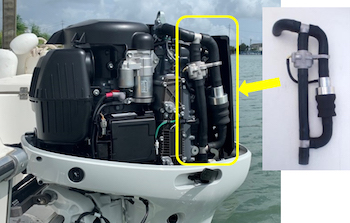 Brea, CA (October 1, 2020) — Suzuki has developed the world’s first micro-plastics collecting system designed to be installed on outboard motors. The device is designed for easy installation under the cowling of selected Suzuki outboard models 40 HP and up. It works by filtering water after it has passed through the engine’s cooling system and before it is returned to the ocean. Because of its innovative design, the system does not impact the driving performance or cooling efficiency of the engine.

This system has been tested extensively aboard Suzuki-powered boats in Japan, and has proven to be highly effective. Research has been expanded abroad and further improvements will be made based on these findings. The filtering system has already demonstrated its ability to collect a wide variety of micro-particle pollution, including urethane, nylon and wood chips, among other materials.

Marine biologists and the scientific community have long recognized the dangers these microscopic bits of pollution — known collectively as micro-plastics — pose to fish, marine mammals and other aquatic life. It is worsening problem that doesn’t recognize national borders and is negatively impacting oceans around the planet. Combating this problem will require a cooperative effort by industry, the scientific community and outdoor enthusiasts around the world. Suzuki sees this new technology developed for its outboard motors as a positive first step in such a collaborative effort.

The unveiling of this device coincides with the launch of Suzuki’s Clean Ocean Project — a new, broad based initiative focused on reducing plastic waste and its harmful effects on the marine environment. As part of this effort, Suzuki is now reducing the use of plastics in the packaging materials of its outboard motors and parts — changes that should reduce plastic waste from business activities by approximately 2.3 tons annually.

Suzuki has a long-standing tradition of working to protect the aquatic environment. The company has long been conducting voluntary cleanup activities in seas, rivers, lakes and ponds where outboards are being used. The first such activity was initiated in 2010 in Hamamatsu, Japan, and subsequently held globally as Suzuki’s Clean Up The World campaign from 2011 to present. To date, more than 8,000 people from 26 countries have participated in a variety of cleanup and habitat restoration projects around the world. These efforts will continue and strengthen in the future with new programs like the Clean Ocean Project.

This new filtering technology, together with Suzuki’s ongoing efforts to raise awareness and participation among outboard users, dealers, boat builders, business partners and other industry stakeholders, is part of an ongoing campaign to benefit the environment.

“We are excited about taking this significant step, where our motors can actually be part of a solution for a critical environmental i 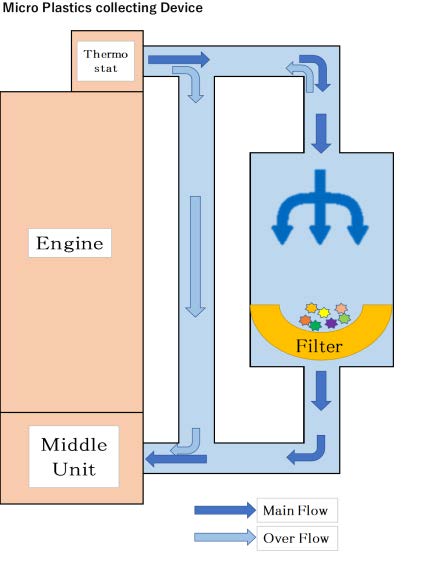 ssue,” said Suzuki Motor of America, Inc. President Max Yamamoto. “We have long recognized that Suzuki customers are avid fishermen and boaters who care about the environment. This is something we can do together to protect our oceans, lakes and rivers so that future generations can enjoy them,” added Mr. Yamamoto. This new device is scheduled to be available as an optional accessory beginning in 2021, with plans to make it standard equipment in the future. 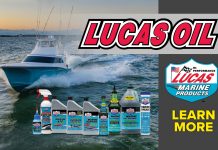