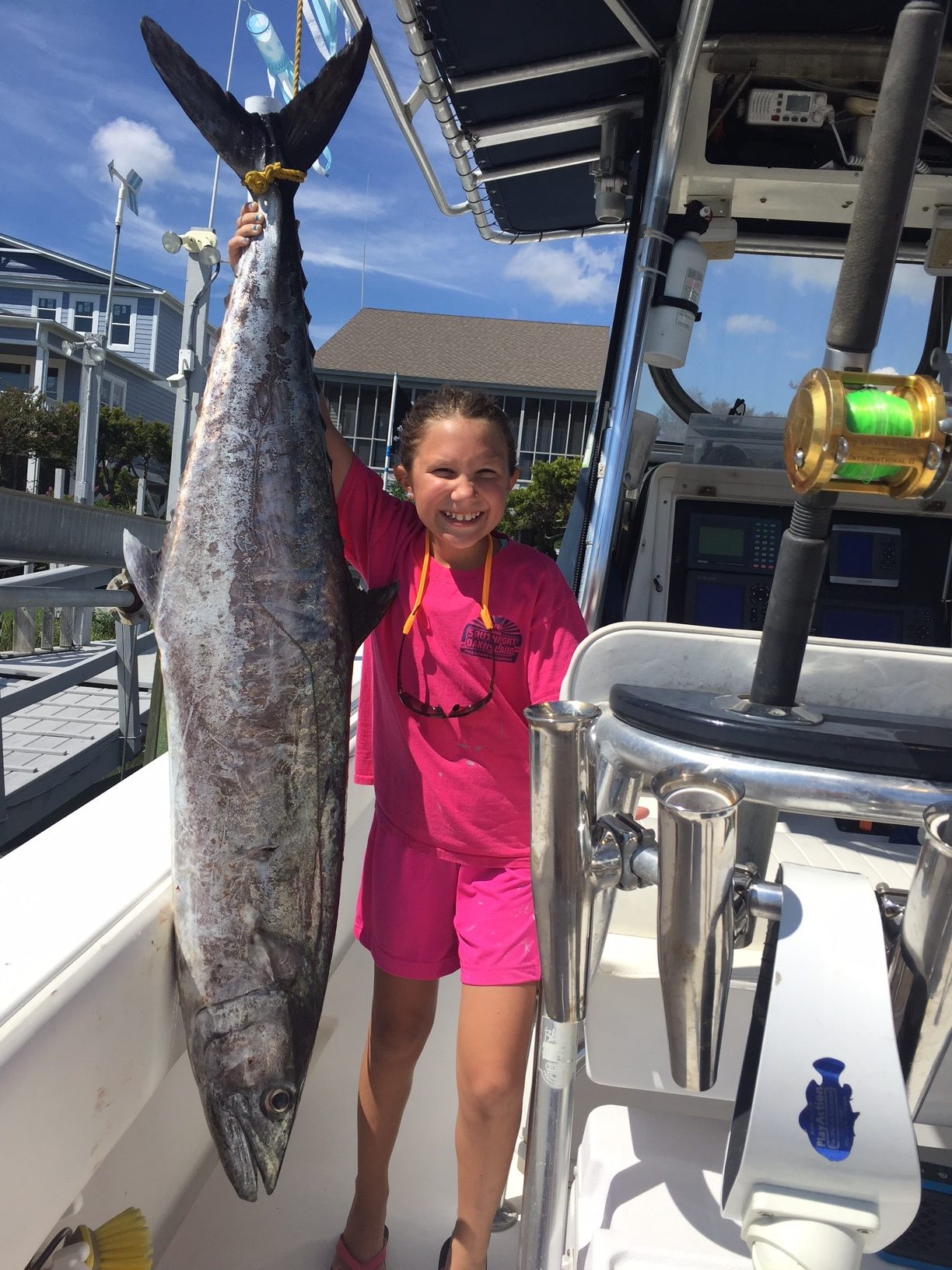 While fishing with her parent on July 19, 10 year old Katelyn Turner of Charlotte landed a huge king mackerel that was more than twice her age and outweighed her too.  Even though the odds were stacked against her, young Katelyn listened to the coaching of her parents, Mark and Michelle Turner, and eventually wore out the big king and led it within gaff range where her mom snagged it.  Several hours later, Katelyn’s big king would pull the scales at Ocean Crest Pier to 56 pounds and 15 ounces.

The Turner’s fishing trip was supposed to be a simple family outing for Mark, Michele, and Katelyn while her brother, Jackson, was away at Surf Camp.  Mark and Michelle hoped that Katelyn would catch her first dolphin on the trip.  Little did they know the big surprise waiting for them.

The Turners got off to a leisurely start and Mark quickly caught some large pogies for bait just outside the mouth of the Cape Fear River in front of Bald Head Island.  With bait secured, Mark turned the family boat, Jaw Breaker, a 27 foot Contender named after Katelyn’s grandfather who had been a dentist, towards the Horseshoe, an area of broken rocky bottom and small ledges about 28 miles offshore and just west of Frying Pan Shoals.  This is an area familiar to Mark Turner as he used to fish it often during the summer months with his dad, who passed away last year, and he felt there would be some hungry fish willing to bite.

“This was to be just a fun family fishing trip while Katelyn’s brother Jackson was away at surf camp,” Mark said.

“We were hoping Katelyn could catch her first dolphin and figured the Horseshoe would be the closest place in that had a pretty good chance of that happening.  We hoped we would see some flying fish too, but the plan was to enjoy a relaxed easy morning of fishing.  We wanted to fish for a few hours and head back in to watch the Long Bay Artificial Reef Association sink the Capt. David Knight Barge on AR 430.

“This was a bit of a sentimental trip too as my dad and I had some good times and caught a lot of fish at the Horseshoe over the years and this was our first family fishing trip there since he passed away,” Mark said. “I can’t help but believe he was watching over us and smiling, especially when Katelyn caught the big king.”

Mark said the action was hot as soon as they arrived and they caught a mixture of fish, including several sharks that approached 150 pounds.  Right after catching a 20 pound false albacore, they had just gotten all the lines back out when something hit the long rigger and began burning it down.  Mark said the fish was screaming the reel as line disappeared, but Katelyn stayed cool and helped her mom clear the other lines before picking up the bent rod.  The fish may have slowed a little by then, but the reel was still howling as it took line.

“We didn’t see the strike, so we didn’t know what it was except it was strong and fast,” Mark said.  “I had to turn the boat to chase it and at one time we were on plane.  It made one long run and didn’t really slow much until near the end of the fight.  I was thinking it was probably a 60 pound class wahoo that had moved in with the bait and warm water.”

Mark was pretty close on the 60 pound class part, but he missed the species completely. It was a short fat king, not a long skinny wahoo, even though it had the speed and endurance normally associated with wahoo.  The big king was 57 1/2 inches long and 25 1/4 inches in girth.

“I’m so proud of Katelyn,” Mark said.  “She handled the rod and reel like a pro the whole fight.  It took a while, but finally she led the big king to the boat and Michele stuck it with a gaff.  When I looked at it and saw how big it was, I stuck it again before we drug it over the side.  It would have been a shame to lose that nice fish from falling off a gaff, especially after Katelyn had fought it so well.

“I don’t think Katelyn realized how big it was when we first got it in, but Michele and I were real excited for her,” Mark said.  “She has since realized it is a big deal and has picked a spot on our fishing wall for her citation and picture.  An added bonus for her is that it made her brother Jackson, who loves to fish, really jealous.”

The big king hit a large live pogy fished on the surface with a green duster.  Katelyn was using an Ugly Stik rod, with a Penn International II LT 12 reel that was spooled with green Ande 20 pound test line.

NOTE:  Research from king mackerel tournaments show that most large king mackerel are females and are pretty old.  Because some fish are longer and thinner and some are shorter and fatter, the relationship of length and weight to age isn’t exact, but a rough comparative table prepared by examining otoliths (ear bones) of tournament caught kings indicates that king mackerel that exceed 50 inches in length or 40 pounds generally are 20 years old or older. 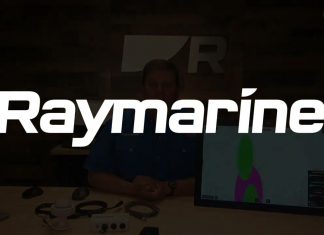