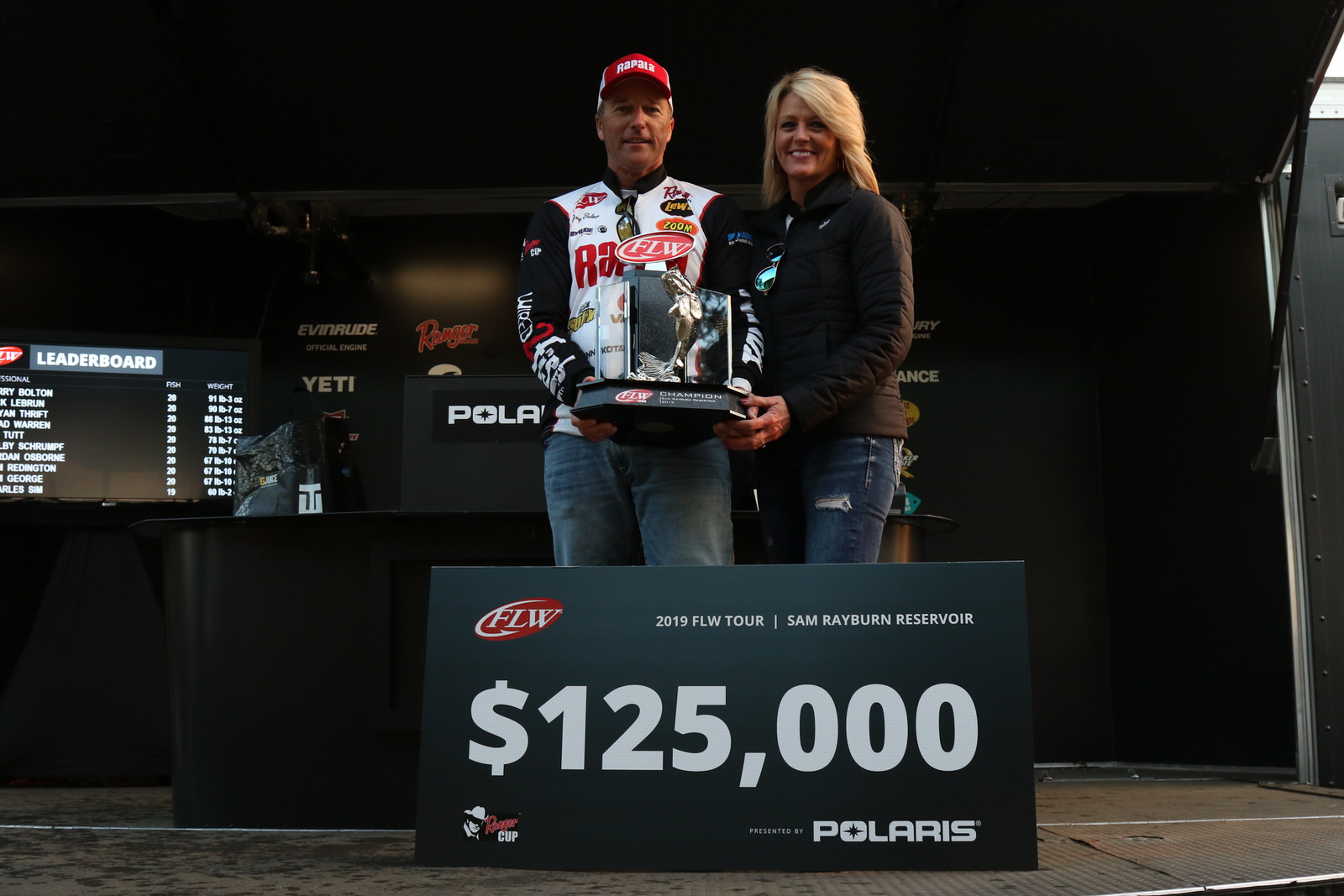 From the swollen shores of Lake Amistad to the near record high water levels at Sam Rayburn, Strike King pro Ray Hanselman and Lew’s pros Terry Bolton showed an unconventional way to victory, despite the high water. Both anglers stayed away from the flooded conditions and fished deep diving crankbaits on outside hydrilla lines for their victories. The age old theory that “bass rise with the rising water” wasn’t the case in the first two events of the season.

After years of guiding on Lake Amistad, Strike King pro Ray Hanselman proved he knew a thing or two about fluctuating water levels in route to a dominating win at the FLW Costa event held on Lake Amistad. Hanselman relied on a couple of techniques from drop shotting to deep cranking, with deep cranking being the main technique that earned him the win. Hanselman turned to a Strike King staple for his cranking efforts; the Strike King Pro Model 5XD. The 5XD dives about 15 foot deep on 10 pound line and that was exactly how Hanselman fished it. The top of the grass sat about 15 foot under the water and the 5XD would “tick” the top of the grass perfectly to entice a strike. Hanselman targeted isolated clumps of grass, instead of areas that had acres of submerged hydrilla like his competitors did. Beyond the technique, he also pointed out that color was key to his success. The 5XD comes in a wide variety of colors from Sexy Shad to Chili Craw, but Hanselman went with a subtler approach using the transparent color called Crystal Shad. He chose Crystal Shad because the water tends to be more clear at Amistad and the fish can see brighter colors from further away. The transparent color makes the fish react better when it comes by their face and is ripped out of the grass. Given the swollen water levels and the deep grass, Hanselman figured out that his best chance for a back-to-back win on Amistad would be fishing the deep hydrilla and he executed his game plan perfectly. 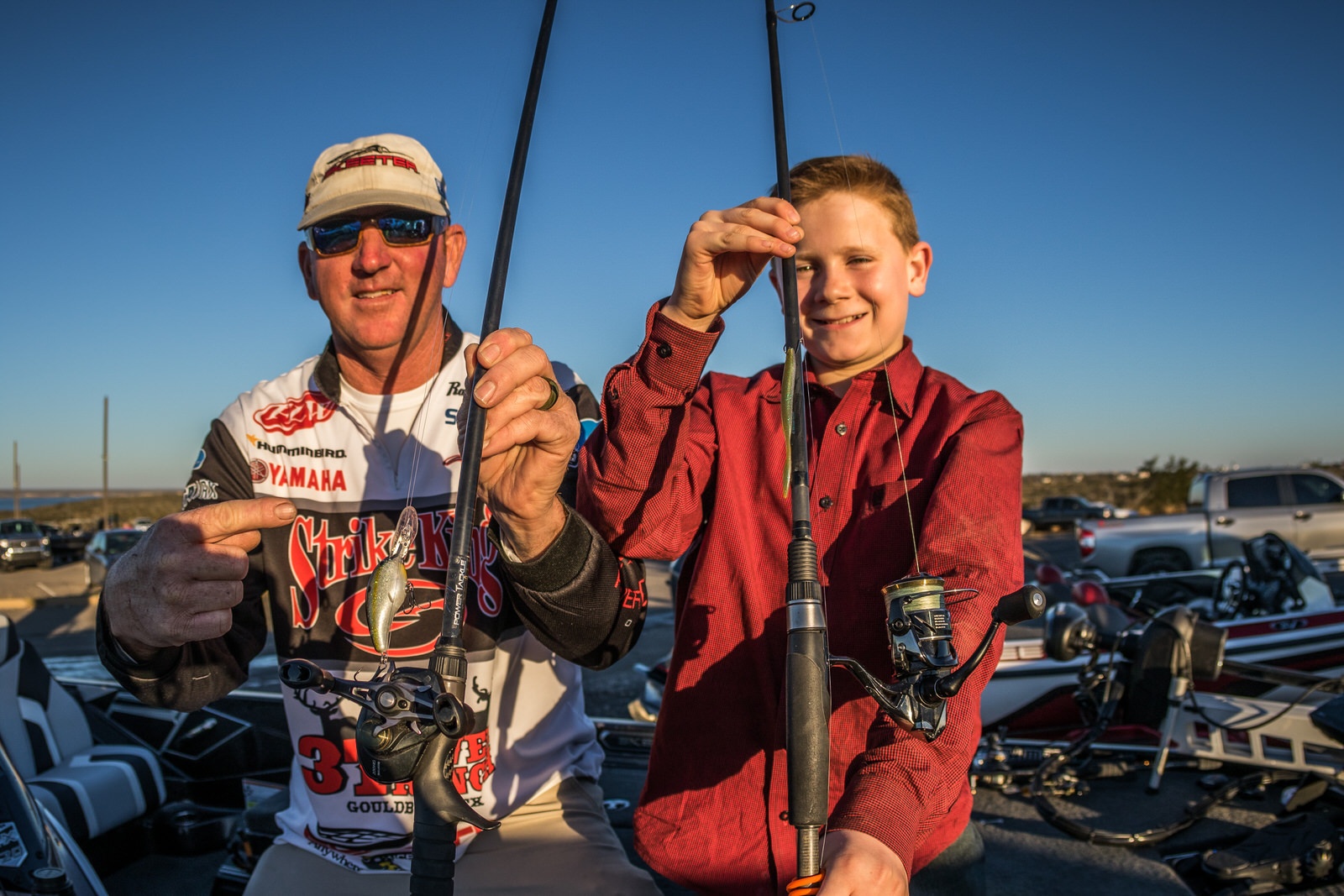 Known as one of the best deep water fishermen on the Tennessee River, National Lew’s pro Terry Bolton bested a field of some of the best pro’s in the country at the first FLW Tour event of the season on Sam Rayburn with a total weight of 91 pounds 3 ounces. Just like Hanselman at Amistad, Bolton scoured the inside and outside grass lines of Sam Rayburn with a deep diving crankbait. Sam Rayburn was nearing record high water levels throughout the event, leaving the majority of the lakes famed hydrilla much deeper than many had ever seen it. Typically, on Rayburn the outside hydrilla line is around 8-12 foot of water, but with the swollen lake levels the outside line ranged from 18-26 foot deep. Bolton believed that the best chance of the winning was fishing the hydrilla and figured out his two pronged approach early on in practice. Focusing on the Harvey Creek area of the lake, which is known to produce some of the biggest bass on Sam Rayburn, Bolton targeted the inside edge of the grass with a 10 ft range crankbait and 14 ft range crankbait in a red color. Beyond the crankbaits, Bolton relied heavily on his Team Lew’s Custom Pro Ledge Cranking Rod and paired it with a Lew’s BB1. When cranking grass in cold dirty water, slower always seems to work better. Bolton chose the BB1 for two reasons; 1: The casting distance on the BB1 is unmatched. In some cases, the BB1 can outcast competitor’s reels by 15 to 25 yards with a deep diving crankbait. 2: The BB1 comes in a 5.1:1 gear ratio, which allows you to slow your crankbait down to “snail’s pace” and helps you trigger bites from fish that aren’t really interested in eating. When fishing the outside hydrilla lines, Bolton used the same Lew’s rod and reel combo that he turned to for the medium running crankbaits but opted for a 16 ft range crankbait in chartreuse with a blue back. Bolton fished the deeper diving crankbait in sparse grass on the outside line and needed to make contact with the grass to trigger a strike.

Despite rising water levels and two totally different fisheries, Amistad and Rayburn fished quite similar. Has the age old question do “bass rise with rising water” been debunked? Regardless if it’s right or wrong, both Hanselman and Bolton proved that sometimes fish stay deeper with rising water than many would expect.