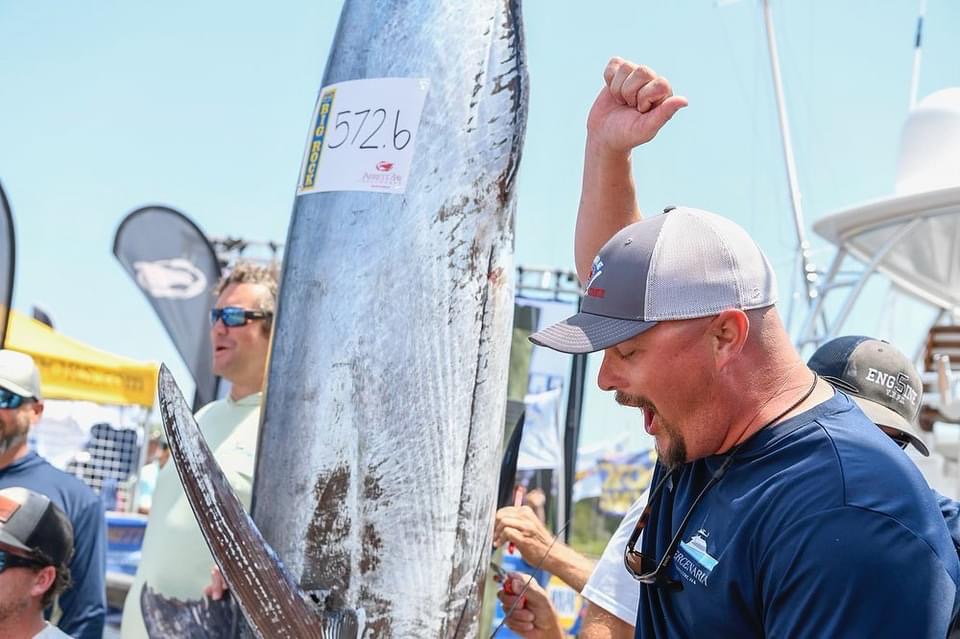 Captain Neil Sykes and his crew on the Mercenaria landed a 572.6 lb Blue Marlin on Day 1 of the Big Rock Blue Marlin tournament. At the time the catch earned $777,750 for the Fabulous Fisherman’s prize as the tournament’s first qualifying blue marlin over 500 pounds.

The 72-foot Viking, docked at the Virginia Beach Fishing Center in Rudee Inlet, includes crewmembers from Virginia Beach and the Eastern Shore. The Mercenaria is owned by Chad Ballard, president of Cherrystone Aqua-Farms in Cape Charles.

Five days after landing the Blue Marlin, and several weigh-ins Neil and the crew we’re finally able to  celebrate as they claimed the grand prize of $3,489,813. 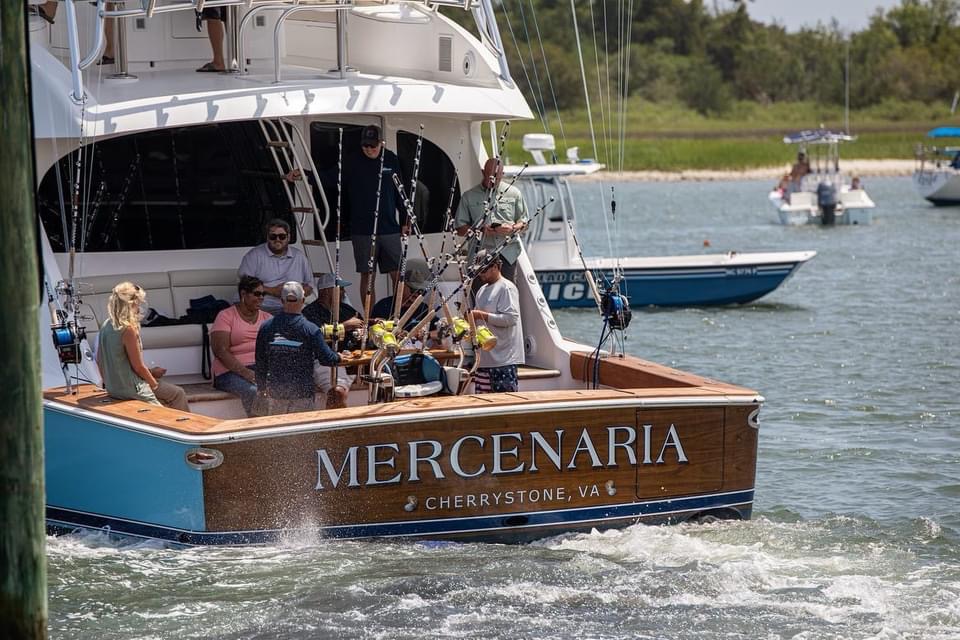 The Wall Hanger (Spencer), a Morehead City boat, finished in second place with a 556.4-pounder, followed by High Yield (Charleston, South Carolina) with a 526.7-pounder.