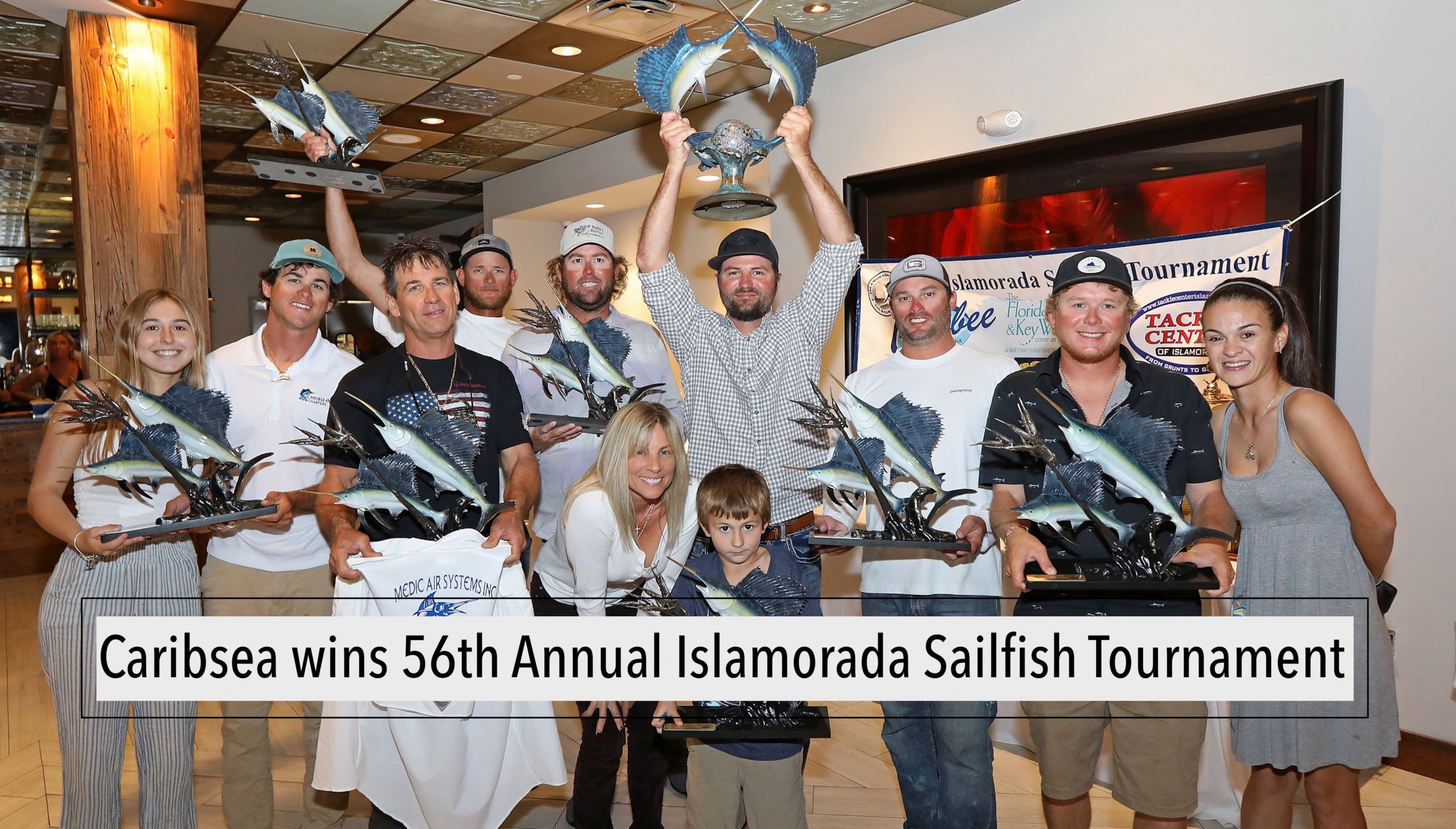 The 56th Annual Islamorada Sailfish Tournament kicked off at Whale Harbor hosting 80 anglers, plus friends and family with a grand buffet. Great Sailfish action started on Friday morning and continued over the next three days concluding on December 8th.  Captain KC Spaulding of the Caribsea led anglers Kenny Spaulding, Sam Milazzo, Phillip Bryan and Lee Gahagen all from Islamorada, FL to the winner’s circle with a total of 19 sailfish releases. The team took home beautiful sailfish sculptures sponsored by Caribee Boat Sales and Yamaha Outboards.  141 Sailfish were released out of the 154 called in hook ups with nearly $55,000.00 going to the winners.

Anglers were greeted with great conditions on the first day of fishing and it did not take long for Caribsea to call in a hook up.  Sam Milazzo would release the team’s first sailfish at 9:16. At the end of the day the Caribsea would be in the lead with 10 releases followed by the Kelly Dawn with 7 and the Contagious with 6.

Day two would start out early for Caribsea as captain KC called in a hook up at 8:38AM.  30 minutes later, angler Kenny Spaulding would release the sail. Meanwhile team Remix would capture a triple header of sails and the Contagious would release a fish.  At the end of two days of fishing the Caribsea would hold on to the lead with 16 fish, followed by the Contagious with 13 and Remix with 9.

The final day of fishing saw a lot of action.  Captain Brian Cone aboard his charter boat Contagious along with anglers Mark Mitchell and Kenneth Padgett both from Charleston, NC, Travis Bennett and Andy Cone from Tavernier, FL and tournament photographer Tim Rahn from Islamorada would put the pressure on the Caribsea.  In the end the Caribsea would take home the top honors with their 19 releases. Caribsea angler Sam Milazzo would release 8 of those fish winning the Bill Hirni highpoint angler award as well as an amazing sailfish sculpture sponsored by Tackle Center of Islamorada, Contagious would take second spot with 16 releases and take home beautiful sailfish trophies also sponsored by Tackle Center of Islamorada.  Angler Andy Cone would take second place in the junior division with one release.

Anglers Brian Devries, Kyle Diaz and Mike Marz all from Grand Rapids, MI along with mate/anglers Dan Flynn, Travis Butters and Brandon Hopper all from the Upper Keys would pick at sails each day beating both the Remix and Relentless on time with 12 fish.  The Challenger was awarded beautiful third place trophies. They also won most tagged sailfish awards by tagging 10 of the 12 fish released

In true Islamorada style, the sailfish weren’t the only fish biting on this beautiful weekend.  Angler Kenny Spaulding on the Caribsea would land a 29 pound African Pompano caught on a kite bait to win Whale Harbor’s sponsored Most Outstanding Catch award.  The Largest Tuna was caught by Kirk Sentz of Tavernier, FL fishing aboard the Two Reel weighing in at 19.8 pounds. The largest Mackerel award went to angler Sam Chastain from Indianapolis, IN with a 7.4 pound kingfish.  Kelly Dawn’s Patrick Nutt caught the largest dolphin weighing in at 11.6 pounds. 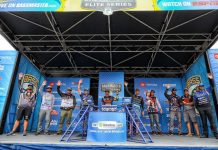 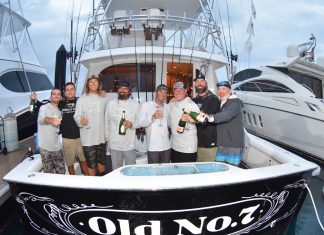 TeamPCF - January 16, 2020
Some traditions come and go, while others last a lifetime. Fishing in the Silver Sailfish Derby at the height of the sailfish season in...

Gear Prep To End – And Start – The Season