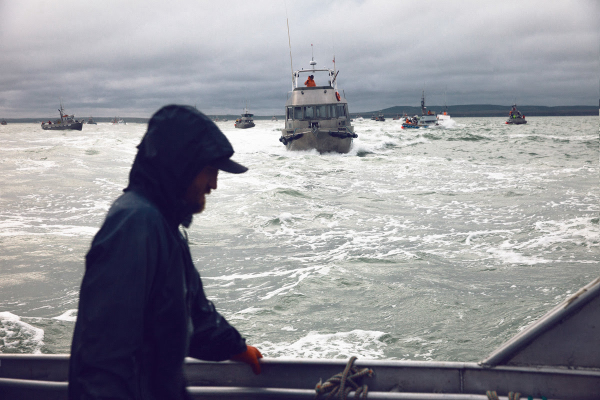 In a recent hearing of the House Subcommittee on Water Resources and the Environment, expert witnesses testified in opposition to the Pebble Mine project proposed for the headwaters of Bristol Bay in Alaska. Seated beside the CEO of the mining company that would benefit from the construction of Pebble, an environmental scientist, local sporting outfitter, and commercial fisherman highlighted the very real concerns of Alaskans and outdoor businesses.

Reminder: The now-infamous plan to carve out an open pit at the headwaters of Bristol Bay’s two largest rivers would threaten clean water in one of the finest fishing destinations on Earth and degrade fish habitat in a region that produces about half the world’s sockeye salmon. If Pebble were constructed, billions of tons of mine waste could remain in the area forever.

But that’s not all. Here are three lessons lawmakers learned from anglers and experts who know the real stakes.

We’re Talking About 100% Consumption of the Habitat

Brian Kraft, owner of two remote sportfishing lodges in Alaska and an advocate for Bristol Bay’s salmon for the past 15 years, hosts fishing clients from every state in the nation and not one has failed to remark on how unique the landscape and fishery are. He says he and his wife understand the concerns of businesses in their community as part of the $65-million sportfishing industry in Alaska.

In his testimony, Kraft pointed out that the simple question of “Is this the right place to mine?” can only be answered when you assume that the mine will consume 100 percent of the habitat it touches. In this particular case, you can’t directionally drill and you can’t shift the ore deposit, so the smaller of the two mine proposals would still consume 80 miles of streams and 3,500 acres of wetlands in an area that was legislatively preserved for its fisheries in 1972.

Three generations of Mark Niver’s family have worked as commercial fishermen in Alaska, and as an expert witness, he pointed out that fishermen are just one link in a chain—Bristol Bay’s salmon fishery employs 14,000 people every summer and generates $1.5 billion in worldwide economic activity. But he adds that this wouldn’t be possible without the area’s pristine, undeveloped freshwater habitat and science-based fisheries management. “For over a decade, the proposed Pebble Mine has cast a shadow of uncertainty over my livelihood and my family’s future,” he said. “Nowhere in the world has a mine of this type and size been located in a place as ecologically sensitive as Bristol Bay.”

After weighing in thoughtfully at multiple stages of the lengthy public process to consider the mine, commercial fishermen have not had their concerns adequately addressed by the Army Corps of Engineers. Niver told lawmakers that he fears the permitting process is a runaway train toward approval, despite the science indicating that salmon and Pebble Mine cannot coexist.

Unless the Proposed Footprint is Expanded, the Mine Will Lose Money

In his testimony, geologist and environmental scientist Richard Borden agreed that energy development is necessary in our society, but not all ore deposits can or should be mined. He believes Bristol Bay is the most “sensitive, globally significant, and challenging environmental setting” of any project he’s ever reviewed in more than 30 years of consulting for the mining industry, and the environmental impact statement completed by the Army Corps of Engineers in haste six months ago is deeply flawed. But, perhaps most surprisingly, he points out that the mining company is basing their timeline and promises about impact avoidance on examples of much smaller mines. To construct a mine on a scale that—they say—would minimize environmental risks, investors would certainly lose money, and pressures to expand the mine’s footprint would likely follow.

Now You Have Three Reasons to Get Involved

This testimony gives anglers three more reasons to speak out against Pebble Mine and safeguard habitat and our fishing opportunities in Bristol Bay. Sportsmen and women sent thousands of messages to the Army Corps during the last public comment period, but our lawmakers need to hear from YOU to influence Bristol Bay’s future. Reach out to your senators NOW using our simple action tool.