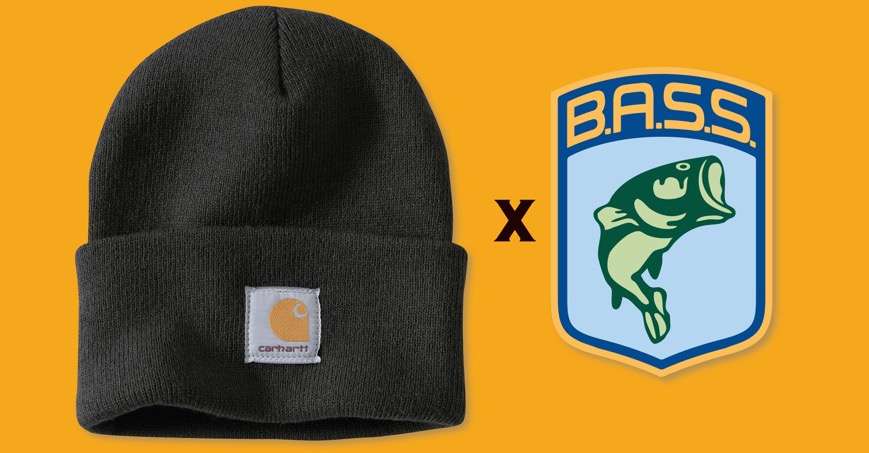 The GEICO Bassmaster Classic presented by DICK’S Sporting Goods not only raises the game of the world’s best anglers, but it often brings out the best in the fishing industry and its faithful fans in a unified celebration of the sport. And a recently announced cooperative effort between Carhartt, B.A.S.S., and the South Carolina B.A.S.S. Nation epitomizes that spirit.

During the three-day 2018 Bassmaster Classic Outdoors Expo presented by DICK’S Sporting Goods in Greenville’s TD Convention Center March 16 -18, hard-working folks from the Carhartt manufacturing plant in Kentucky will be in the Carhartt exhibit booth sewing the iconic B.A.S.S. logo on Carhartt’s famous “A18” acrylic watch cap.

Fans who choose to donate $5 to the South Carolina B.A.S.S. Nation Conservation fund at the Carhartt booth will receive one of the limited edition hats ideally suited for cool weather work or fishing, and all funds collected from this conservation-minded project at the Classic will then be donated to the South Carolina B.A.S.S. Nation to buy gloves, boots, tools and trash bags for high school anglers and other volunteers who will be cleaning up trash from 11 South Carolina fisheries.

“We have around 500 youth and high school members in the South Carolina B.A.S.S. Nation, and 11 bodies of water in need of shoreline and boat ramp cleanup. We plan to involve all of our youth in this win-win project, and the funds collected at the Carhartt booth by supportive fans will aid greatly in our efforts,” said Randy Mosley, president of the South Carolina B.A.S.S. Nation.

Fans attending the 2018 Bassmaster Classic are encouraged to stop by the Carhartt booth, located next to the Skeeter Boats booth, for a chance to show their love of bass fishing and cleaner waterways by supporting the initiative to clean up South Carolina fisheries — and walk away with a limited edition Carhartt B.A.S.S. cap.

Established in 1889, Carhartt is a global premium workwear brand with a rich heritage of developing rugged products for workers on and off the job. Headquartered in Dearborn, Michigan, with more than 4,600 associates worldwide, Carhartt is family-owned and managed by the descendants of the company’s founder, Hamilton Carhartt. For more information, visit www.carhartt.com and follow @Carhartt on Twitter.

The 48th world championship of bass fishing, the GEICO Bassmaster Classic presented by DICK’S Sporting Goods will host 52 of the world’s best bass anglers competing for more than $1 million, March 16-18 on Lake Hartwell, South Carolina. Competition and takeoff will begin each day at 7:30 a.m. ET at the Green Pond Landing in Anderson (470 Green Pond Road). Weigh-ins will be held daily March 16-18 at 3:15 p.m. in the Bon Secours Wellness Arena in downtown Greenville (650 N. Academy Street).