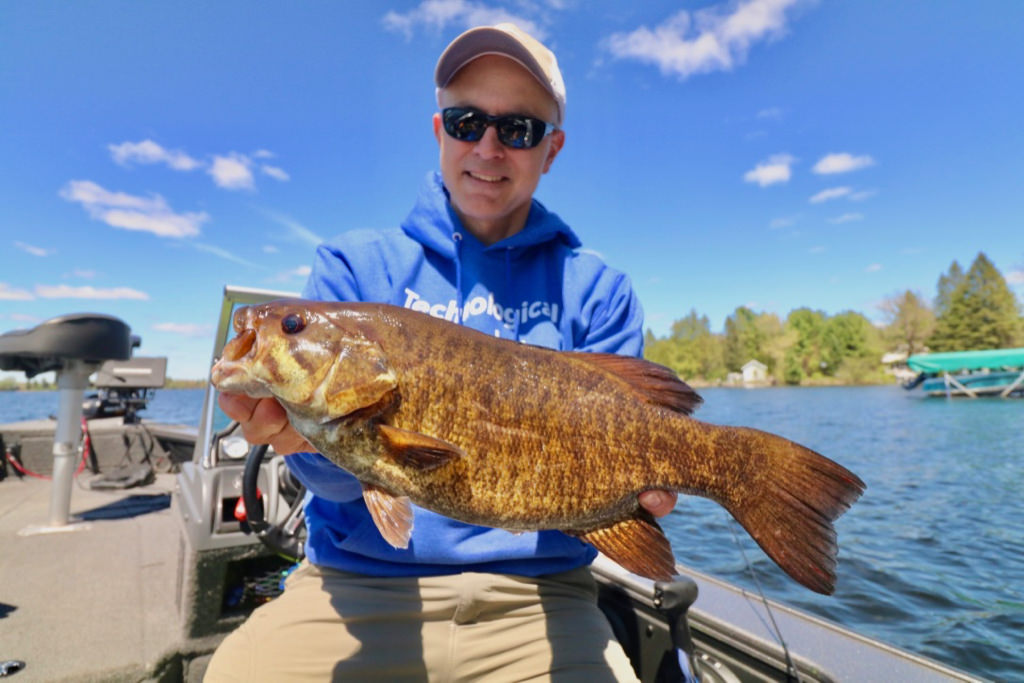 Manage the angle of the dangle

True revolutions are rare in fishing, and even when we see something deemed “revolutionary”, that product or technique is, more often than not, a simple adaptation of an existing presentation or piece of equipment. In the recent past, one such “revolution” was the Alabama Rig, a castable umbrella rig that rose to national prominence in 2011 after Paul Elias used it to dominate an FLW Tour Open on Lake Guntersville. While new to the world of competitive bass fishing, umbrella-type spreader rigs had been used by anglers for decades prior, largely as a trolling rig for striped bass off the coast of New England and for freshwater stripers in large southern reservoirs. As such, I would argue that the Alabama Rig is less revolution than it is a timely evolution of a proven technique to a new situation.

Nevertheless, the history of bass fishing is decorated with a few honest revolutions. One such radical departure from the accepted norms was Nick Creme’s invention of the artificial soft plastic worm in 1949. While many bass anglers at that time – before the advent of tournaments, artificial-only rules and the catch-and-release ethic – were rigging live nightcrawlers on multi-hook harnesses to tempt bass destined for the frying pan, Creme envisioned a longer-lasting, more convenient alternative that looked and acted like the real thing. Working in collaboration with chemists near his Ohio home, Creme and his wife melted their own plastic, poured it into molds of their own design, and in 1951, began selling the original Creme Wiggle Worm.

Fast forward nearly seven decades, and a stroll through the tackle aisles of any sporting goods store quickly reveals the impact of Creme’s revolution. Bass anglers can now present soft plastics of virtually any imaginable shape, profile, and color to fish inhabiting every part of the water column. We can fish them alone or in combination with other lures, we can present them on spinning or casting gear, and everyone – from seasoned tournament pros to kids fishing from the bank – can find success with soft plastics.

Fishing for bass with soft plastic baits has become less revolution, and more evolution, in recent years. One of the most fascinating aspects of chasing bass with soft plastics today is the angle that the lure is presented within the water column. Indeed, some presentations offer the soft plastic lure at a nearly horizontal angle, while at other times, bass respond best to a vertical bait – one that is standing straight up. Let’s examine this “angle of the dangle” and explore horizontal and vertical soft plastic presentations for bass.

Let’s begin by considering a classic presentation in which the soft plastic lure is presented horizontally within the water column, one that has evolved from a standard nose-hooked worm: the Wacky rig.

To rig a worm Wacky style, simply fold the bait in half and pass the hook right through its midpoint. Stick worms, like the classic Yamamoto Senko or the more buoyant Z-Man Big TRD, tend to work better than supersized worms with curly tails or appendages. Once in the water, the Wacky-rigged worm falls descends quite slowly with the bait horizontal (or nearly so), its head and tail shimmying gently in the water. In my mind, I picture a worm rigged this way as mimicking a minnow or other slender baitfish suspended in the water column, twitching its tail and pectoral fins every now and then to stay in position or move in small increments. The lure may fall at its own rate, determined by the density of the soft plastic itself, or it may descend at a faster rate if Wacky rigged on a jig.

Wacky rigged soft plastics are very versatile lures. We enjoy tremendous success fishing them along deep weed edges, where their slow fall and seductive wiggle can entice bass buried in thick vegetation, as well as above the greenery on extensive weedy flats and points. In the former case, we tend to use a Wacky-style jighead to keep the bait moving slowly toward the bottom; however, when fishing in the limited open water above weeds, we Wacky rig our baits weightless, which keeps the baits visible, and vulnerable, for longer periods of time.

After the cast, your movements of the Wacky rigged bait should be subtle: less is certainly more when Wacky rigging. Give the lure a couple of short, quick twitches to energize the head and tail, and then let them wiggle on their own as the bait falls slowly within the water column. Impart a couple of additional quick twitches as the lure approaches the bottom, and then start all over again. In our experience, the vast majority of Wacky rig bites occur as the lure is on its initial descent, especially when fishing along deep weed edges. If nothing assaults the lure before it hits the bottom, crank it up and cast out again, ten feet farther down the weed edge, giving the next bass a long look at your Wacky rig.

A Wacky worm turned on its head: the Neko rig

The closer we get to the bottom, the more important it is for a lure to have a vertical profile. The primary reason for this shift away from a horizontal lure is simple: a vertical lure, standing on its head with its tail wiggling in the current, is far more visible to bass – classic visual predators – than a horizontal lure which quickly disappears into cover.

The Neko rig represents another evolutionary step in soft plastic presentations, derived from the popular Wacky rig. Tracing its origins to Japan, the Neko rig is fundamentally a Wacky rigged soft bait with one weighted end. When rigged this way, the lure falls vertically through the water until it hits bottom and then, on a tight line, stands up straight on the bottom, visible and vulnerable to nearby bass. As the angler pulls the lure back toward the boat, the weighted end of the Neko rig scratches and crawls along the bottom while the upright tail wiggles seductively in the water above.

Beyond simply adding a weight to the head of the soft plastic bait, Neko rigging also entails one more tweak beyond the simple Wacky rig: placement of the hook. While Wacky rigged stickworms are typically hooked at their midpoint, Neko rigged baits feature a hook placement that is closer to the unweighted tail. Hooking the bait closer to the tail promotes a more vertical fall through the water column, and also ensures that the hook is closer to the end of the lure that is typically struck by attacking bass as it is worked across the bottom: the exposed tail.

The popularity of the Neko rig has driven a number of Neko-specific tackle innovations to make this presentation even more productive. Weights have evolved from simple finishing nails to dedicated Neko weights with barbs or other soft plastic keepers to promote longevity and retention within the bait. These weights can even be dressed with a skirt to impart additional action as the weighted end of the bait crawls along the bottom.