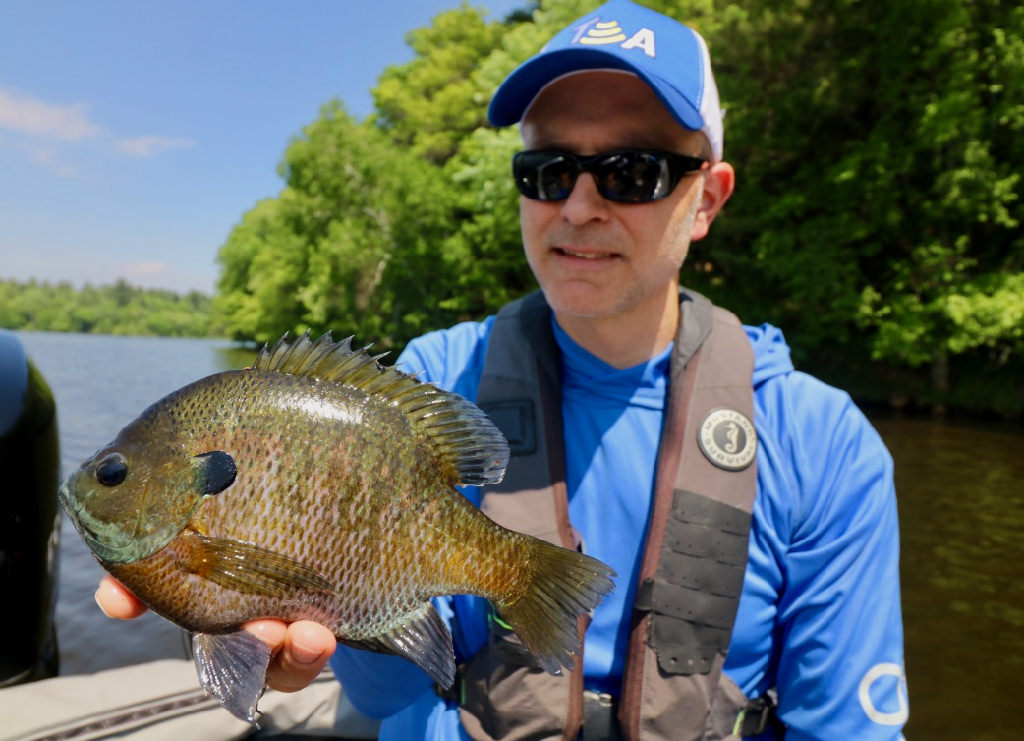 Panfish occupy a special place in the hearts of nearly all freshwater anglers. Most of us can trace our fishing roots back to childhood days spent staring at a classic red-and-white bobber in anticipation of the next bluegill’s nibble. With age and experience, many of us pivot our fishing passions toward larger, more glamorous finned adversaries; yet, fond memories of slab crappies swimming in the livewell and perch fillets earning the “hot grease release” remain.

A 2016 survey conducted by the US Fish and Wildlife Service found that panfish are the second most popular freshwater targets, trailing only the various black bass species. A quick inspection of my own fishing logbook reveals that I chase gills, crappies, and perch during about half of my trips, with the rest split among bass, walleyes, muskies and pike. Chasing super-size panfish continues to captivate me, in much the same way that logo-emblazoned bass anglers pursue 10-pounders, or walleye specialists aspire to join the 30-inch club.

Trophy-caliber panfish are old, wise, and rare. They must be stalked like an antler-clad buck, their patterns deciphered with the same precision that we apply to any oversized apex predator. Read on for hard-earned insights that may make you leave the bass gear at home, while reaching for light and limber panfish tackle instead.

It’s certainly true that most lakes, rivers and reservoirs offer some sort of panfishing – but true trophy panfish opportunities are rare, and do not necessarily arise from the same bodies of water that see big numbers of gills, crappies and perch harvested for the dinner plate.  Fisheries managers have begun to recognize and appreciate the relatively fragile nature of memorable-size panfish populations. Indeed, one of the most prominent factors that prevents more lakes from hosting trophy-caliber panfish is harvest, especially in northern states where growing seasons are shorter than they are in the south.

For example, in my home state of Wisconsin, the general harvest limit for panfish can be as high as 25 fish per angler per day. Our neighbors to the west, in the state of Minnesota, can harvest up 20 sunfish, 20 perch, and 10 crappies each day. Those are some heavy baskets of fish, and if the wrong fish – those with the genetic predisposition to grow larger than their many cousins – are in the pail, it’s impossible for them to contribute to a panfish population that includes many oversized specimens.

One factor that guides my search for new quality panfish opportunities is the presence of restrictive harvest regulations. In my home state, an increasing number of lakes have special regulations, each tailored for the specific body of water and its own panfish population. In some cases, anglers are allowed to harvest ten fish, rather than 25. In other cases, a reduced daily bag limit applies specifically to the spring months, when spawning panfish are shallow and particularly vulnerable. In these and other cases, the fisheries management goal is to keep more quality-sized fish in the lake, where they can pass on their genetics to future generations. From my experience, these regulations work, often exceptionally well.

If your home area doesn’t feature lakes with restrictive panfish harvest regulations, then think big. Focus on larger bodies of water where fishing pressure can be spread out over a significant area, during both the spring spawning period and in the winter, when panfish populations become concentrated in and near deep water.

Look to the mud

Once panfish disperse from the shallows after their spring spawning rituals, finding them consistently requires that we locate their forage base. Yes, we need to think about panfish, and what they eat, in much the same way that we consider predator/prey relationships for any finned adversary.

Big panfish – like ‘gills over 10”, perch over 12”, and crappies over 14” – are meat eaters. Minnows, bugs, and bug larvae are on the menu. There are times when the panfish diet is dominated almost exclusively by aquatic insects: the early summer period when bugs are actively hatching, and the winter period when panfish settle into deep water. During both periods, locating soft, muddy bottom is the key, as this is where the bugs will be – find the food, and you’ll find the big panfish.

When mayflies and caddis flies are landing on my truck and boat while I’m trying to launch in the morning, I immediately know how I’ll be spending my day in pursuit of big panfish: patrolling shallow mud flats with light jigs and soft plastics. Depths of six to eight feet are frequently most productive, especially on stained or turbid bodies of water where deep weed growth is limited. Fish are seldom concentrated in specific areas on these mudflats, so to find them, I cover water by trolling jigs, using my bowmount trolling motor to pull me across the flats at GPS-measured speeds of 0.7-0.9 mph. My primary lures are soft plastics in the 1.5-2” range, rigged on 1/16 or 1/32 oz jigs. A thin wire “keeper” that runs alongside the hook helps to keep the plastic rigged and aligned properly and ensures than a large number of fish can be caught and released from a single bait.

When trolling jigs for panfish, I use long, sensitive Panfish Series rods from St. Croix Rod, with the 7-foot, light power, extra-fast action rod (PFS70LXF) bring my favorite. I rig this rod with a 1000-series spinning reel spooled with Seaguar Smackdown braided line in 15 lb test. That seems like a lot of line for panfish, but the miniscule diameter of Smackdown (15 lb lest has the same diameter as 4 lb test mono) makes it the right choice for this application. Moreover, the ultra-tight weave and smooth finish of Smackdown makes long casts a breeze, perfect for long-line jig trolling.

Don’t expect to find vast schools of super-sized panfish when fishing the flats. Recognize that big perch, crappies, and ‘gills are often solitary predators. When you catch one, drop a waypoint on your fishfinder, and start looking around that waypoint for more fish. Replicate your depth, speed, lure style and jig weight to the extent possible, oy systematically vary them until you crack the trophy panfish code.