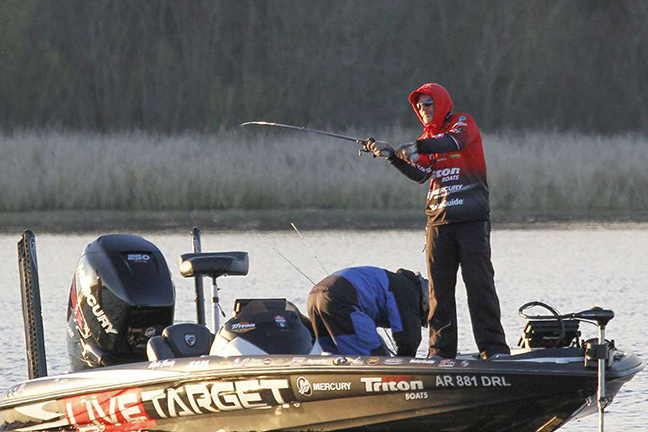 A similar story played out this past weekend on Mississippi’s Ross Barnett Reservoir, where Arkansas-based Raymarine pro Stephen Browning took top honors at the 2018 Bassmaster Central Open after finishing second on Ross Barnett in 2013 and fifth in 2015. 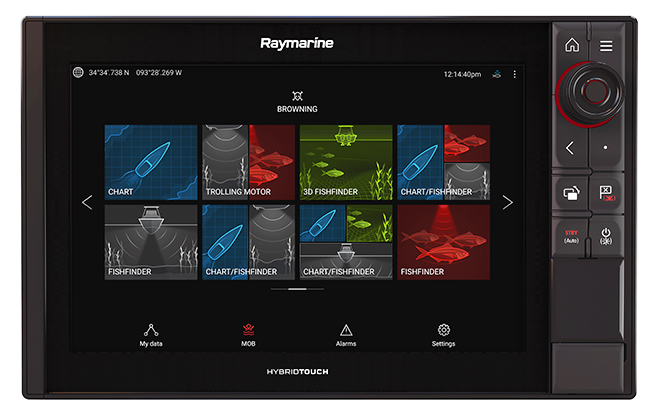 The other commonality between the two wins can be found at the console and bow of each pro’s boat—Raymarine Axiom Pro multifunction navigation displays.

“The clarity and speed of Axiom is absolutely amazing. If it looks like there’s a fish there, it’s a fish. The CHIRP Sonar, DownVision, SideVision, RealVision 3D, and how fast the mapping responds is just amazing,” said Lane.

Similarly, Arkansas-based bass pro Stephen Browning attributed much of his recent Ross Barnett Reservoir win to his electronics. “My Raymarine Axiom units really helped me hone in the right areas,” said Browning. “In my chart view, I had the tracking system on to make precise runs to and from the areas I fished, which were largely shallow three- to four-foot flats—either stump fields or eel grass edges.”

“During Monday morning practice I idled two miles or more with the intention of finding fish-holding stumps, also marking them for quick and safe navigation. Every time I found one, I would drop a waypoint on my Axiom Pro’s Navionics Platinum+ map and then idle around the stump in a tight circle to make sure that was the only stump there. Then, once I found a good route that I could take, I could save a good 15 minutes a day by not having to idle through these areas.” 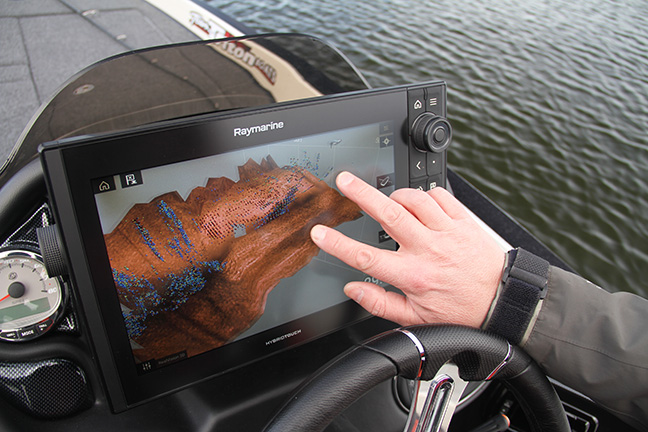 “During Tuesday’s practice I spent a lot of time looking for and marking grass edges with my SideVision. Then I would back out and look closely at my SideVision screen for any kind of grass edge irregularities. I’m always amazed with what Raymarine can do in the shallow zone. I can see all the little details that often set you apart from other anglers. That translates to 100% confidence in my electronics.”

Browning’s experience with Raymarine SideVision goes back 2015, the year he finished fifth at the same BASS Central Open.

“When I fished Barnett in 2015, I learned to dial back the SideVision range on my Raymarine eS series units to look 25’ to 30’ off each side of the boat. It performs better in that extremely shallow three- to four-feet of water than any other side-looking technologies I’ve used in the past,” said Browning. 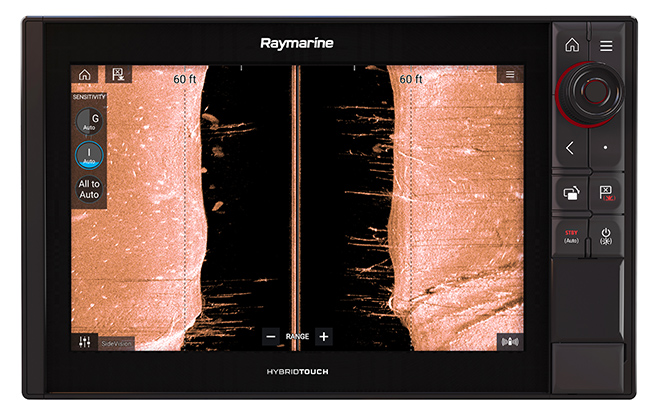 When using SideVision, Browning prefers the copper palette. “I’ve always used it. My eyes just see that particular color better, even in the sun, and I can identify cover, fish, and bottom irregularities.”

Not only did Browning’s Axiom units help him find the right cover and navigation routes, the time he saved was critical to this particular tournament win.

“The fifth fish every day came within minutes of me having to leave. It was really fishing for five key bites a day. Had I not had the confidence that I could run in and out of that place quickly and safely—rather than having to leave 15 or 20 minutes earlier to idle out—then I wouldn’t have caught those fish. I would’ve been idling, not fishing. This was a tremendous key to winning the event.”

Browning finished the three-day event with 15 bass for 44 pounds even, jumping from fifth place on Saturday to first on the final day, edging out second-place finisher Ken Iyobe by just over two pounds. Following this win, Browning proceeds to the 2018 Bass Pro Shops Bassmaster Opens Championship, Oct. 18-20, location TBA.