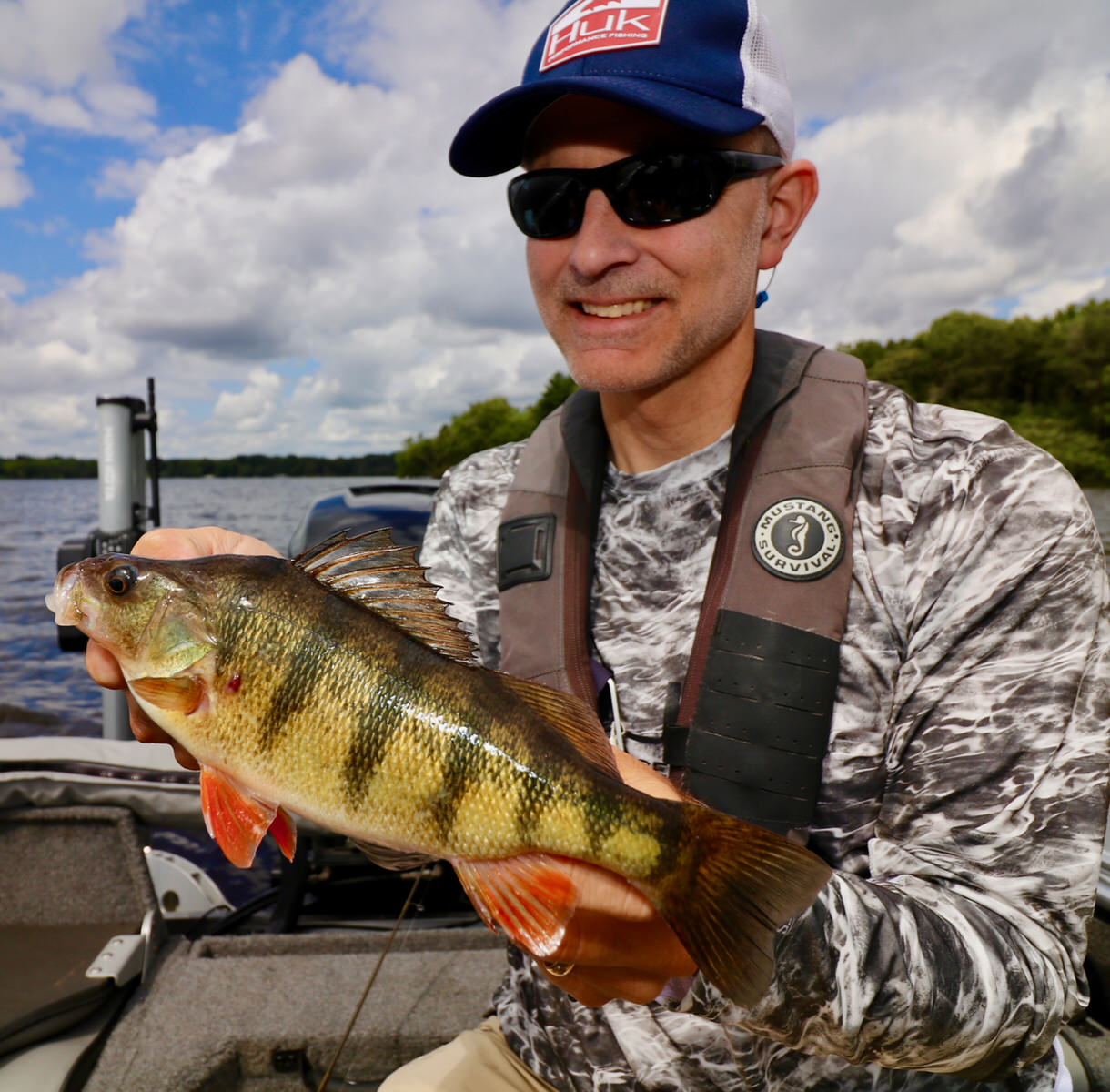 It seems like everything bites better in the fall. The stress of summer’s high water temperatures is a thing of the past, and the intense pressure of incessant boat traffic is finally in the rearview mirror. As anglers, we like it better – and the fish we’re chasing like it better too.

Panfish – especially crappies and perch – are some of my favorite targets in the fall. Frequently scattered within heavy cover or suspended over deep water during the summer, fall finds panfish concentrated in predictable areas once again, with a predisposition toward feeding aggressively as winter approaches. Fall panfishing can be just as easy as it is in the spring, with the bonus of far less competition from other anglers once the leaves turn their marvelous shades of red, orange, and yellow.

What drives the fall panfish bounty? More than any other factor, it is the return of prey –, especially baitfish – to relatively shallow water. These shiners, shad, and minnows are particularly vulnerable, however, because the cover that once concealed their presence is far less abundant now than in warm water months: weeds are dying back, and boat docks and lifts are being removed from the shoreline. Any remaining cover will concentrate baitfish, and shallow water predators will be hot on their tails.

Fall provides extraordinary crappie action. In lakes, I look for crappies in shallow water, typically six to eight deep, around standing cover like remnant green weeds. Fallen trees, where the bushy crown of the tree rests in water of a suitable depth, will also concentrate crappies in the fall. In rivers, crappies will move out of high-current areas, relocating into side channels and low-current backwaters. Frequently, fall river crappies will be closely associated with some sort of vertical cover, which could be a steep bank, submerged wood, or an obstruction that projects into the current and forms an eddy.

When stable weather supports an aggressive bite, there’s no better crappie bait than a jig. My favorite panfish jig is a 1/32 or 1/16 oz VMC Moon Eye jig, which I typically dress with a compact soft plastic. Tubes are good, but in the fall, I favor a minnow-profile bait with a little more heft. When fall winds lead to turbid water conditions, I pivot to baits with a high-action thumper tail, providing more vibration to help crappies locate my offering. Once all the leaves are down and water temperatures dip into the 40s, live minnows become more important for triggering bites from ol’ papermouth.

I favor relatively long rods for pitching jigs to crappies. My favorite is a 7-foot, light power, extra-fast action Panfish Series rod (PFS70LXF) from St. Croix Rod. The extra length is important for delivering light baits on long casts, while the extra-fast action ensures that the rod loads quickly to drive the hook home. Add a 1000-series spinning rod, and spool up with 15 lb test Seaguar Smackdown braided line in the Flash Green color. Smackdown has a very tight weave, providing ultra-thin line diameters and a smooth finish, delivering extra casting distance while minimizing wind and water resistance. I like the high visibility of Smackdown’s Flash Green color for assisting with visual bite detection; I’ll often see the line jump or twitch before I feel the bite through the rod. Finish the package with a 3-foot leader of 6 lb test Seaguar Tatsu, a 100% double-structure fluorocarbon that is soft and supple with excellent knot strength. Using a fluorocarbon leader minimizes the crappies’ ability to see the line underwater, while providing enhanced abrasion resistance when a hooked fish makes a run for nearby rocks or wood.

Much like crappies, yellow perch return to the shallows in the fall to strap on the feedbag. Shallow, hard-bottom flats that drop repidly into deep water are good places to start looking for perch. Reeds and scattered submerged vegetation will further concentrate bait, and frequently, beds of low-growing sandgrass or chara (a calcified algae) will be the crowning jewels on prime perch locations.

In early fall, I chase perch with the same tackle and general presentation that I use for crappies. But as winter begins to loom large, I pivot from jig-and-plastic to a more traditional live bait approach. I’ll also upsize my tackle to deal with the larger predator species, particularly pike and walleyes, that become more prevalent in the shallows as the water cools.

Let’s start with rod and reel. My rods for presenting bait under a bobber are a little longer to make casting easier. For fall perchin’, I prefer a 7’6”, medium-light power, extra-fast action Legend Tournament Walleye spinning rod (LWS76MLXF) from St. Croix Rod, which gives me the length and quick-loading action I want, coupled with more backbone for managing larger gamefish. Add a 2000- or 2500-series spinning reel, and spool up with 6 lb test Seaguar InvizX, a 100% fluorocarbon main line that has low memory, is easy to cast, and has terrific knot strength.

Because I chase perch in shallow water – often only three to five feet deep – I use a clip-on pencil float rather than a slip bobber. Between the float and a #6 or #8 Gamakatsu Octopus hook, I’ll add two or three split shot weights – just enough to get the pencil float to stand up. Zig-Zag Split Shot from Bullet Weights have a uniquely-shaped slot in their design that helps to hold the line firmly while requiring less pressure to keep the weight fixed in one place. Over time, this means fewer opportunities for line damage and failure, and ultimately, more fish in the livewell.

Fall is a great time for panfishing. Reserve a couple of trips for fall perch and papermouths before putting the boat to bed for its long winter’s nap.