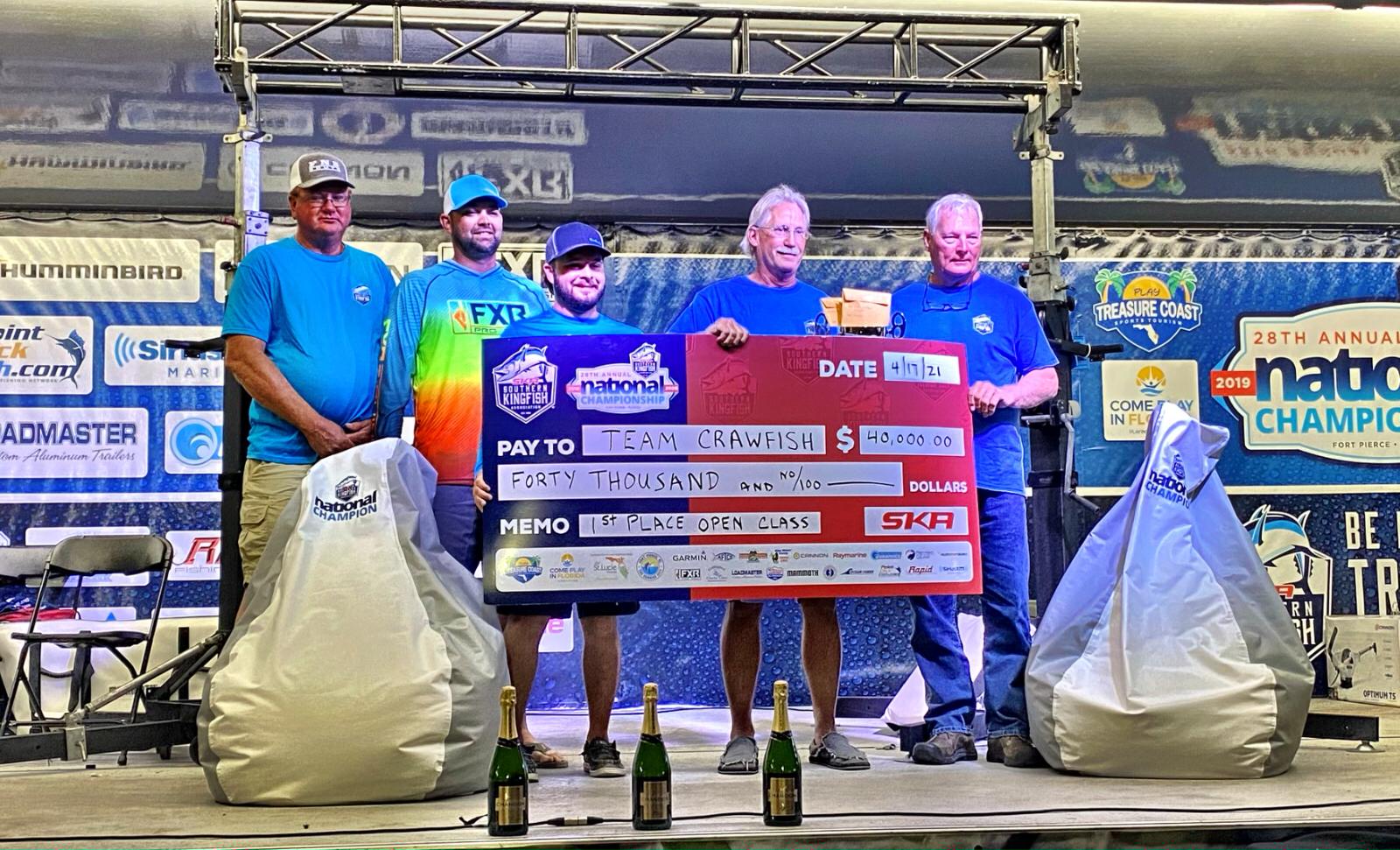 The Southern Kingfish Association just wrapped up its 2019/2020 National Championship April 16-17 at Causeway Cove Marina in Fort Pierce, FL. The exciting two day, two fish aggregate fishing tournament held on the Treasure Coast featured some of the best King Mackerel anglers from North Carolina to Texas after last years delay due to COVD.

The Fernandina Beach based team “Crawfish” weighed-in a 45.43 pound kingfish on Day 1 and on Day 2 weighed a 43.46 lb King that gave them a two fish aggregate of 88.89 pounds to win the Open Class Division.

Crawford said he fished 60 miles south along Juno Ledge both days where the bulk of the fleet fished. Fishing about 3-5 miles offshore of the Juno Beach Pier Crawford said both his kings were caught in about 140 feet of water and they hit live blue runners.

Captain Kenny Crawford, a charter member of the Southern Kingfish Association, estimated he has competed in about 15 national championships during his 30 years as an SKA member but had yet to win the National Championship until today!

Congrats to team Crawfish on your win and taking home over $77,500 in tournament winnings and custom Ocean-Tamer Bean bags and sponsor prizes! 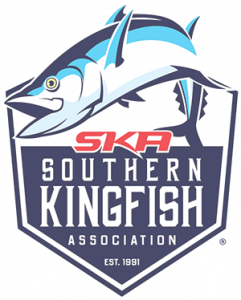