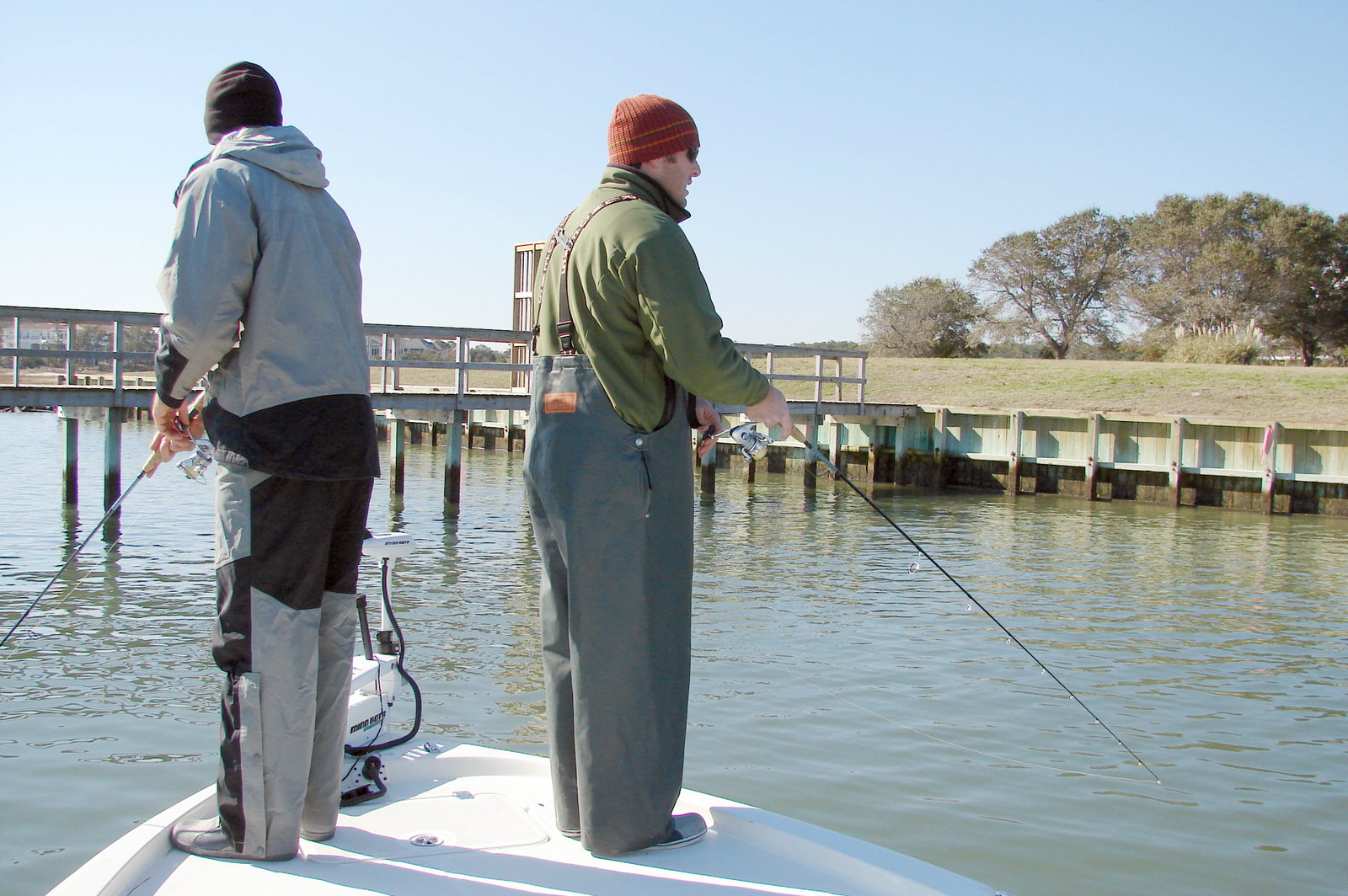 How many are old enough to remember the line, “What’s up Doc?” from the Bugs Bunny cartoons?  It’s actually a really good question to ask about fishing too.  Simply add a k to doc and this becomes something we see so often they are easy to overlook and ignore.  That’s a mistake and we can all learn to catch more fish by paying attention to docks.

What is it about docks?  They should be at the forefront of our fishing knowledge.  It isn’t a coincidence that many successful fishermen mention them when talking about good fishing spots in their areas?

First and foremost, docks are structure.  Primary dock materials, at least for the sections in the water, are wood and concrete.  These materials are porous and allow attachment by barnacles, mussels, oysters, grasses and other lower levels of the food chain.  In turn, these growths provide cover for smaller members of the food chain.

Biologists working with marine artificial reefs have said that the first growth on the artificial reefs begins in a matter of seconds after the reef material settles on the bottom.  The North Carolina Division of Marine Fisheries Artificial Reef Program has a video that documents this.  While this footage was shot on ocean artificial reefs and marine life may not attach quite as quickly to dock pilings in the estuaries, it does attach there and in a short time the difference is readily noticeable, even to the naked eye.

This is the start of the food chain.  The food chain begins with organisms too small to see without magnification and continues to upper level predators.  It begins with these organisms washing into dock pilings and attaching there.  The next step is the oysters, mussels, grasses and such that filter smaller organisms from the water and create cover for the smaller fish that eat plankton and such from them.  Slightly larger fish and crabs eat the smaller fish while medium size fish arrive to eat them.   This continues until the fish become the larger trout, flounder and drum fishermen are seeking.

Some of the fish feeding under and around docks become genuinely large.  The North Carolina state record black drum was caught under a dock just a few miles upriver from Southport.  This fish, caught in 1998 by Charles Dycus of Sanford, N.C., weighed 100 pounds and 1 ounce.

At Boca Grande Pass on the west coast of Florida, there are several goliath grouper living under a dock in the inlet that divers estimate exceed 500 pounds.  There are also numerous YouTube videos of fishermen wrestling huge fish from under docks and bridges.  Needless to say, these are the upper reaches of food chains that began with microorganisms suspended in the water, but they definitely show the relationships and what can grow under docks.

Docks pilings break the flow of the current.  Even floating docks have a few pilings to hold the dock in place and they create breaks in the water’s flow.  Don’t overlook lakes either, as even in lakes there is some movement of water.  It may be generated by the wind blowing across the lake or from rivers or streams flowing into or out of the lake, but there is water flow and at least a slight current.

Weather factors also influence the strength and velocity of current and other water movement.  Higher winds create more moving water.  Pamlico Sound and the Eastern N.C. Rivers are great examples of this.  Strong winds often blow the water out of creeks and harbors, flooding areas across the sound or upriver.

The structure or water features around a dock also factors into what fish are holding around the dock and why.  Speaking broadly, a dock near the mouth of a marsh or creek will usually hold more fish than a dock in the middle of several miles of unbroken shoreline.  If the falling tide moving out of a creek or marsh sweeps baitfish and shrimp by the end of the dock, it can be a real honey hole.

Let’s pause and talk a little about tides and how they influence not only fishing around docks, but all fishing.  Tides carry baitfish, crabs and shrimp.  The forage may not be as concentrated during the rising tide, but in many locations the falling tide is like a flowing smorgasbord for fish.  All the small fish, shrimp and crabs have to move from the shallows to deeper water during the falling tide and are swept along by it.  Larger predators can simply wait at ambush points for the tide to push dinner by and dock pilings make great ambush points.

Along the N.C. coast the tide changes approximately every 6 hours and 15 minutes.  With four tides spaced pretty evenly every 25 hours, this equates to the tide being approximately one hour later each day.  You can plan on it.

This morning’s 6:00 A.M. low tide will be low again tomorrow morning at approximately 7:00 A.M.  There was another low tide approximately halfway between these and high tides at approximately 12.15 P.M. and a second at 12.45 A.M.  This isn’t exact, and will vary a little with the moon phase, wind direction and wind intensity, but is close enough for rough planning of trips.

Docks also provide shade.  Some days, even during the winter, it seems that fish want to hold a few feet under a dock in the shade.  I don’t know that his has to do with the cooling effect of the shade, but allows the predator to stay somewhat hidden in the shadows while waiting for dinner to be carried by in the current.  Sometimes fish may be out around the edges of a dock, but always make a few casts under it before leaving or giving up.

Many fishermen fish docks with the same rigs and equipment they use elsewhere.  I like to beef up everything, from the rig to the line, rod and reel.  I also shorten the rig and keep it as simple as possible.  There are things hiding under docks that will reach out and grab tackle or cut lines.

Carolina rigs work well for fishing live bait, cut bait and pieces of shrimp under docks.  My basic dock Carolina rig uses an eight inch leader of 30 or 40 pound mono or fluoro line instead of the 20 pound I use in open water.  The business end is an Eagle Claw L042 hook of size 4 if trout fishing or a size 2, 1 or 1/0 when fishing for drum and flounder.  I usually use the lightest egg sinker that will take the rig to the bottom, but double the weight here.  The current under a dock will wash the rig around so I add a little weight for stability. 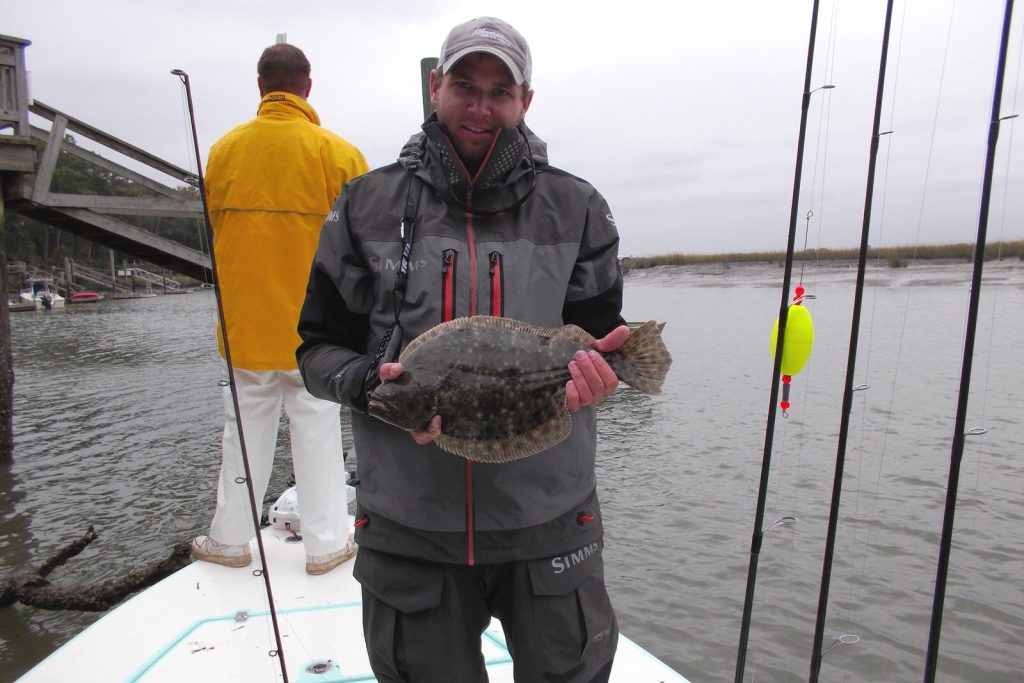 When fishing soft plastics around docks, I use the same heavier leader, but with a wide gap, center weighted swimbait hook.  These hooks help a bait sink more natural, rather than nose-diving like with a jig head, plus you can slip the tip of the hook into the back of the bait and make it weedless.  This leader is also short and tied directly to braided line of the same strength or a little heavier.  The extra strength helps pull fish from under the dock and the shorter leader is less likely to chafe and break from rubbing the growth on a piling.

Not all docks are equal as fish havens.  I previously mentioned several water characteristics that tend to increase a dock’s attraction to fish.  Another one is the activity on a dock – and interestingly enough, more activity is often a plus.  How’s that you say?  How can a dock with a lot of activity and the accompanying noise be a better fishing spot than one that is near deserted?

In a nutshell, more activity on a dock leads to a higher probability that food is spilled or thrown overboard.  Food here can be anything from a leftover sandwich and chips to the internals, heads and tails of fish cleaned on the dock.  Anything edible that goes over the side has the potential to add to the food chain and attract fish.  The fishing probably won’t be the best while the activity is happening, unless it’s someone cleaning fish, but fish will keep checking back by for more.

One last tip here and you’re on your own for fishing docks.  When looking at a line of docks and trying to decide which ones to fish, look for docks that have a cleaning table and a lift with a fishing boat.  The probability is high there have been fish and food scraps washed overboard while cleaning fish or the boat.

On your next fishing trip, consider checking out some docks.  Maybe you try them early or maybe you wait until you’ve exhausted your regular spots.  Whichever way you choose, you just might be pleasantly surprised.  Of course, you might also have a true story about, “the one that cut your line on a barnacle and got away.”  That happens under docks – but you catch some nice ones too! 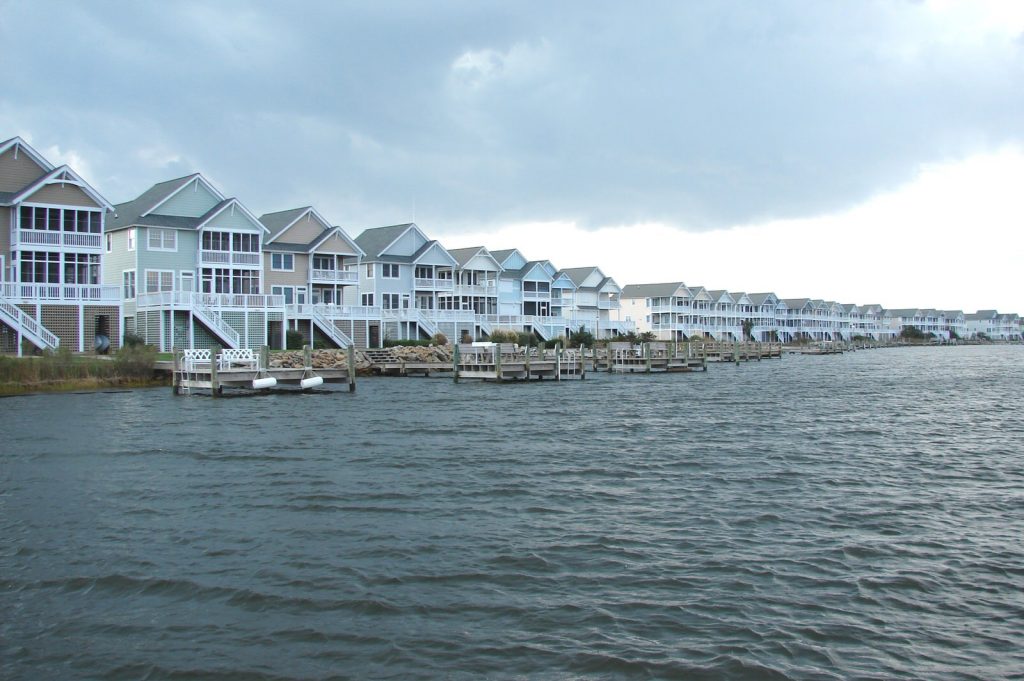