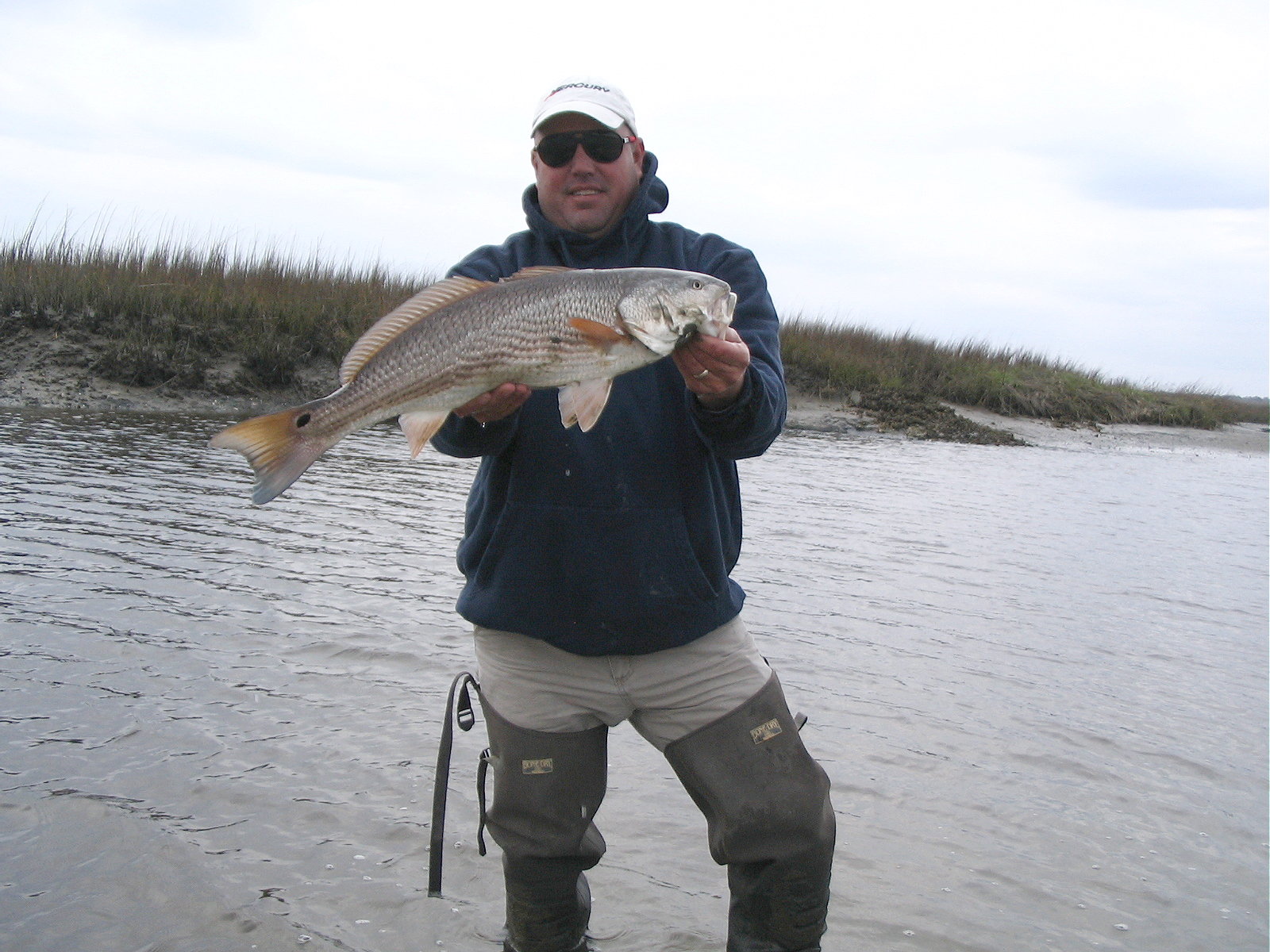 If you haven’t been inshore fishing lately, let me make you aware the water has cooled. It’s averaging roughly five degrees colder than it was at the beginning of January. Sure, there are a few places where the temperature hasn’t dropped that much, but there are places it’s cooled even more.

Plan on fishing water in the low 50s, but be prepared to fish water only in the high 40s and be happy when you find those spots that are maintaining temperatures in the balmy mid 50s. That’s warm right now.

In our age of baits that contain scent and scents that can be added to all baits, dead sticking has a lot of potential to draw strikes when fish are lethargic and not feeding. Many fishermen consider dead sticking for extremely cold water, but it also works in the heat of summer when the water temps sometimes surpass 85 degrees. 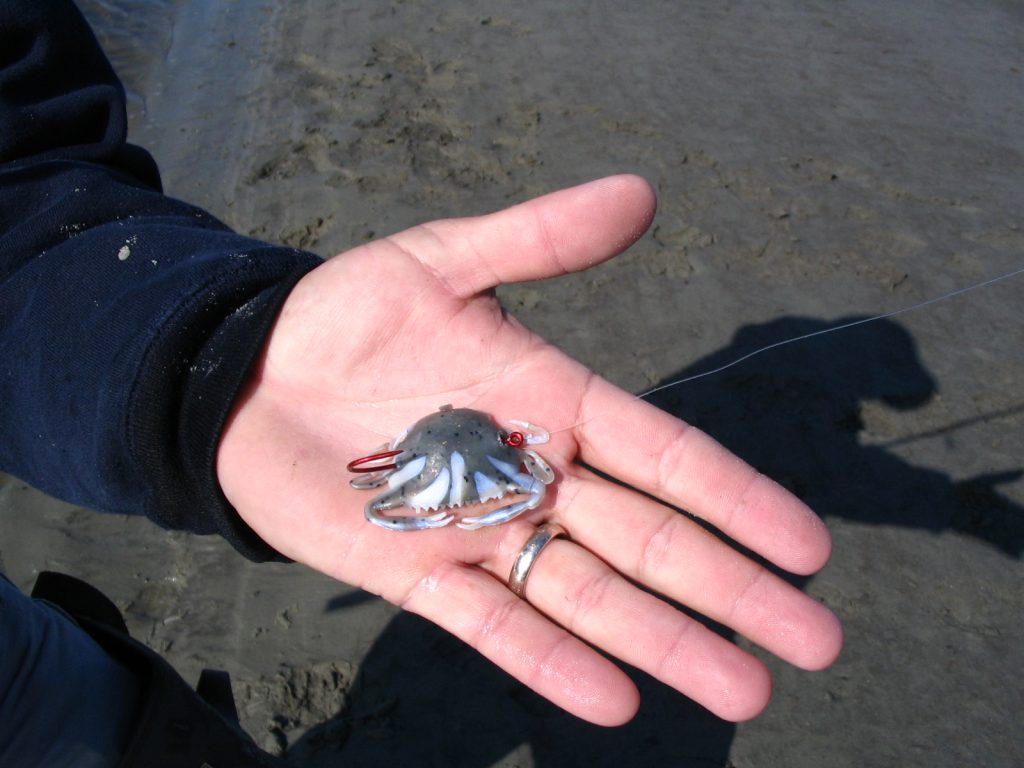 Dead sticking works with a wide variety of lures, but is easiest to do successfully with soft plastics. Some of us have been introduced to dead sticking by accident. My first experience was as a young man trying to learn to use a baitcasting reel (which I still haven’t mastered) when trout fishing in December. I was casting a MirrOlure on my new Abu Garcia Ambassador when a professional overrun (backlash) mysteriously appeared and swallowed my reel.

This was the real deal and took several minutes to pick out. When the line came tight after winding all the excess line back onto the reel, there was resistance. Knowing for sure I was hung on something, I put my thumb on the spool, raised the rod and reel over my head and shook it hoping to free the lure.

To say it was a big surprise when a fish took off running is classic understatement. The TT11 MirrOlure had been laying on the bottom for more than a minute, maybe several minutes, while I picked out the backlash. After several minutes, I led the largest speck I have ever caught into the net. It weighed 8.25 pounds and taught me two lessons. One was that you can never fish too slow and the other is that pausing a lure (dead sticking) absolutely does entice strikes.

Over the years I have continued to catch fish while fishing slower than most of my fishing buds and occasionally stopping a lure and letting it settle to the bottom and rest for a few seconds – or more.

The day that best exemplifies dead sticking happened more than 10 years ago. Capt. Mark Dickson of Shallow Minded Inshore Charters (www.fishmyrtlebeach.com) in Little River, S.C. called and said he had found some red drum in shallow pockets in the marsh creeks near the N.C./S.C. state line. He said this was low tide fishing and we wouldn’t be able to take the boat all the way to them, but would have to get out and hike the creek banks. I had already said yes and asked him when and where to meet him before he actually asked me to go.

It was the end of January and that was a cold winter. We set a time for a week later in early February when the tide would be low during the mid afternoon and hoped for sunny warm weather. The water in the Intracoastal Waterway was holding right around 50 degrees and we wanted the water to be as warm as possible so the drum would be feeding. We wouldn’t know the water temperature in the creeks, but anticipated they would be a little warmer than the open deep water in the Waterway. This would still be cold on our hands when releasing fish.

Well, the best laid plans of mice and men often go astray and the weather was still cold, plus it was cloudy on our chosen day. Capt. Mark said we should go and try it because he was booked pretty steady and wasn’t sure when he would get another break. He didn’t think the action would be spectacular, but thought we could catch some and I could see what he was doing.

The day was cold and overcast and my feet were already cold when we launched near Sunset Beach and headed off into the marsh. Mark brought his tiller steer Jon boat to have the shallowest draft so we could go as far as possible before having to get out and wade.
Before long we were wading creek beds that were more than half dry. There were stretches of several hundred yards where the water was only ankle deep. Once around several bends, we came upon a spot in the creek that was obviously deeper for about a hundred yards.

“Let’s try here,” said Capt. Mark. “The water is deep enough we can’t see the bottom and there are a couple of oyster rocks trailing down into the creek. There should be a few reds stuck in here until the tide rises. Let’s see if we can convince them to bite.” 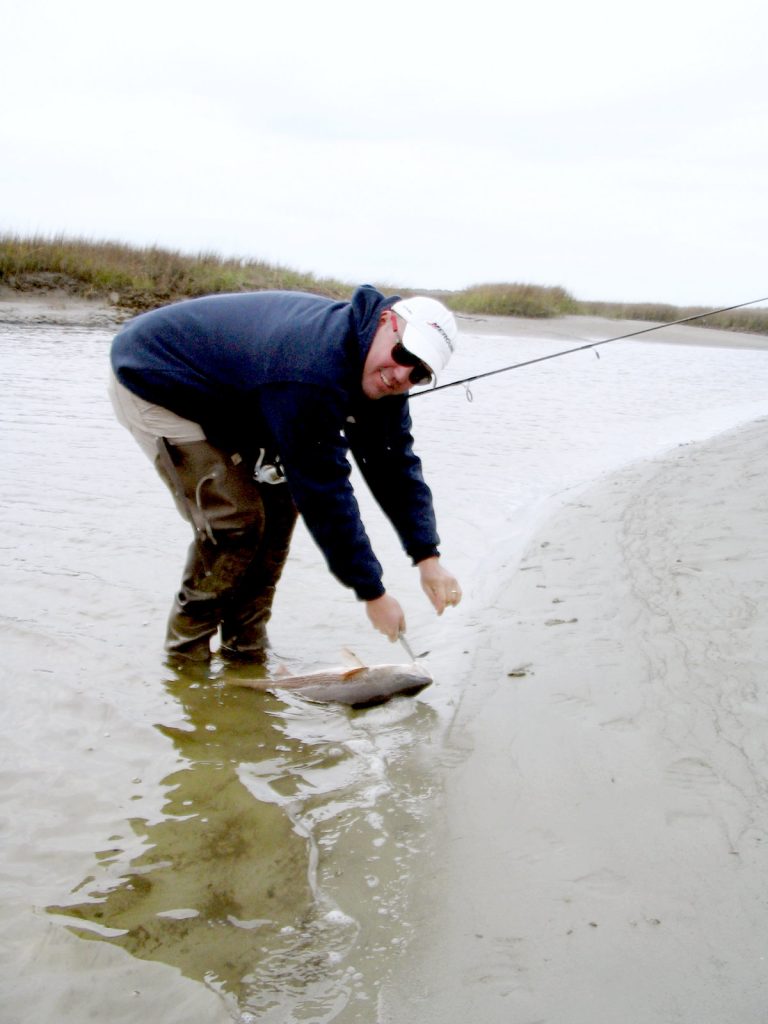 Capt. Mark handed me a light spinning outfit loaded with braided line and a 1/8 ounce jig head on the end. He opened a his backpack and pulled out a package of white Gulp Shrimp, then threaded one onto the jig head. His instructions were to cast it to where the oyster rock nearest me entered the water and let it fall naturally until it stopped. I was to let it sit for 20 to 30 seconds and then move it as lightly as I could so it fell a little deeper and to let it set again. This would be repeated until I had a strike or the shrimp was more than halfway back across the creek.

He rigged a similar outfit with a weighted hook and a Berkley Gulp crab for himself and cast to another oyster rock a little farther down the creek.

Capt. Mark’s crab had barely settled from his first twitch when there was a swirl in the water, followed by his rod bending, reel screaming and several wakes headed down the creek. I nestled my rod in my arms as I reached to get my camera out and before I could get it ready something grabbed my bait and tried to jerk the rod from my arms. The little reel was buzzing as my priorities quickly shifted from getting pictures to fighting a fish and my camera dropped to my chest on its strap.

While Capt. Mark’s fish had hit just after his lure settled on the bottom, mine hit a lure that had been resting on the bottom for a half minute or more. The little creek was too shallow on both ends of this pool for the fish to escape, so we did the creek bank two-step to keep our lines untangled as the fish ran back and forth and crossed several times. A few minutes later we landed, then released, both fish.

We caught another six fish from this hole before they got shy and quit biting. None of them hit while a lure was moving. For most, the lure had been resting on the bottom at least 10 seconds.

When the bite slowed, we hiked along the creek bank deeper into the marsh and after about a quarter mile found another almost landlocked pool. This one made a 90 degree bend and had several oyster rocks trailing down in to it. We caught four fish here before they stopped biting and all hit while the bait was dead sticked.

We hiked deeper into the marsh and fished several more of these ponds. All of them produced at least one fish, but none topped the eight of the first pond. There wasn’t a noticeable preference for the crab or the shrimp, but every strike that afternoon came when the lure was stopped.

After a while Capt. Mark said we probably should be heading back as the tide should be rising and we didn’t want to overstep our hip waders and get wet hiking back to the boat. We made a few more casts in the ponds on the way back out, but only caught a couple more drum. Not much time had passed and they seemed to remember the sore mouthing from earlier that afternoon.

By the time we reached the last couple of ponds, the tide had risen enough the drum could swim out the ends and up and down the creek. They may have still been holding near the base of the oyster rocks, but none were interested in playing.

If there were ever any questions that dead sticking would catch fish, that afternoon blew them away. Since then, several tackle manufacturers have released soft lures that are very durable even though made from very soft plastic and move easily. Some have scent made into the lure and some don’t. There are also a variety of scent and other fish attractor products that can be added.

These super soft lures and scent products have added even more effectiveness to dead sticking. Pro Cure Scent Gel is a favorite of many guides. Using these super soft lures requires a little practice, but fishermen can now lightly shake their rod tips to make the lures vibrate without moving. The legs and pinchers will move while the bait stays in place and this seems to excite fish and draw even more strikes. 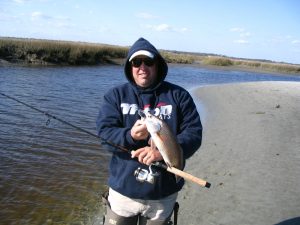 Don’t overlook dead sticking as a way to catch fish when they are lethargic and not really feeding. I think it works a little better in the cold water during winter, but it also works in extremely warm water during the summer. It works a little without scent, but when using a lure with scent or adding scent, it can be the difference between catching fish and merely going fishing. It sure was for Capt. Mark and me that afternoon years ago.
Good luck!