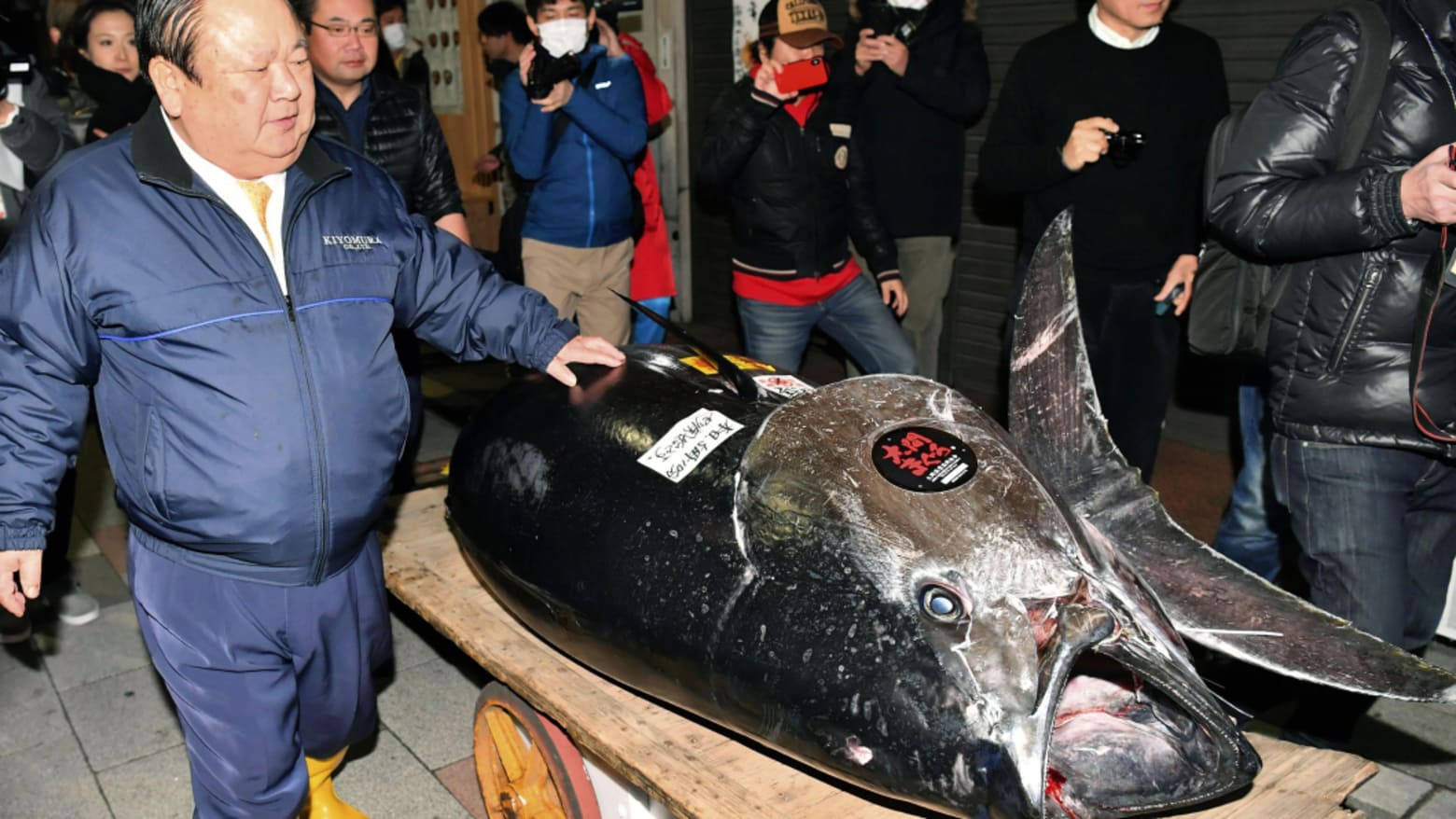 Kimura set a record by paying more than $3 million for a bluefin tuna in the year’s first auction at Tokyo’s new fish market, exceeding his own record price of 1.1m in 2013.

“The tuna looks so tasty and very fresh, but I think I did too much,”

“I expected it would be between 30 million and 50 million yen, or 60 million yen at the highest, but it ended up five times more.”

Saturday’s event was the first New Year auction of the Toyosu market, after the famed Tsukiji Fish Market shut last year to provide temporary parking for the Tokyo 2020 Summer Olympics.

Having lost the record to a rival restaurant at last year’s auction, he was determined to reclaim his prize.

After the auction, the fish was taken to one of Sushizanmai’s branches located in the old market of Tsukiji.

Ordinarily, a similar-sized tuna would sell for only $47,000, but Mr Kimura regularly pays huge sums at the new year auction in part to drum up publicity for his Sushi Zanmai chain of restaurants.

Photo: Kiyomura Corp owner Kiyoshi Kimura, left, with the bluefin tuna for which he made a wining bid at the annual New Year auction, in Tokyo on Saturday. CREDIT: AP