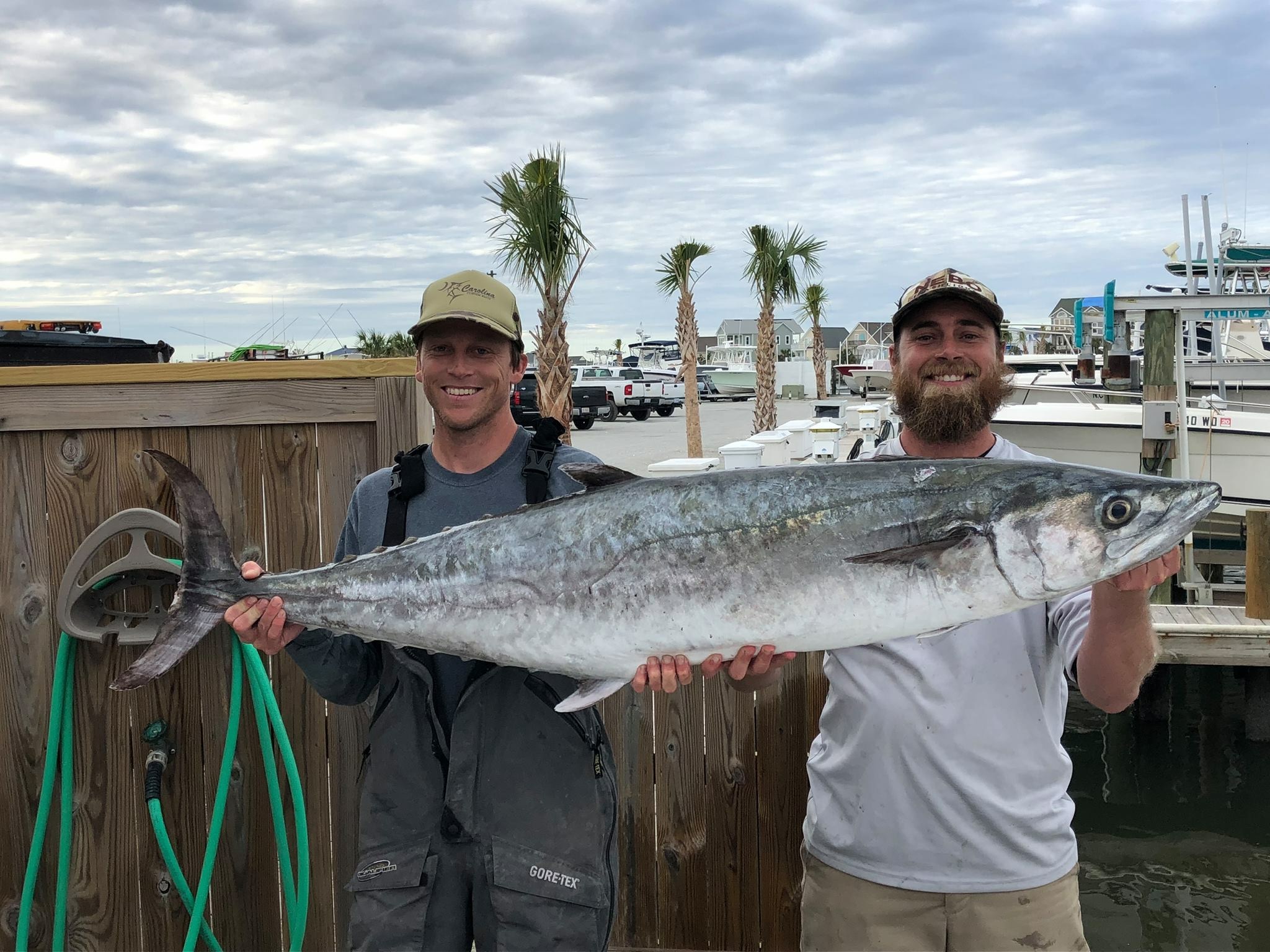 Well it looks like the BIG fish have arrived.

Over the past few weeks leading up to the SKA National Championship we have seen anglers weighing in 50+ lb fish!

Today during the Deallaney Hudson Honorary King Mackerel Tournament Team Wahooligans Fishing weighed in a 58.4 and 38.8 lb King to win the event.

While The Stormy Gale Fishing Team found a 52 and 37 lb King that landed them in 3rd place. 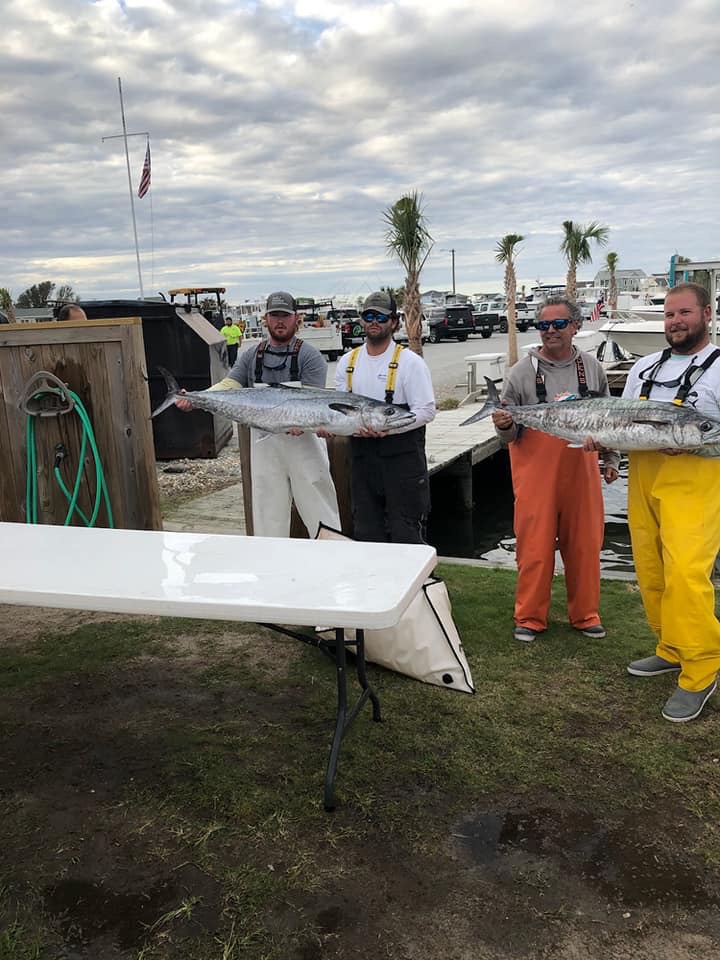 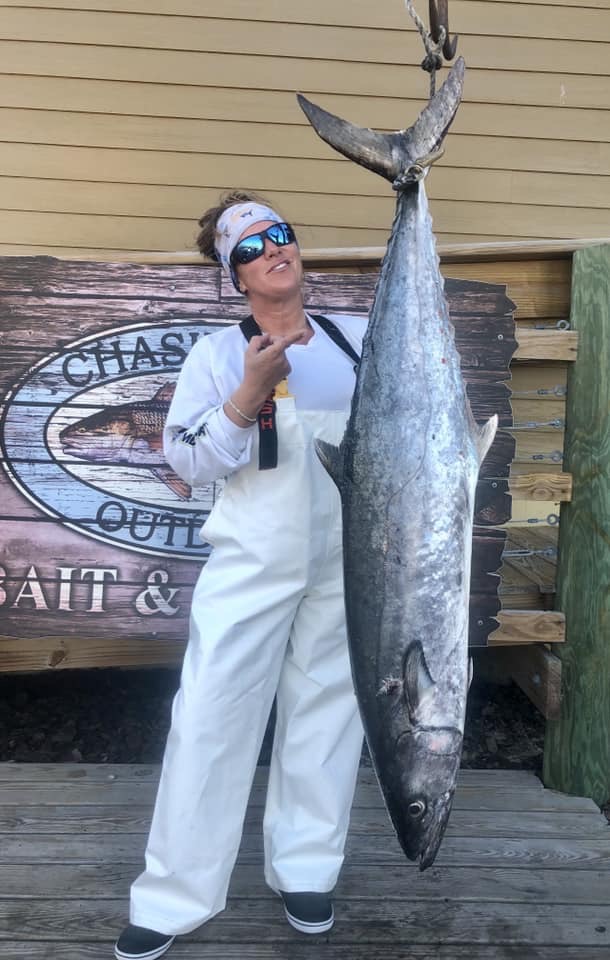 Weather will be a factor this weekend for the two day event on the Morehead City waterfront (Jaycee Park) but we anticipate some big fish at the scales.

If you are in the local area come on down and watch some of the best King Mackerel anglers in the country weigh their catch!

We will also be live streaming the event here on the site AND we will have a live (real time) leader board on PointClickFish.com

Here are a few other team fish shots from the event today in Atlantic Beach. 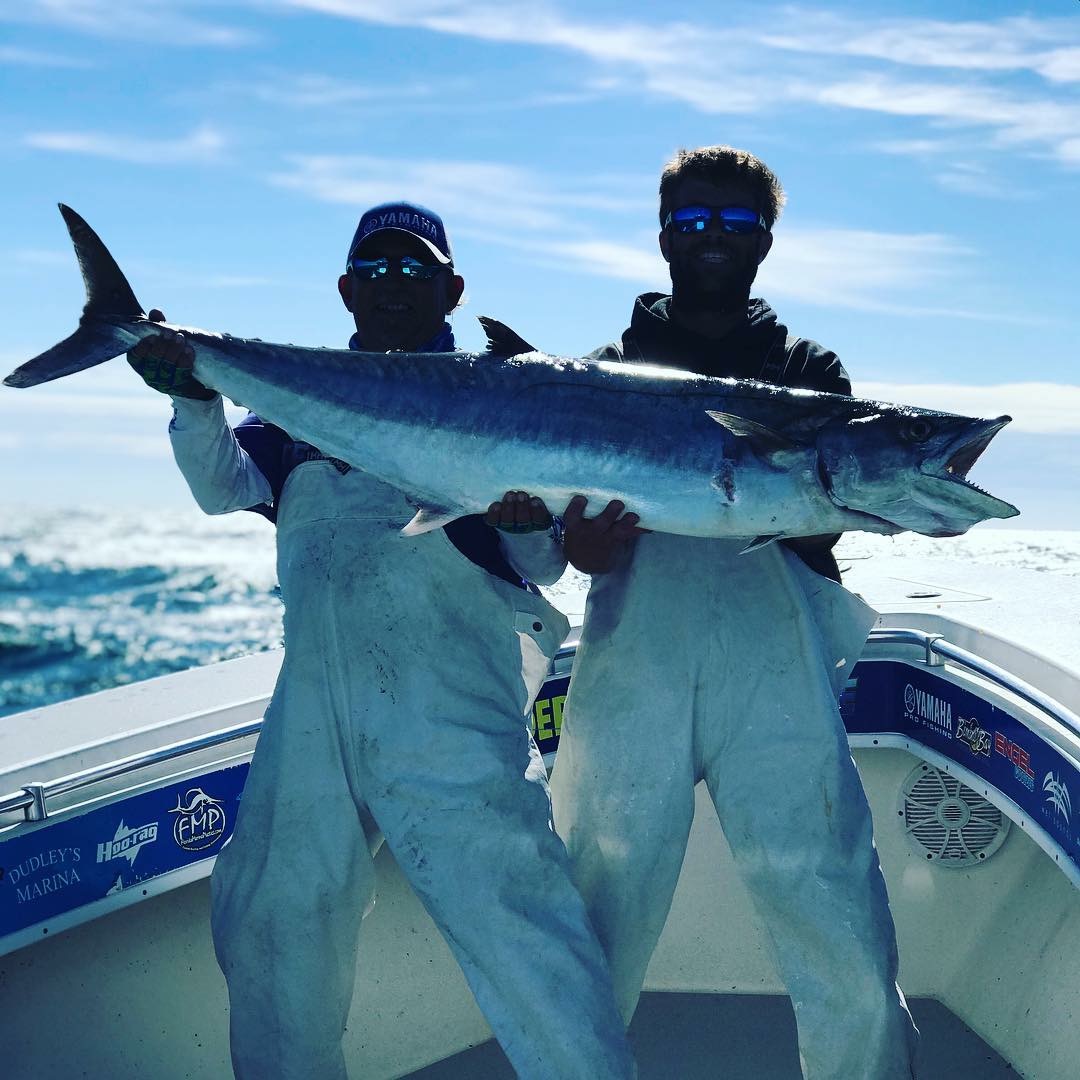 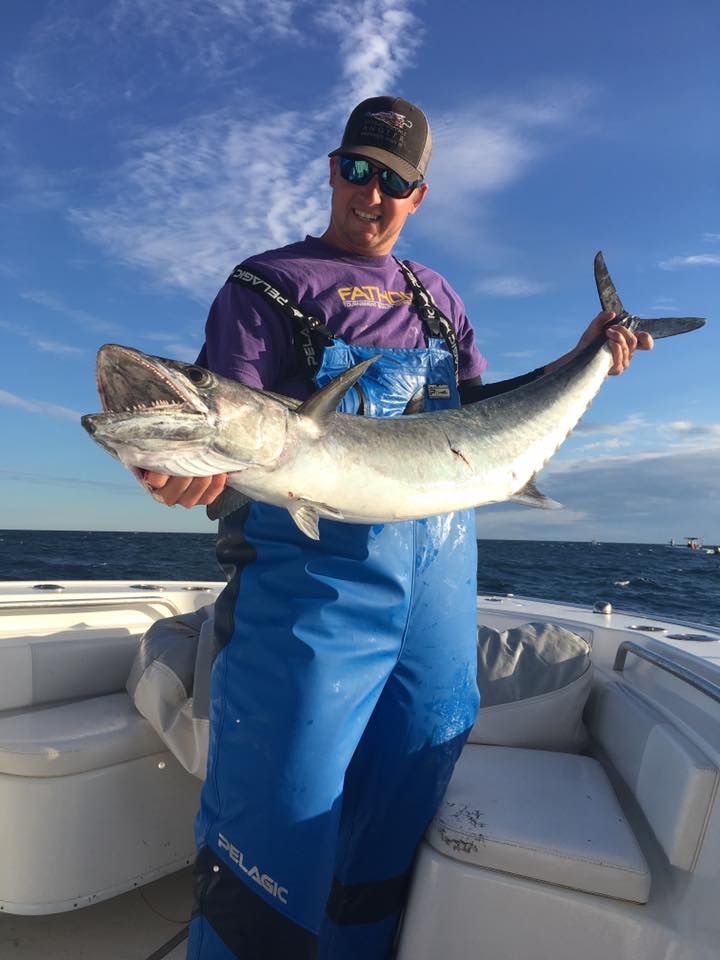