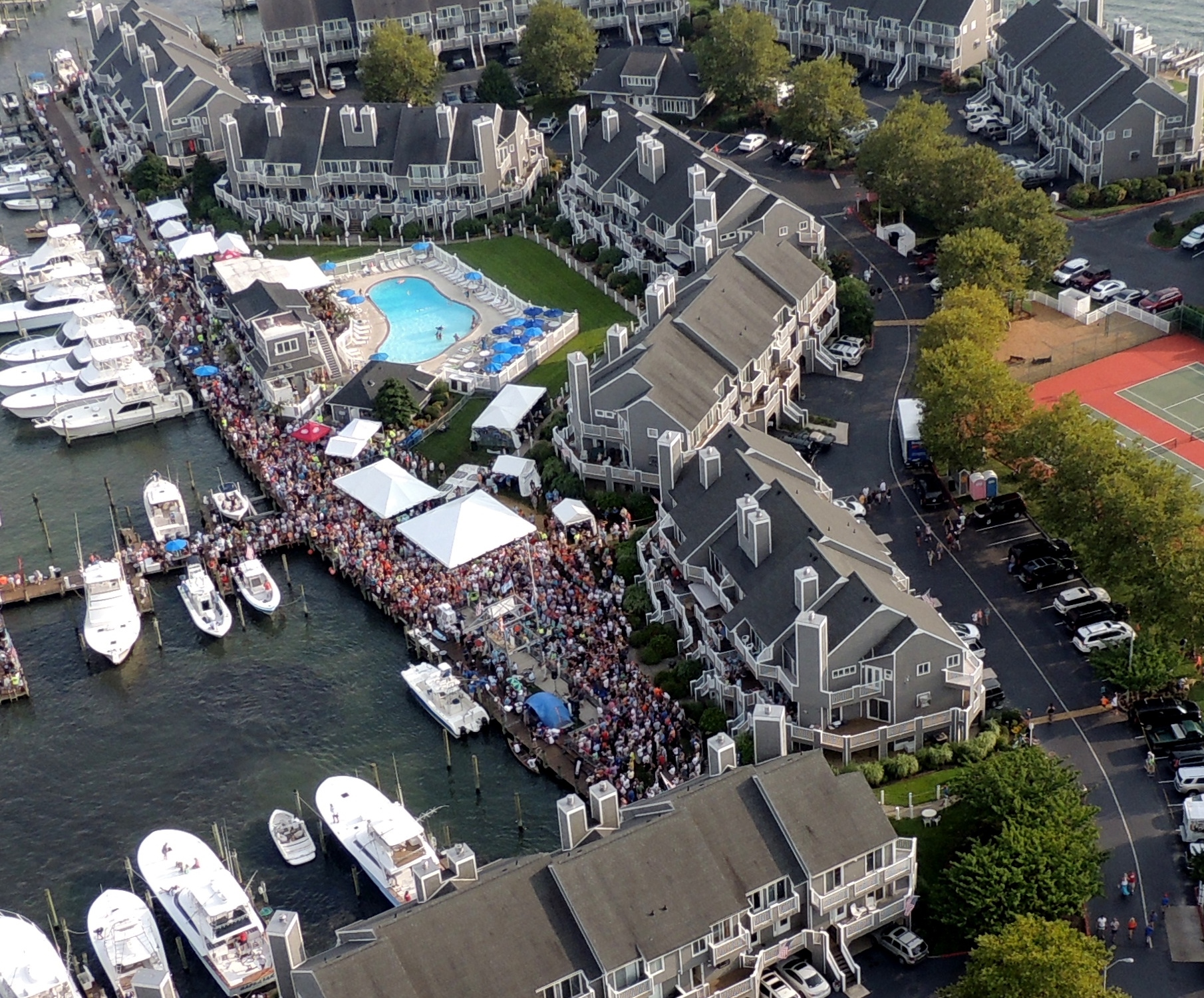 by Shawn Soper – The Dispatch

OCEAN CITY — After nearly two years with $2.8 million prize money hanging in limbo, a federal appeals court on Wednesday essentially ruled in favor of the White Marlin Open and the winners in several other categories who stand to gain from the redistribution plan.

Last June, a U.S. District Court judge sided with the White Marlin Open (WMO) and the other named plaintiffs in a federal interpleader case against the supposed winner of the glamorous white marlin division in 2016. During that tournament, angler Phil Heasley and the Kalliannasa out of Naples, Fla. caught the only qualifying white marlin, a 76.5-pounder, and was symbolically awarded a tournament-record $2.8 million.

However, concerns over tournament rule infractions regarding the time of catch and subsequent deceptive polygraph examinations by Heasley and the Kallianassa crew landed the case first in Worcester County Circuit Court and later in U.S. District Court. Last June, after 10 months of legal wrangling and an eight-day trial, U.S. District Court Judge Richard Bennett ruled Heasley and the Kallianassa crew should be disqualified because of the confirmed rules violations and failed polygraph exams and the $2.8 million top prize should be distributed to the other cash winners.

Heasley and the Kallianassa crew then appealed the U.S. District Court ruling to the U.S. Court of Appeals Fourth District seeking to overturn the lower court’s ruling and award the $2.8 million in prize money to them in the 2016 event. However, the U.S. Court of Special Appeals on Wednesday issued a ruling in favor of the WMO and the other named plaintiffs, essentially ending the appeal at that level and bringing closure to the long-standing legal battle.

“We have reviewed the record and find no reversible error,” the opinion reads. “Accordingly, we affirm for the reasons stated by the district court. We dispense with oral argument because the facts and legal contentions are adequately presented in the materials before this court and argument would not aid the decisional process. In accordance with the decision of this court, the judgement of the district court is affirmed.”

White Marlin Open officials on Wednesday praised the appeals court’s ruling and expressed pleasure in being able to move on from the protracted legal battle and gain some closure moving forward.

“We have remained confident in Judge Bennett’s ruling regarding the 2016 White Marlin Open tournament results and we are glad that his decision was upheld,” said WMO officials in a statement. “We’re excited to put the 2016 tournament behind us and are looking forward to our 45th annual tournament this year which will be held Aug. 6th through Aug. 10th. This year’s event will be one for the record books, as we’re expecting our biggest payout to date of more than $5 million to this year’s winners.”

Heasley’s appeal focused on two key areas of the district court’s ruling including the assumption the Kallianassa put fishing lines in the water prior to the official 8:30 a.m. start time. Another area of focus in the appeal asserts the court made its ruling largely on the post-tournament polygraph tests, which are generally not admissible in federal court because they are often unreliable.

In terms of the timing of the catch, the district court opinion was clear the evidence, largely in the form of data collected from the Kallianassa’s sophisticated computer and GPS equipment illustrated the boat could not have had it lines in the water after 8:30 a.m. per tournament rules and have fought and boated the 76-pound-plus white marlin by 8:58 a.m., or a difference of about 28 minutes.

Heasley and the Kallianassa crew contended the vessel’s onboard computers and GPS systems and even pictures of the winning fish taken with the captain’s cell phone clearly illustrate the marlin was caught within the time constraints spelled out in the rules. The defendants alleged the Kallianassa’s computer systems show the boat did not leave the dock until 4:30 a.m. on Tuesday, August 9 and traveled at cruising speed from 4:40 a.m. to at least 8:04 a.m. when it reached the fishing grounds 80 miles offshore. The onboard computers track “waypoints,” or plots on a chart, that appear to show the Kallianassa began maneuvering consistent with fighting a fish at 8:50 a.m. and the maneuvering stopped at 8:58 a.m. when the winning white marlin was allegedly boated. The captain’s cell phone pictures of the winning white were taken at 9:05 a.m.

Heasley’s appeal also went into great detail about the judge’s reliance on the post-tournament polygraph exams. Per tournament rules, any angler who catches a fish earning more than $50,000 in prize money is subjected to polygraph examinations.

In this case, Heasley and the Kallianassa crew were reportedly deceptive on their answers during the initial polygraph exams and subsequent exams, but the appeal asserted the entire process was flawed. For example, it was pointed out the polygraph exams used were different than those spelled out in the tournament rules, one lie-detector administrator admitted he was not familiar with WMO or International Game Fish Association (IGFA) rules and asked questions so broad that they did not even apply to catching a winning fish.

Nonetheless, the U.S. Court of Appeals on Wednesday essentially ruled in favor of the plaintiffs and upheld the district court’s ruling in the case. As a result, the 2016 WMO prize money totaling $2.8 million will now likely be distributed to the winners in several other categories.

Following the district court’s ruling last summer, the WMO and the winners in all of the other 2016 tournament categories submitted a final status report outlining the division of the attorney fees and other expenses involved in litigating the case and the proposed distribution of the $2.8 million in prize money. Essentially, the other plaintiffs, or the winners in other categories, agreed to pay $340,000 of the WMO’s cost to litigate the case, with the lion’s share paid by the plaintiffs who stand to gain the most from the trial outcome.

Angler Mark Hutchinson on the Magic Moment also contributed a significant amount to the legal fees associated with litigating the case at $17,447. However, the Magic Moment crew already received $132,000 for the second-place tuna, a 233-pounder, and is expected to receive $123,000 more, for a new total prize of $255,000.

The next biggest agreed-upon contributions to the legal fees among the remaining plaintiffs come from the two anglers and boats that tied for third-place in the tuna division. Angler Pat Horning and the Fish Whistle crew and angler David Arnold and the crew on the American Lady each tied for third in the tuna division with 71-pounders and each will contribute $5,859 to the legal fees under the final status report.

However, each stands to gain a significant amount of prize money from the final settlement. For example, the Fish Whistle was initially awarded $5,626 in prize money, but it will receive $41,330 more according to the status report, bringing its total to $46,956. The American Lady was awarded $52,126 initially, but with its additional $41,330, its total prize jumps to $93,456.

For the remaining eight place-winners in various categories, their contributions to the legal fees were very small by comparison at around $264 each, but their share of the redistributed prize money is equally small at $1,861 each, which does not significantly impact their total prize after redistribution.