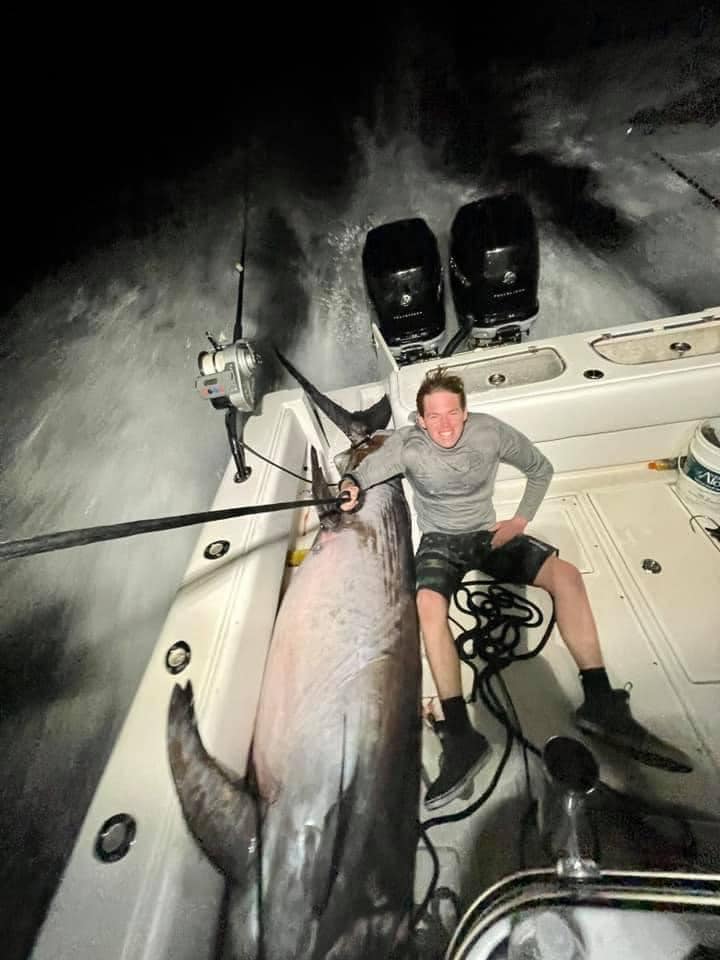 On January 20th the crew of the Young Guns Too had fishing social media pages buzzing. Family and friends started posting pictures of their epic catch and it started. Anglers started talking, guessing the size and weight of this massive Swordfish they caught while fishing out of their homeport Pompano, FL.

A few hours later anglers had their answer. The crew of Hunter Irvine, Jaime Johanson and Timmy Maddock officially weighed in 767.8 lb Swordfish. Once certified this would break the current Florida Swordfish record.

Florida’s previous swordfish record was broken by Captain Nick Stanczyk with customers Bill and Debbie Lussier onboard a757.8 pounds, caught in the Florida Keys on March 31, 2019.

Be Stanczyk broke the swordfish record a 672 pounds landed in Florida Keys dated back 41 years, according to the Florida Fish and Wildlife Conservation Commission.

As more details are released we look forward to posting.

Congrats to the crew on an epic catch. 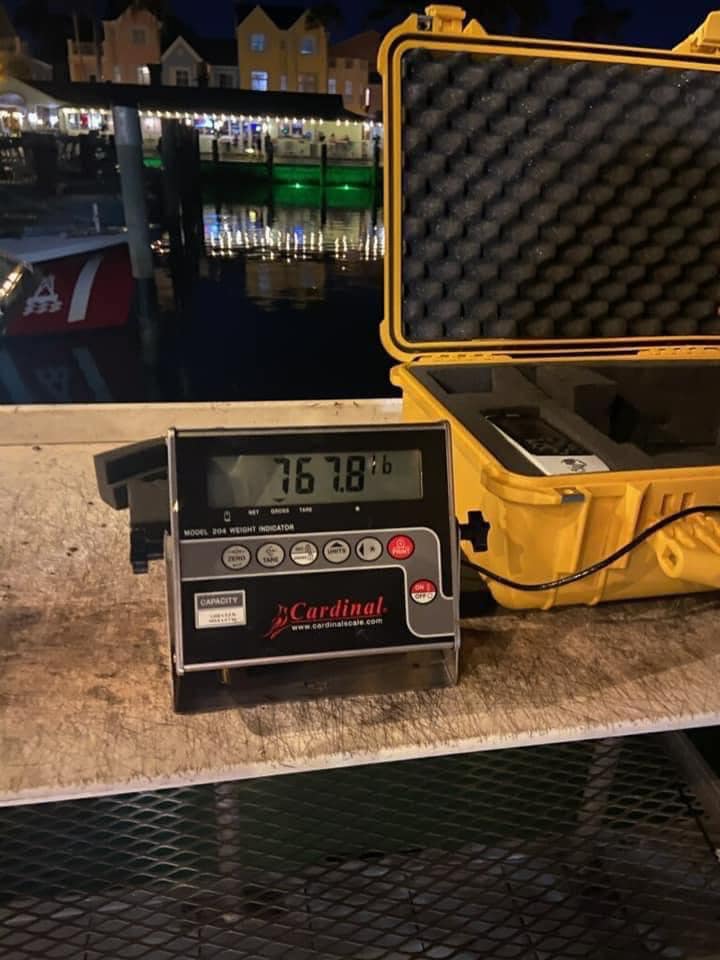