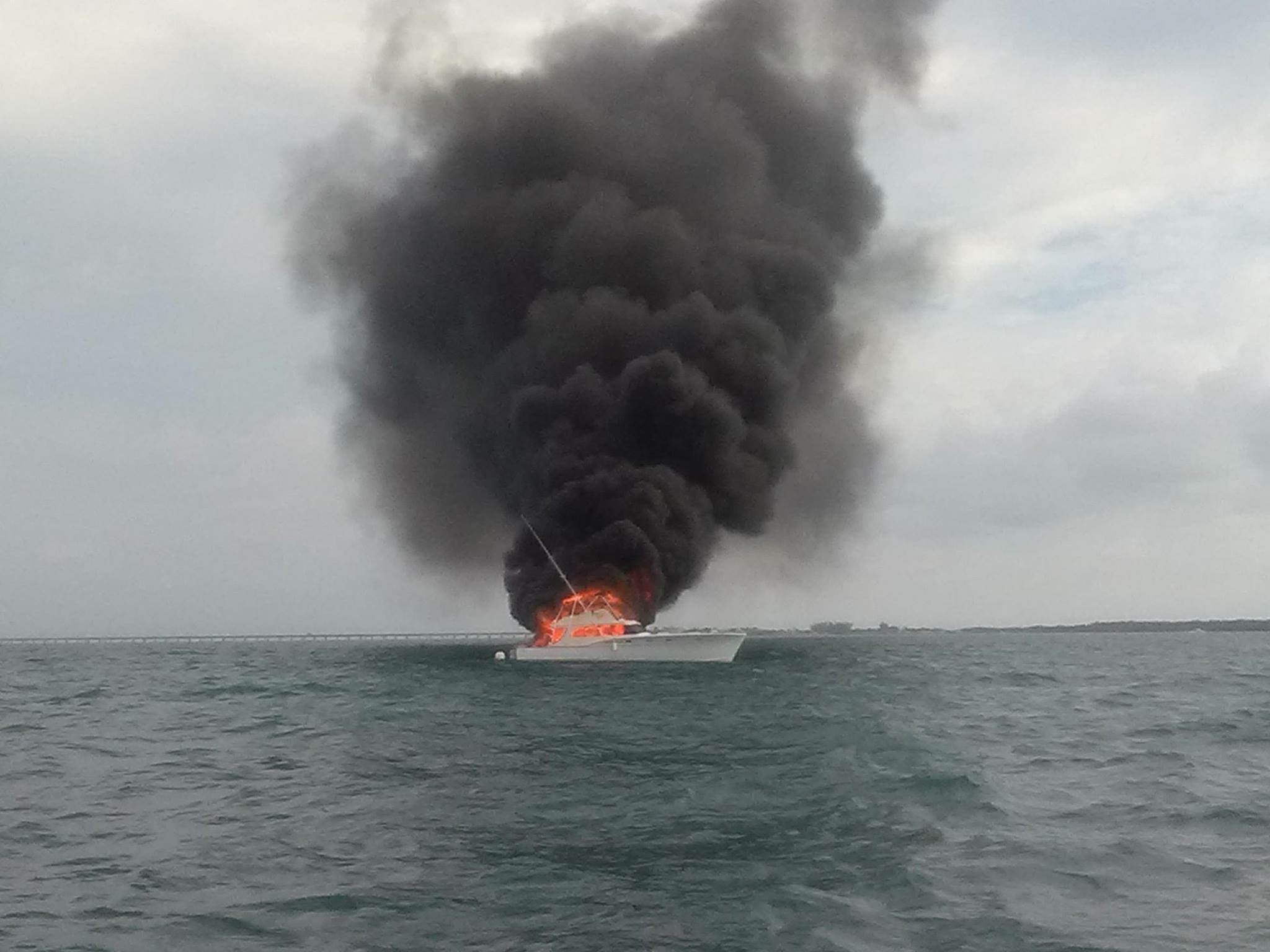 The Miss Budweiser catches fire while off the Florida Keys while on their way back from the Hemingway tournament in Cuba. The 1961 Rybovich Hull #49, Miss Budweiser, owned by the Busch family is an icon and will be greatly missed.

Following is an email from Pat Rybovich, in which is shared another email, from Michael Rybovich, that reports on the tragedy.

“We lost Miss Budweiser this morning down in the Keys. She was on her way back from the Hemingway tournament in Cuba. So far the report is that an engine room fire took her very quickly. She burned to the waterline and is now with the boys upstairs. We are broken-hearted and at half-mast.*

Miss Budweiser (1961 Rybovich Hull #49) was an extraordinary boat with a rich pedigree. The Busch family told stories of the many celebrities, like Frank Sinatra, being entertained on the Miss Bud. She was truly Rybovich royalty.

Thank God no one was hurt in the devastating fire. Our heart and prayers go out to the Busch family.”