Home Resources News Big Rock fishermen still trying to reel in the prize that got... 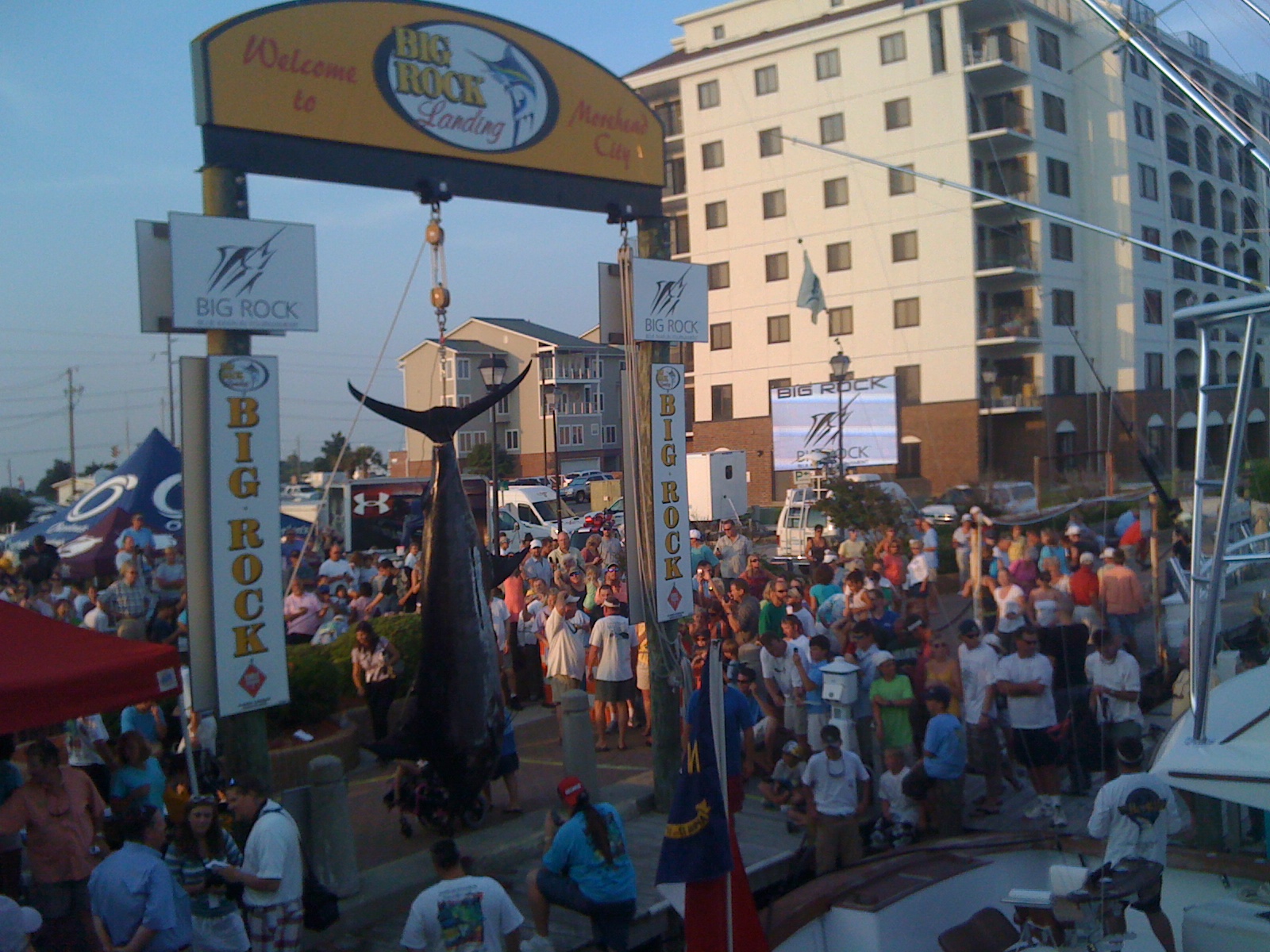 A fishing crew from 2010’s Big Rock Blue Marlin Tournament is still trying to reel in the one that got away – not the 883-pound marlin they hooked, but the $910,000 prize for the biggest catch.On Tuesday, the state Supreme Court is scheduled to take up a case that has moved from the fish scales of Morehead City to the scales of justice in Raleigh.Michael Topp, Duncan Thomasson, Martin Kooyman and Black Pearl Enterprises contend they were wrongfully disqualified from the 2010 tournament and are owed nearly $1 million in prize money for their scale-tipping marlin. But Big Rock officials say the crew broke tournament rules.The fishermen’s journey started on June 14, 2010, aboard the Citation, a boat that departed from Hatteras at about 6:30 a.m. On board were Capt. Eric Holmes, First Mate Peter Wann and Kooyman, Thomasson and Topp, the managing members of Black Pearl Enterprises, which owned the boat.As the boat traveled out about 25 miles from shore, the first mate began preparing bait and rigging equipment for the Big Rock tournament – a major event in the world of sport fishing. The event draws doctors, lawyers and business people, as well as those who make their living on the sea, to chase the swift fish that pass 45 to 60 miles off the coast of North Carolina.Over the years, as the fish landed in the competition have gotten bigger, the prize money has grown, too.At about 10:30 a.m. that June 14, the Citation crew hooked the 883-pound blue marlin, a billfish that can put up a big fight in the deep.After receiving permission from tournament officials to hand-line the fish, the crew was able to haul the marlin on board by about 3:15 a.m.According to court documents, as the Citation headed back toward the Morehead City weigh station that day, Wann realized that he and others might be subject to questioning on shore. He reviewed the tournament rules, focusing attention on No. 9, which details the kinds of fishing permits required.All boats had to have a “highly migratory species fishing permit” on board when engaged in fishing, plus anyone on board who participated in the fishing had to have a recreational fishing license.After reading the rules, Wann asked the captain if there was a blanket fishing license on the boat, according to court records.Wann was worried that he did not have a valid coastal recreational fishing license, so he used a laptop computer on the return trip to get one just in case – “thinking that ‘two licenses would be better than one,’ ” the court documents state. Wann’s transaction was effective at 5:51 p.m.

The Citation crew then took its catch to the weigh station, and it was accepted as the first catch over 500 pounds. That was the first day of the tournament.

But there was no presentation during that weekend’s awards banquet. And the following day, a cryptic statement was released: “The Big Rock board of directors withheld presentation of blue marlin prize money until an alleged rules violation by the top team has been totally researched and a decision made regarding this alleged violation.”

The North Carolina Division of Marine Fisheries cited Peter Martin Wann of Alexandria, Va., for fishing without a license, which carried a $35 fine and $125 in court costs.

That set in a motion the lawsuit from the boat’s crew nearly two weeks after the tournament, arguing that tournament officials had engaged in a breach of contract.

The case went to Superior Court in Beaufort on March 14, 2011, and the ruling favored the Big Rock officials. That decision was appealed.

The majority of the appellate court judges hearing the case determined that Thomasson and Topp had not produced significant evidence to overturn the Superior Court ruling. But one appellate judge disagreed, arguing that the rule Wann broke did not give the Citation crew a competitive edge and therefore was not significant enough to warrant a disqualification.

In his dissent, the appellate judge noted, “If Wann’s failure to possess a CRFL (Coastal Recreational Fishing License) was not a significant violation of the tournament rules, it would not excuse defendants from their obligations under the contract, which included refraining from arbitrary disqualifications.”

The split vote opened the door for the fishermen to take their case to the state’s highest court.

On Monday, Andy Gay, a Zebulon attorney for the crew, was preparing his arguments and declined to comment on his legal strategy.

As the legal arguments continue, the first-place prize money remains in limbo.

The second- and third-place fishing crews – from the boats Carnivore and Wet-N-Wild – have received some prize money already.

But if Big Rock is ruled no longer on the hook for the first-place money to the Citation, Carnivore and Wet-N-Wild could move up in the rankings.

And land even bigger catches.