The S.C. Department of Natural Resources will begin issuing annual recreational saltwater fishing licenses that expire on the anniversary date of issue instead of June 30, 2014. This is commonly referred to as a 365 day license.

Also, three year recreational saltwater fishing licenses will expire on the third anniversary date of issue instead of  June 30, 2016. Additional license types will be included in the 365 license program in the future. 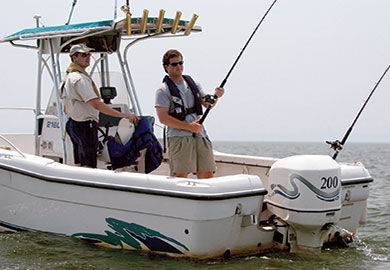 Licenses are available in person at any of the four regional S.C. Department of Natural Resources (DNR) offices or by visiting one of the 500 license vendors across the state. Licenses are also available 24 hours a day, seven days a week by calling 1-866-714-3611 or by visiting the DNR website.

South Carolina hunters and anglers remain the state’s top conservationists. Through your purchase of a state recreational hunting and fishing license, combined with excise tax collected on hunting and fishing gear, hunters and anglers contribute funding to South Carolina’s wildlife and sportfish restoration projects. This includes wildlife management, habitat management, research and sportsmen’s education. Without these dollars, fish and wildlife conservation projects would be very limited in South Carolina.