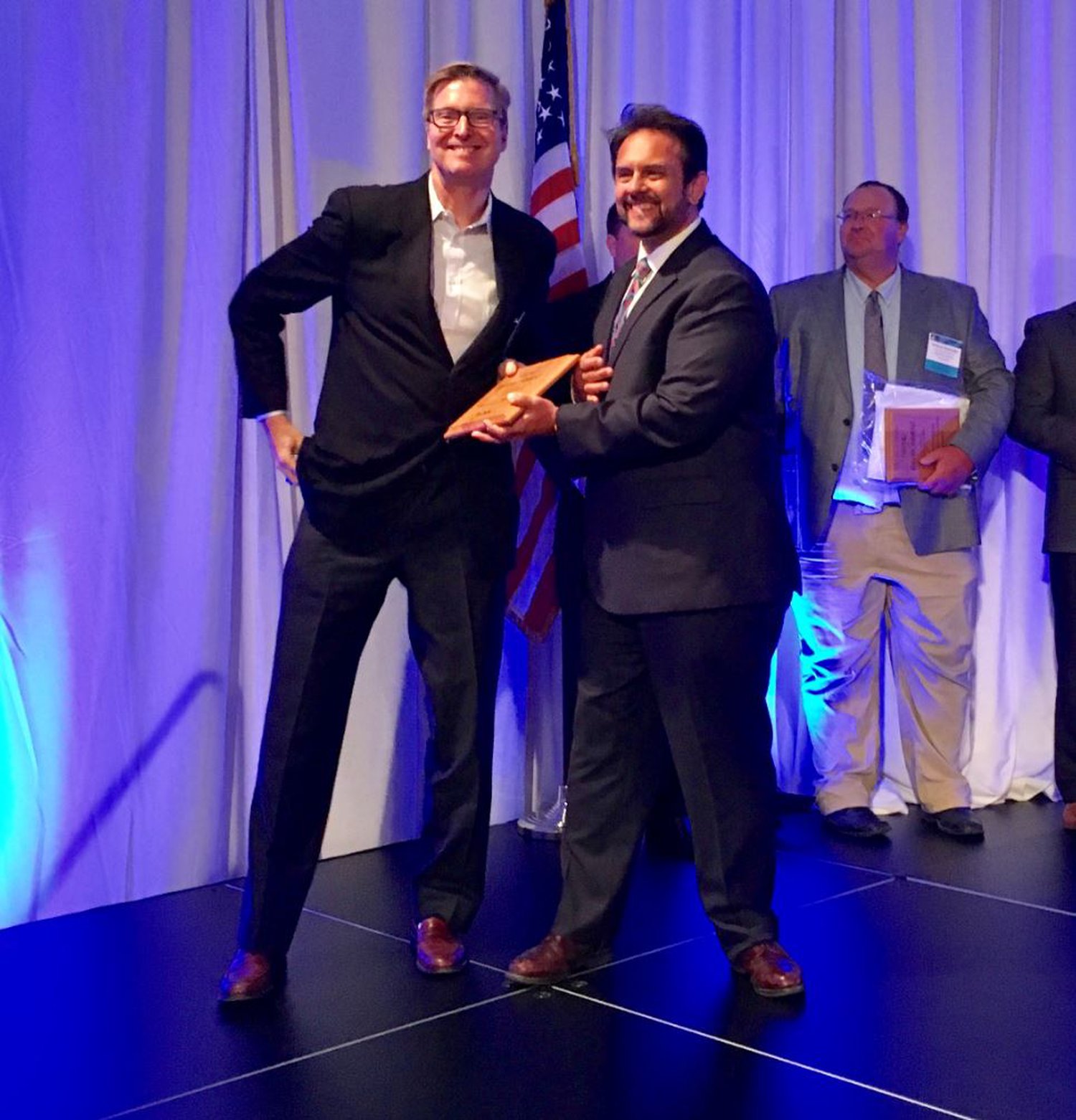 Mercury Marine was presented a Wisconsin Business Friend of the Environment Award on Wednesday in Madison. This is the second time in four years that Mercury has won the award, also winning the honors in 2014. The Business Friend of the Environment Awards highlights the actions Wisconsin companies are taking in the areas of pollution prevention, innovative technology and environmental stewardship.

Earlier this year, Mercury Marine launched an all-new V-6 and V-8 FourStroke outboard platform, the largest engine launch in the company’s almost 80-year history. In all, 19 engines in the 175hp–300hp range, continue to delight consumers with exhilarating performance and reduced environmental impact.

“We are honored to win the Business Friend of the Environment Award for the second time,” said John Buelow, Mercury Marine vice president of global operations. “The validation-testing of both the V-6 and V-8 platforms have set a new benchmark in the marine industry relative to the reduced amount of raw materials required for their manufacture, as well as their fuel economy, emissions, and noise abatement.”

Mercury’s continued focus on sustainability has earned them a Green Masters designation for seven consecutive years and in June, Mercury’s Active Trim technology was honored as the Sustainable Product of the Year Award in Wisconsin.

“We invest a lot of time and effort in our global sustainability efforts,” said Scott Louks, Mercury Marine sustainability and facilities project management manager. “Our 2017 Sustainability report outlined our goals and our successes, and we are well on our way to meeting and exceeding the lofty goals we set out to achieve by 2019.”

Some of Mercury’s sustainable headlines in 2017 include:

Mercury’s entire sustainability report from 2017 can be viewed here.