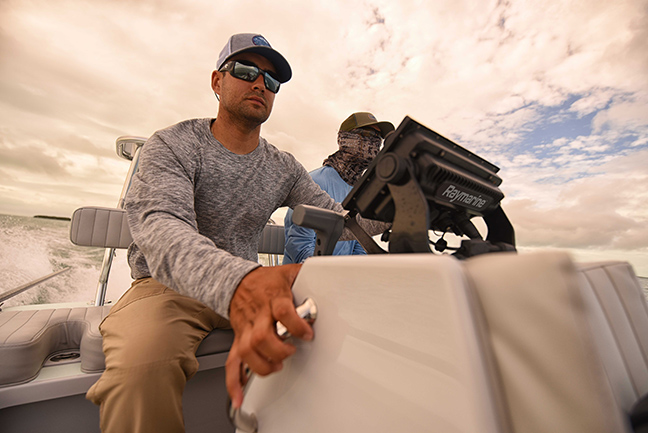 Axiom Pro models are designed around Raymarine’s proven HybridTouch™ control user experience, featuring both a multi-touch touchscreen control of the LightHouse 3 OS along with keypad, trackpad, and a rotary control interaction.  The combination of tablet-like touch screen and intuitive keypad operation lets captains efficiently and confidently access all of Axiom Pro’s features in all sea conditions.

Upgraded eS and gS models will also be able to network seamlessly with Axiom models, allowing boaters to expand their current onboard systems to include latest-generation features like RealVision 3D sonar.

LightHouse 3.3 will be available in December on Raymarine.com. Axiom Pro models start at $2,299.99 USD and are available from Raymarine’s authorized dealer network