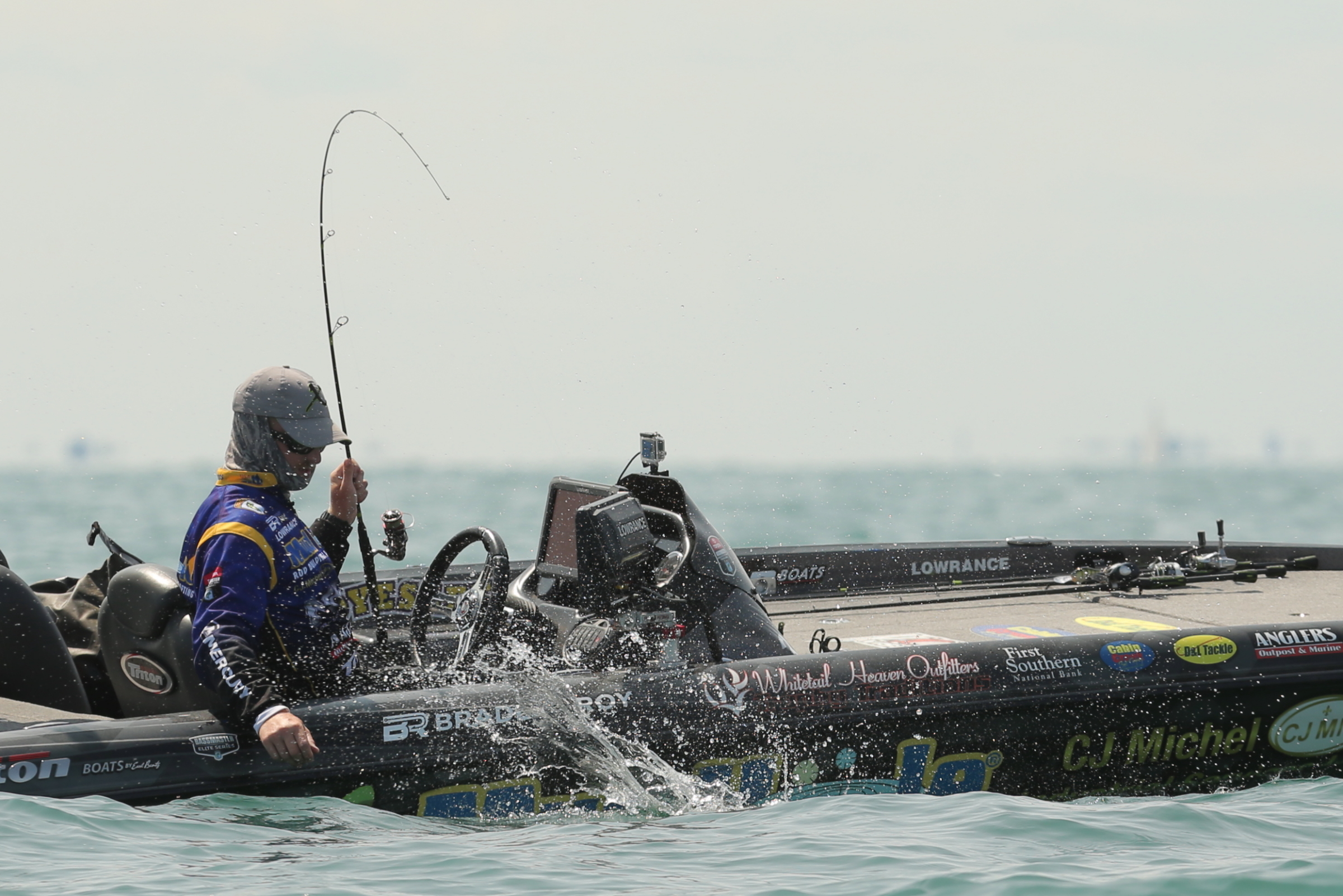 Giant smallmouth bass worth $100,000 to the top finisher will be the centerpiece of the final regular-season tournament stop on the Bassmaster Elite Series at the 2018 Huk Bassmaster Elite at St. Lawrence River presented by Black Velvet.

The tournament will be held out of Waddington, N.Y., August 23-26. The Upstate New York community currently holds the record for the most attended Elite Series event, which took place in 2013 with more than 34,000 loyal fans.

“We’re very excited to be back in Waddington again this year. The Bassmaster fans along the St. Lawrence River are some of the finest in the country,” said B.A.S.S. Director of Event Operations Eric Lopez. “There are a lot of activities planned in addition to the daily takeoffs and weigh-ins, including live music, military appreciation, lots of food and even a fireworks show Saturday night.”

There will be something for everybody to enjoy throughout the entire event, especially intense competition between the world’s 107 best bass anglers.

This event offers a thrilling final shot at an invitation to the Toyota Bassmaster Angler of the Year Championship for many anglers at or outside the Top 50 in points. Bradley Roy of Lancaster, Ky., will leave the docks during the opening round leading the AOY race.

“I’ve been doing my best to not think too much about the AOY title,” Roy said. “I know the fishery is renowned for kicking out plenty of 20-pound limits of smallmouth bass, and big fish over 6 pounds are very likely. The anglers who can catch bass a little bigger than average are the ones who will be left standing at the end.”

Roy said that he thinks maintaining a 4-pound average inside the daily five-bass limit will be necessary to earn a Top 12 appearance on Championship Sunday.

“I wouldn’t be surprised to see a 25-pound bag, but that isn’t an easy weight to catch at any tournament,” he said. “This fishery is the kind of place where everybody will be catching fish, and that will keep the standings tight each day. My goal is to look for and catch as many big smallmouth as possible.”

This will be Roy’s third visit to the St. Lawrence River, and considering his momentum so far this year, he’s in good position to finish strong. In 2015 the 27-year-old pro finished in 73rd place, and 59th in 2015.

He wants another shot at the abundant St. Lawrence smallmouth.

“I love that fishery,” he said. “There are so many fish to be caught, but to have a good finish or even win, you have to catch plenty 4- and 5-pounders — and that’s my goal this time around. I believe I’ll have to finish in the Top 12 to stay in control of the AOY race going into the Championship.”

Wrapping up the season on a healthy St. Lawrence River with lots of fat smallmouth bass is sure to wow B.A.S.S. fans. Adding a tight AOY race to the mix is only going to kick the excitement up a notch.

Takeoff will occur daily at 6:15 a.m. ET out of Whittaker Park Boat Launch, and weigh-ins will take place at the same location at 3 p.m.