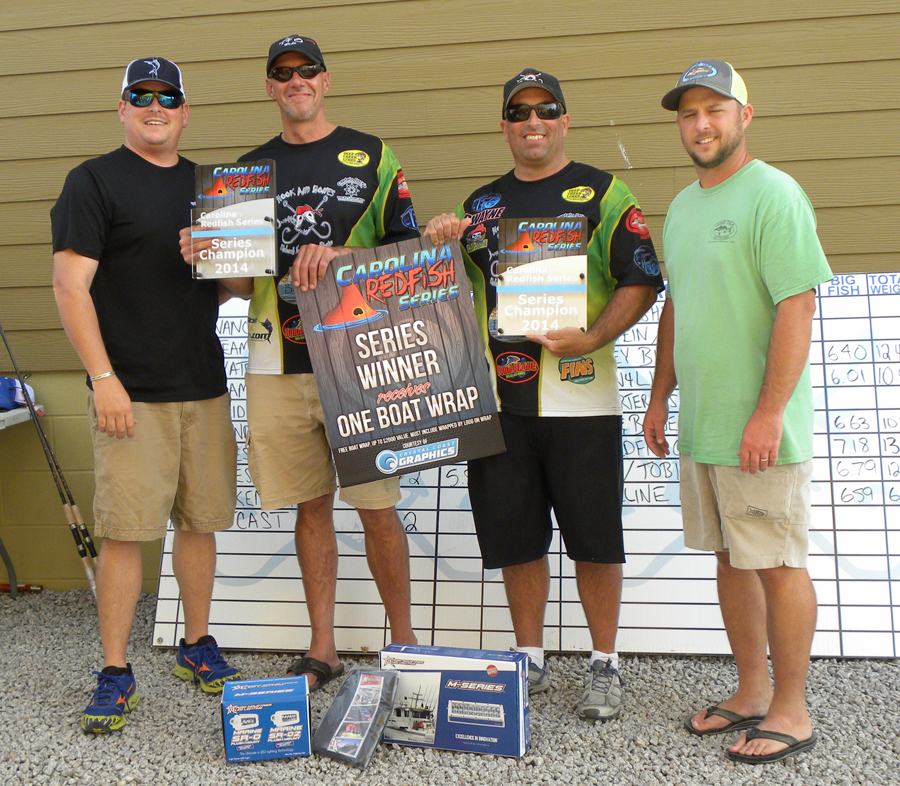 The final event of the 2014 Carolina Redfish Series was held at Chasin’ Tails Outdoors in Atlantic Beach, N.C., on Saturday, September twenty-seventh. The captains’ meeting was held the previous night, with food provided by Buffalo Wild Wings of Morehead City.

A total of 19 teams competed in the final event. With tough fishing conditions of wind and higher than normal tides, it was a challenge that made the Team of the Year (TOY) title close.

The weigh-in kicked off at 4:00pm with only the 10 teams that found fish because of the weather conditions. Dwayne Smith and Lee Padrick of The Redfish Guys, with a two fish aggregate of 13.82 lbs, took the win of Event 3 as well as the title of Team of The Year. They won over $5,000 in cash and prizes, the TOY Trophy, a boat wrap from Crystal Coast Graphics, and Rigid Industries LED Lighting. Coming in 2nd place for event 3 was Team Sounds Good – Eric Jones and Sammy White, 3rd place Team Smokey Burnout – Tom Roller and John Hadley, and in 4th place was Team Tobin/Tobin – Travis Tobin and Kyle Tobin. Team Buffalo Wild Wings – Dave Bernstein and Daniel Griffee took second place in series and Team Trueline – John Hislip and Rick Patterson came in 3rd place. 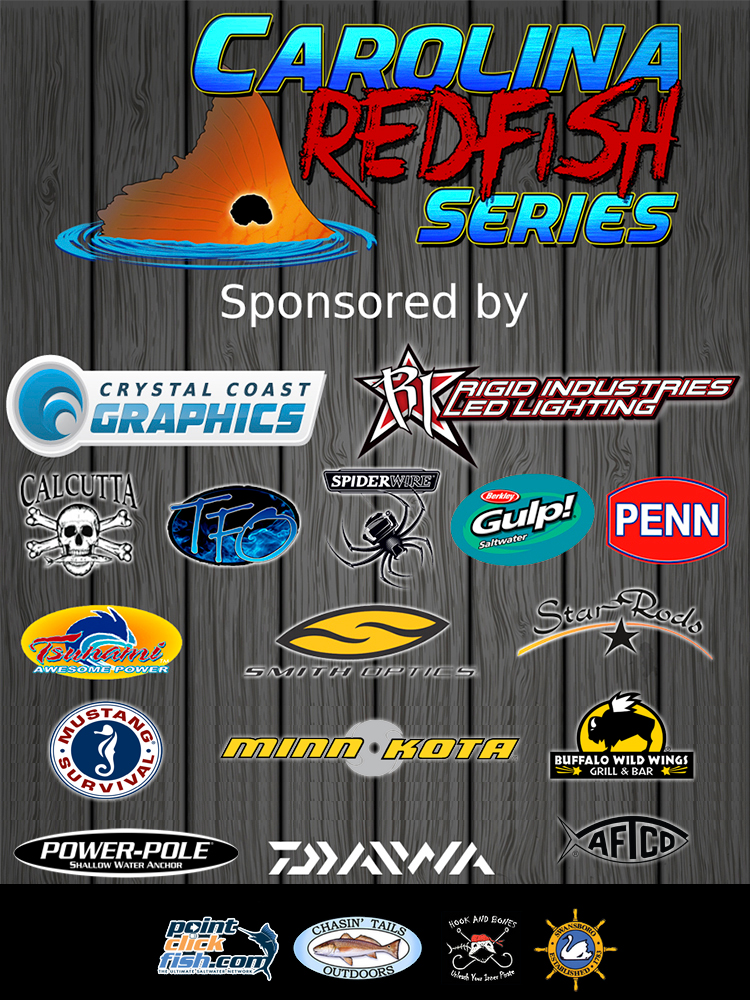