“While disappointing to move the tournament, we understand the current climate of the pandemic in Mecklenburg County and the timing of this event,” said Travis Dancy, Director of Sales at Visit Lake Norman. “We look forward to welcoming some of the best collegiate anglers in 2022 on Lake Norman and continuing our long-standing relationship in hosting B.A.S.S. events.”

North Carolina Governor Roy Cooper recently extended a variety of measures designed to curb the spread of COVID-19, including restricting outdoor gatherings to no more than 25 participants. While that order is set to expire February 28, officials did not want to risk a last-minute cancellation should the restrictions be extended once more.

“It is disappointing any time you have to move a tournament, but it is especially important when college anglers are taking time away from their studies to compete that we respect that time,” said College Series Senior Manager Hank Weldon. “B.A.S.S. has emphasized over the past year that we will heed each state’s mandates on crowd sizes and public spaces to ensure both competition and fan activities can resume safely.

“We are thankful to our friends at Visit Anderson to be able to move the event to the always popular Lake Hartwell and maintain the original competition dates.”

Hartwell has hosted three previous Bassmaster Classics and six major B.A.S.S. events as well as a number of B.A.S.S. Nation, college and high school tournaments. Plus, the lake has consistently been ranked as one of the country’s Top 100 Best Bass Lakes in Bassmaster Magazine’s annual rankings, making the coveted list four times since 2015.

At this time no changes are planned for the Basspro.com Bassmaster Southern Open at Lake Norman currently scheduled to take place Sept. 23-25.

B.A.S.S. is pursuing options with the local host to offer a 2022 tournament on Lake Norman. 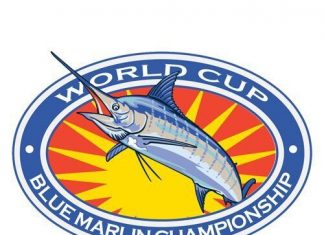