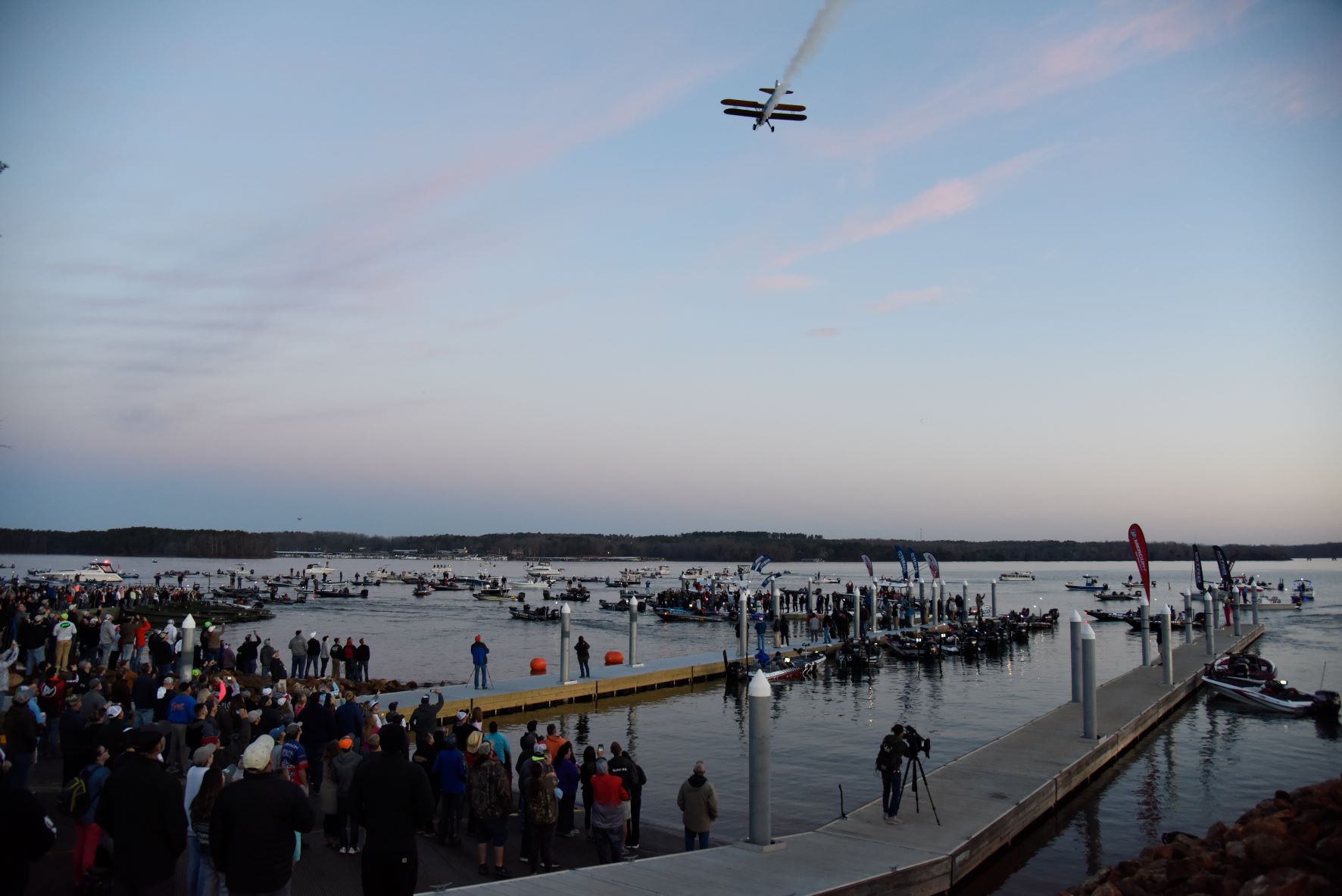 More water and warmth may be the key factors when the 2022 Academy Sports + Outdoors Bassmaster Classic presented by Huk visits Lake Hartwell for the fourth time in the event’s storied history.

Competition days will be March 4-6 with daily takeoffs from the legendary Green Pond Landing & Event Center in Anderson at 7 a.m. ET and weigh-ins each day at Bon Secours Wellness Arena in Greenville at approximately 4:40 p.m. The winning angler will claim a $300,000 prize and the most coveted trophy in all of professional bass fishing, as the 55-angler field competes for a share of a $1 million purse.

Before Classic waters went off-limits Jan. 1, Bassmaster Elite Series pro Brandon Cobb found Hartwell’s water level about 5 to 6 feet below normal pool. Making his home in Greenwood, S.C., about an hour from Hartwell, Cobb said the lake’s nearly back to full pool now — a point to which anglers may need to adjust.

“I think the fishing is considerably better when the lake is down, because it leaves less cover in the water and concentrates the fish,” said Cobb, who won an Elite Series event on Hartwell in 2019. “Even shallow fishing seems to be better when it’s down.”

That being said, Cobb believes the warming trend will have a positive impact. Daytime highs are forecast to reach the upper 60s to low 70s during the event — a stark contrast to the frigid 2015 Hartwell Classic, during which anglers struggled to launch boats that had frozen to their trailers when temps dropped into the single digits.

“I really think one of the main things that’s going to determine this Classic is how hot and cold it gets leading up to the first day of the tournament,” Cobb said. “The (forecast highs) are slightly above normal for this time of year. The cooldown the weekend before the tournament is actually about the normal temperature for late February.

“I think warmer conditions make some fish easier to catch, but honestly, I think it would take more weight to win if it were extremely cold. Warmer weather scatters them, but cold weather concentrates them.”

One of three U.S. Army Corps of Engineers projects on the Savannah River, Hartwell was impounded by its namesake dam in 1962. The dam sits 7 miles downstream from the confluence of the Tugaloo and Seneca rivers, which form the Savannah. At normal pool, Lake Hartwell extends 49 miles up the Tugaloo and 45 into the Seneca.

At its deepest, the lake plunges to 185 feet, but averages 45. Like most reservoirs, Hartwell holds its greatest clarity down near the dam, with stain increasing into the river arms and the numerous tributary creeks.

“It hasn’t rained much (recently), so I think you’ll see some dirty water, but not abnormally dirty water,” Cobb said. “And the rise in water level wasn’t due to a lot of rain. It’s not high, it’s just back at normal pool.”

Offshore habitat includes a mix of humps, rocks, islands, points, channel swings and standing timber, while the shallow to mid-depth range has a mix of docks, bushes, laydowns and brushpiles.

Actually made of bundled and anchored bamboo stalks, canepiles typically are most relevant in the warmer season when bass target bait schools holding over top. However, their lower sections may interest prespawners staging along their shoreward journey.

Covering approximately 56,000 acres, Hartwell offers plenty of room for a 55-boat field to disperse. Cobb said the entire lake will be in play, but certain areas will receive higher attention.

“I think you’ll see groups of people fishing certain areas just because of past history, and they tend to be the most productive parts of the lake,” he said. “Over my years of fishing Hartwell, I really think you could probably win the tournament in any 5 miles of the lake.

“For example, the Tugaloo River has always played in the past because it has more creek tributaries. And, the spotted bass have gotten bigger and bigger every year and the majority of spots live in the lake’s main body. There are some spots up the rivers, but the biggest population is on the main lake.”

To that point, the most consistent Classic competitors will likely turn in mixed bags of largemouth and spotted bass. Generally, that means catching the biggest limit of spots you can find and then hunting a kicker largemouth.

With the warmer weather likely to ignite the shallow bite, some anglers will likely follow a largemouth-focused strategy. The quality will be higher, but the bites may be fewer. The other option: Weeding through a lot of short-to-barely-keeper spots in hopes of finding the competitive fish that Cobb said are on the upswing.

“In my opinion, I think it would be hard to win with straight spots; I think you’d need a heavy largemouth or a mixed bag,” he said. “It’s only been in the last three to four years that the spots have been anything that you would even worry about in a tournament. That’s what has changed — the spots have gotten a lot bigger.”

The annual Bassmaster Classic Outdoors Expo presented by Marathon will be held at the Greenville Convention Center with exhibitors on-site selling a variety of merchandise for fishing, hunting, camping and more. Hours for the Expo will be noon-7 p.m. Friday, 10 a.m.-6 p.m. Saturday and 10 a.m.-4 p.m. Sunday.

Legendary angler and TV show host Bill Dance will be in the B.A.S.S. booth and on Bassmaster LIVE March 5 at 10 a.m. Meet the legend and have your picture made with the iconic Classic trophy.

There will be a shuttle service offered between the Greenville Convention Center (expo) and the Bon Secours Wellness Arena (weigh-in).

The Bassmaster Classic is being hosted by Visit Anderson and VisitGreenvilleSC. 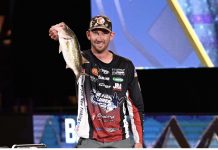