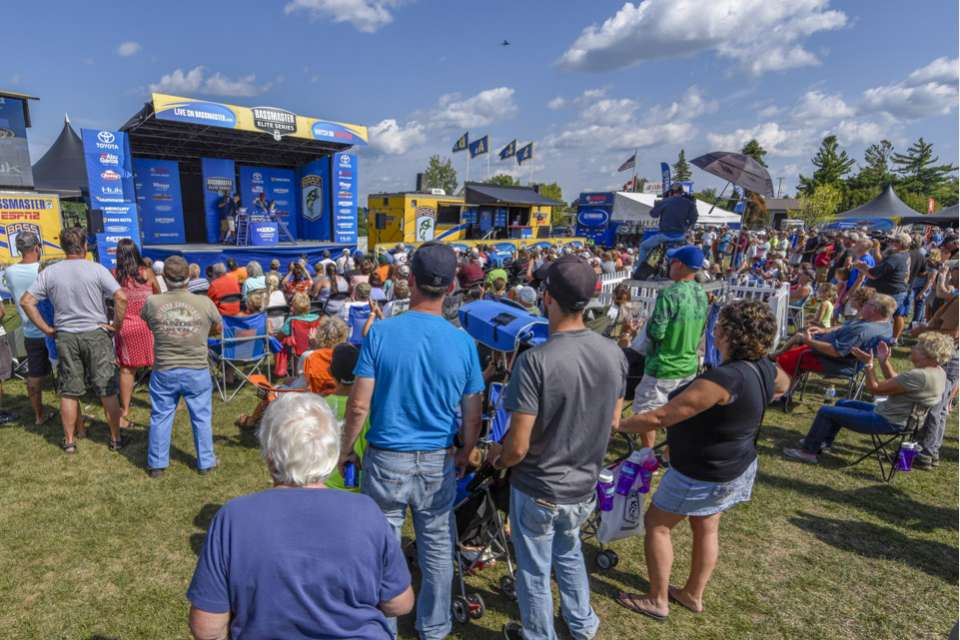 The St. Lawrence River, one of the most popular fisheries among anglers and fans of the prestigious Bassmaster Elite Series, will become a regular stop on the tour under a new multi-year agreement between B.A.S.S. and the Village of Waddington.

The agreement was signed by Waddington Mayor Janet Cassada today during weigh-in ceremonies of the Huk Bassmaster Elite at St. Lawrence River presented by Black Velvet, being held in Waddington this week.

Under the agreement, Waddington will host regular season Elite Series events through 2021. Each will be a qualifying event for the Bassmaster Classic, widely considered the Super Bowl of Bass Fishing.

“It was our goal to host the biggest and best tournaments, develop a long-term relationship with Bassmaster and welcome all anglers and visitors to our beautiful destination,” said Waddington Mayor Janet Otto-Cassada. “We are so grateful that our partners in the village, at the St. Lawrence County Chamber, the County Executives and the state of New York are all in support of our vision. Bassmaster has a long-term host with Waddington, and we are once again pleased to roll out the red carpet.”

This marks the first time B.A.S.S. has committed its Elite Series to visit a tournament venue for multiple years.

“We are thrilled to be returning to Waddington for the next few years,” said B.A.S.S. CEO Bruce Akin. “Waddington ranks as the most popular venue in Elite Series history, drawing more than 34,000 bass fishing fans when we visited there in 2013. The St. Lawrence River valley is home to some of the most passionate fans of our sport, and the Village of Waddington goes all out to draw them to our events in the community.”

Four-time Classic champion Kevin VanDam won the 2017 Huk Bassmaster Elite at St. Lawrence River presented by Go RVing with more than 90 pounds of bass during the four-day competition, and top anglers this week are on pace to top that mark.

VanDam predicted “a heckuva shootout” this week, and his expectations are being borne out by huge catches the first two days of competition. Brandon Lester of Fayetteville, Tenn., was on a record-setting pace as he led the field with 50 pounds, 1 ounce, after two days of fishing.

“This area isn’t just a pro tournament destination,” VanDam said in a column on Bassmaster.com, “but it is also a great place for a family vacation. It’s a beautiful area that offers plenty of things to see and do other than fishing.”

This week’s tournament began with 107 of the world’s best bass anglers competing for the $100,000 first prize and valuable Toyota Bassmaster Angler of the Year points. The field was cut to the Top 50 for today’s competition, and the Top 12 will compete on Championship Sunday.

B.A.S.S. is a 500,000-member organization headquartered in Birmingham, Ala., that conducts tournament competitions ranging from the grass-roots and club level to the pinnacle of professional fishing.

Takeoff Sunday is at 6:15 a.m. ET out of Whittaker Park Boat Launch, and the final weigh-in will be held at the same location beginning at 3 p.m. 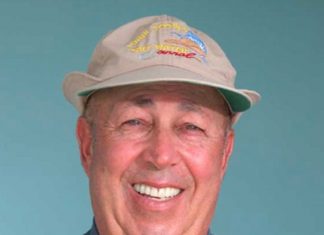