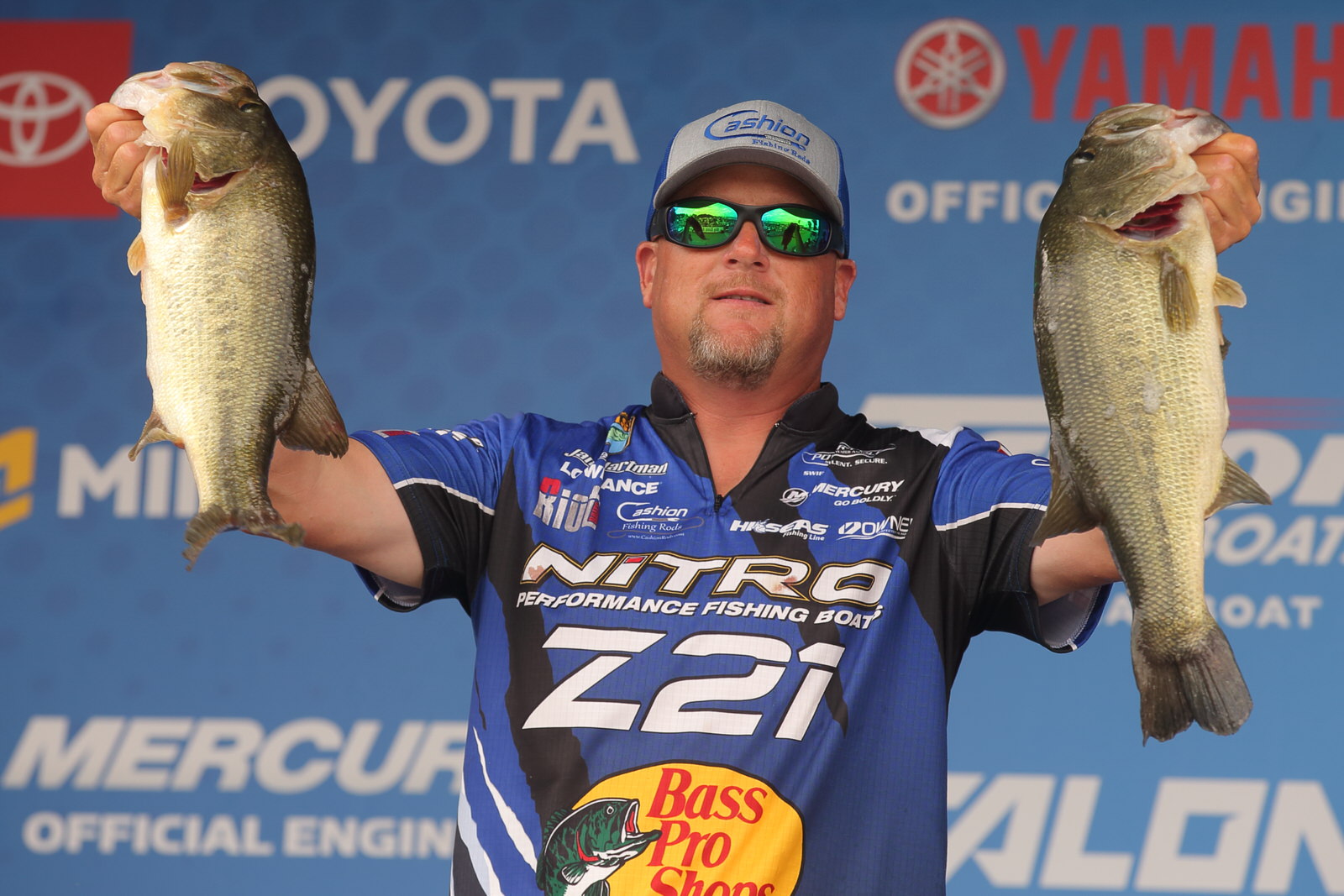 When Jamie Hartman burst onto the scene with the Bassmaster Elite Series in 2017, he seemed like a virtual lock to eventually hoist one of the trail’s coveted blue winner’s trophies.

He had five Top 10s that first season — including a second- and a third-place showing — prompting many to believe he could be a true superstar in professional bass fishing.

A back ailment cut Hartman’s season short in 2018 and delayed his quest for an Elite Series win.

But it couldn’t derail it.

The New York native, who now lives in Arkansas, caught five bass Monday that weighed 23 pounds, 15 ounces and claimed his first Elite Series victory with a four-day total of 79-10 at the Academy Sports + Outdoors Bassmaster Elite at Lake Guntersville.

“It’s just a godsend to be back here on the Bassmaster Elite Series,” Hartman said. “I’m just so happy to be able to do this for a living and to finally get over the hump with a win.

“I never say this — and I really don’t even know how to describe it. But I had a creepy, creepy feeling coming into this week that I was going to win.”

Having never seen Lake Guntersville before the official practice period began Tuesday, Hartman did what most anglers would likely do — he headed straight for the lake’s famous ledges and tried to find big schools of bass deep. But he struggled deep on Day 1, bringing in only 14-13 and landing in 46th place.

That’s when he finally admitted to himself that he needed to commit to a shallow pattern he had identified along a grassy stretch of shoreline. He caught 20-10 on Day 2 and 20-4 on Day 3 to begin Championship Monday in 10th place.

“It’s the third week of June, so there was no reason not to go deep,” Hartman said. “But that bite got progressively worse every day from practice through the first day of the tournament.

“I had several schools located deep. But on that first day when we lost the wind, I lost two of those schools.”

That’s when he moved to a spot that was loaded with fish in 3 feet of water. He described it as a “simple cutout along the bank that probably wouldn’t stand out to anyone.”

He caught some of fish flipping and punching baits through thick grass. But he did all of his damage Monday with an unspecified bone-colored walking topwater lure.

He had more than 18 pounds by 7:30 a.m. and continued culling up throughout the day. His biggest fish — a largemouth that weighed 6-7 — came around 1 p.m.

“The wind made that spot better today — and the cloudy conditions,” Hartman said. “I felt going out like there was a chance they would be stacked in there, and they were stacked.

“To come from behind in a tournament like this — and to catch all of the fish on top — it just doesn’t get much better than that.”

Hartman outscored Texas pro Chris Zaldain and Matt Arey who both weighed in 79-4, by 6 ounces. Louisiana pro Caleb Sumrall brought 77-10 to the scales to finish fourth.

A major storm rolled through Scottsboro just as Hartman was handed the trophy — and in the chaos of 40 mph winds, he wasn’t sure of even the smallest details.

He just knew he won.

Florida angler Bernie Schultz earned $1,500 for Phoenix Boats Big Bass of the week with a 7-0 largemouth he caught on Day 1. Another Florida pro, Drew Cook, took the lead in the Toyota Bassmaster Angler of the Year standings and the DICK’S Sporting Goods Rookie of the Year race.