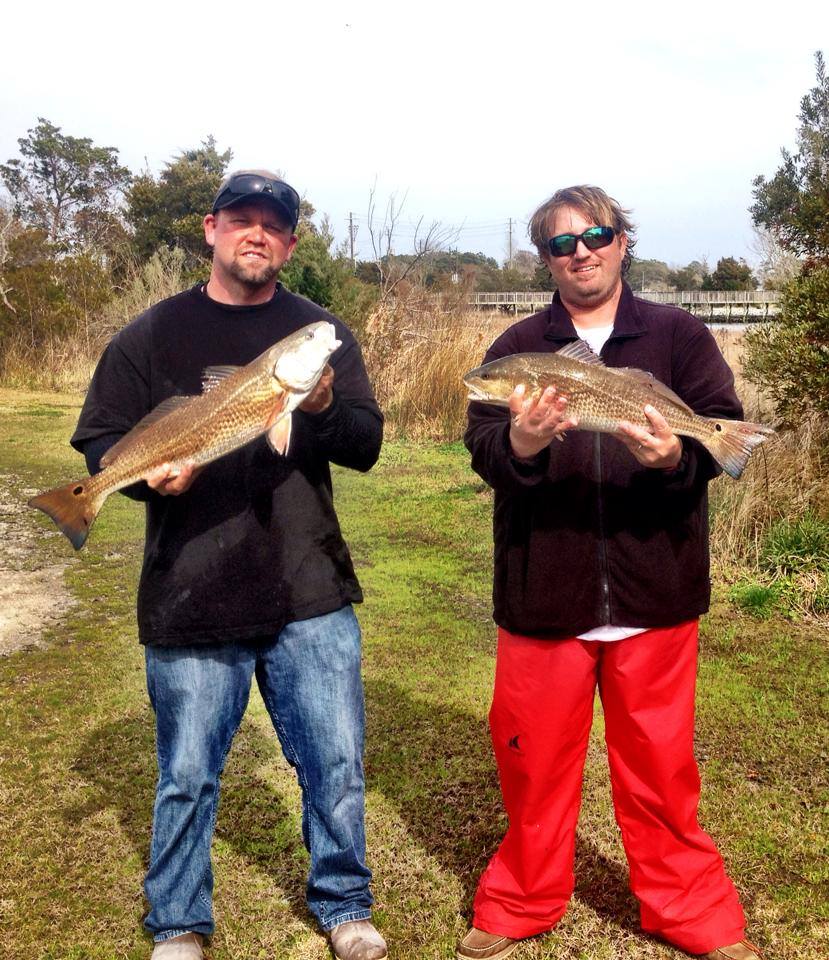 The Riley Rods Redfish Shootout Series kicked off today in Beaufort, NC. At first safe light 11 teams headed out in search of redfish with most teams making the long run to Swansboro and Sneads Ferry. Tournament organizer Mike Pedersen and Captain Lee Parson said they choose to stay in the local area and fishing conditions were tough, water crystal clear but they did not see a fish the whole day. While The Redfish Guys, Dwayne Smith and Lee Padrick, said they fished the local area but fishing was tough but they managed to find a few with landing 3 fish with 6 bites. “We had to work hard for these fish today. The teams that decided to cross Bogue Sound were rewarded with huge schools of reds. There will be some big bags brought to the scales this year” said Dwayne Smith – The Redfish Guys.

John Moore, Team Hook and Bones, said that the morning conditions were great for a long run to Swansboro. “When we arrived the tide was dead low and our first spot was impossible to get to. After poling to our spot, we located the school and my partner, Todd Mathews, was able to reach them with a Top Water lure. After that, it was game on for the next 4 hours. Team Hook and Bones said after 50 or 60 fish they were only able to upgrade to a couple of 24 1/2″ fish. The team saw several large fish mixed in the big school but were not able to catch’em. Overall, it was a solid day of catching Reds.”

Event winners Captain Robbie Hall and Jon Morton – Team Reel Outdoors said they made a run of about 30 miles to the south to Swansboro. “It was a great morning for fishing with calm weather to start the day. We were lucky enough to have fish in front of us all day and we probably culled through 30-40 fish before we were able to get two upper slot fish. Most fish were caught on Salty Bay Red Devils and various Gulp baits. The wind got up out of the SE which made a super rough and wet ride back but it was definitely worth it.”  Captain Hall wanted to thank The Reel Outdoors and Quantum fishing for their support.

Shortly after 3 PM the scales opened and the weigh-in took place at the Beaufort Wildlife Access with weigh master Daniel Sbrocco manning the scales. The PointClickFish.com team enjoyed seeing everyone at the scales and would like to congratulate the winners. Next up will be the Carolina Redfish Series May 31st in Atlantic Beach, NC.