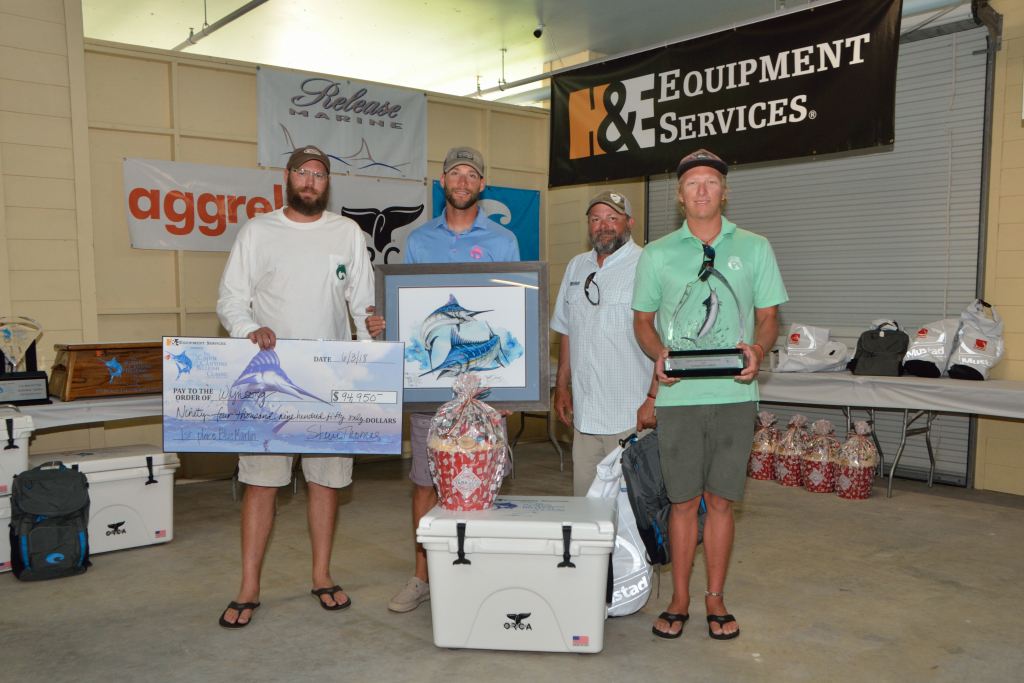 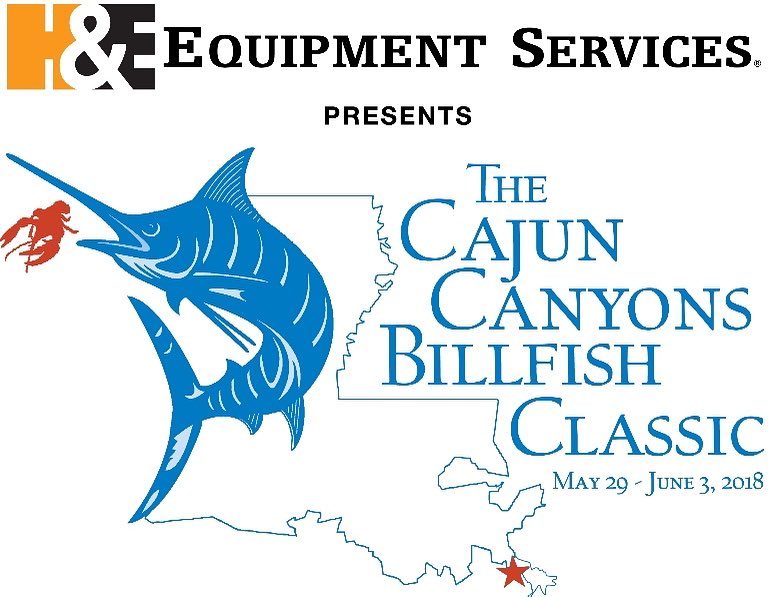 The 14th Annual Cajun Canyons Billfish Classic, presented by H&E Equipment Services, the second leg of The Gulf Coast Triple Crown Championship, is now in the record books. With a fleet of 46 boats, ranging in length from 32′ to 95′, our participants fished for a total purse of $662,400.00, plus trophies and prizes.

Our festivities started Tuesday evening, May 29, with our Dock Party, sponsored by our host facility, Cypress Cove Lodge & Marina. Everyone enjoyed the boiled shrimp, smoked pork, and of course, the bread pudding. A good time was had by all. Wednesday, May 30, was our official Registration Day, Captains Meeting, and Kick-Off Party. As usual, we were slammed with last minute arrivals of boats due to the weather that came in over the Memorial Day weekend. Acme Oyster House lived up to their reputation at our Kick-Off Party, sponsored by our friends at Le Beouf Towing, with seafood pasta, oyster bar, fried fish and all the trimmings. Thank you Acme and LeBeouf Towing!

Thursday, May 31, started a little slow (as a result of too much fun Wednesday night maybe?). Optional entries closed at 11:00 am with a total purse of $662,400.00. Father Gerry Stapleton from St. Patrick’s Cathedral of Port Sulphur, Louisiana visited to continue our tradition of the Blessing of the Fleet. At 1:00 pm, boats departed for the river, the rip, rigs, Mississippi Canyon and Green Canyon in the Gulf of Mexico, led by Chasin Tail an 80′ Weaver, with owner John Engquist of H&E Equipment Services and Captain Clayt James and crew.

Friday, June 1, our phones started ringing at 8:13 am, with Team Reel Addiction, Rocky Jones’ 56’ Viking, with Captain Scooter Porto reporting a 111” Blue Marlin in the cockpit for angler Tyler Massey, and heading to the scales. When they weighed in at Cypress Cove Marina, it tipped the scales at 545 lbs. Then, the phones started blowing up with 18 more Blue Marlin releases, including Captain Robbie Doggett on the 95’ Jim Smith, Relentless Pursuit, with owner Dennis Pasentine having 3 Blue Marlin releases and multiple boats with 2 releases. Also, Second Wind, a 68’ Viking with Captain Marlin Brown and owner Mitch Jurisitch calling in a boated 110” Blue Marlin for angler David Schaefer heading to the scales. Second Wind’s Blue Marlin weighed in at 488.9 lbs. At 6:30 pm, A Work of Art, a 92’ Viking with owner Art Favre and Captain Ron Woodruff called in a 117” Blue Marlin for angler Kevin Courville, but they chose to stay out fishing and come in on Saturday. When A Work of Art came in, their Blue Marlin weighed in at 521.3 lbs.

Saturday, June 2, started out a little slow until the 66’ Viking, Wynsong, owned by Will Wilson with Captain Allen Staples calling in a hook up for angler Zoc Tokheim. All they could say is it a BIG one. 5 ½ hours later, Wynsong, reported a really fat 117” Blue Marlin in the cockpit! During Saturday, the 70’ Viking, Done Deal, with sponsor/owner Jon Gonsoulin and Captain Jason Buck had called in 2 Blue Marlin releases for Jon’s daughter, Katie Gonsoulin (another gold cap special). Wynsong backed in and their Blue Marlin weighed in at 699.3 lbs to take over 1st Place, putting Reel Addiction in 2nd Place at 545 lbs, with A Work of Art coming in with 3rd Place at 521.3 lbs. in our Blue Marlin Division.

Our Release Division, sponsored by Release Marine, ended with the following standings and all winners receiving custom inlayed step boxes from Release Marine:

Our Dolphin Division saw some nice Dolphin weighed in for this early in the season with the following standings:

Our Tuna Division ended with the following standings, with Wynsong again in the money:

Our Wahoo Division ended with the following standings:

Our Top Money Boat was Relentless Pursuit, taking 1st Place Release, and multiple Tuna jackpots for a total purse of $164,070.00.

Our Top Female Angler Award, sponsored by The Roosevelt Hotel of New Orleans, went to Katie Gonsoulin, fishing with her dad, Jon Gonsoulin on their 70’ Viking, Done Deal, with 2 Blue Marlin releases for a total of 1,000 points.

Our Top Youth Angler Trophy, in Memory of Jim Peachey, was awarded to 15 year old Ryan Cooper, fishing with his dad Scott Cooper on their 37’ Freeman, Triple C. Ryan had a Blue Marlin release, a White Marlin release, and 1st Place Wahoo at 40.3 lbs, along with a 33.9 lb Dolphin.

Sunday morning, our Awards Breakfast was hosted by our Presenting Sponsor H&E Equipment Services with food by Cypress Cove Grill–thank you Charlotte and Rene! 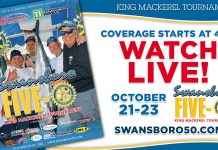