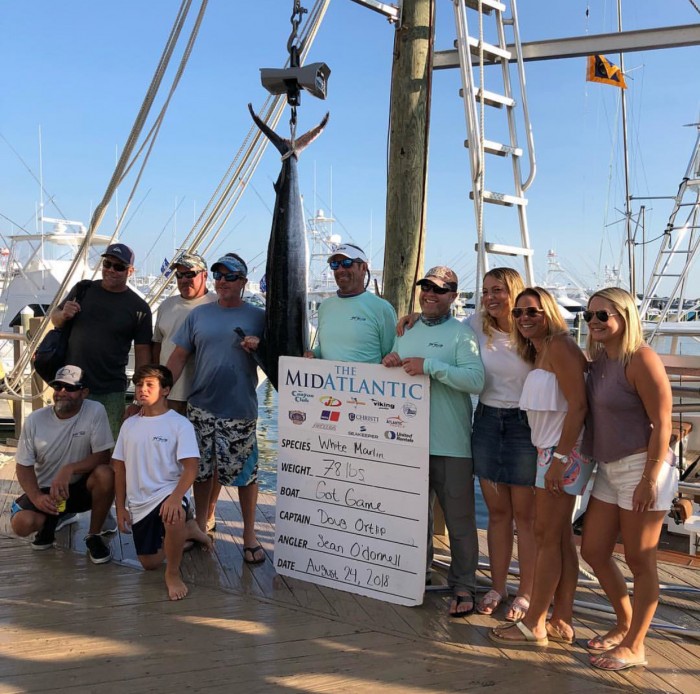 The 2018 MidAtlantic, the 27th edition of sportfishing’s “Main Event,” came to an exciting close last night for the 157 participating boats and crews with award ceremonies featuring lavish buffet dinners and record cash payouts for numerous winners celebrated at Canyon Club Resort Marina in Cape May, New Jersey and Sunset Marina in Ocean City, Maryland. The week saw numerous records set once again including a cash purse of well over $3.36 million up for grabs, record single payouts for the top winners in the white marlin and tuna categories and a record number of blue marlin (55) caught and well over 750 white marlin released!

The final day of the 2018 MidAtlantic dawned sunny and clear with a light breeze and full moon in the sky. Once again, a bit of tournament history was set as for the first time in the event’s 27-year history the entire fleet of 157 boats was eligible to fish on the final day. Day Five saw several changes on the leaderboard on what has traditionally been called Moving Day at the MidAtlantic. This event was the first billfish tournament to use the phrase in reference to the major shake-ups which occur on the leaderboard and this year would be no different. Sea conditions improved dramatically from the previous day and the billfish bite continued its scorching pace.

The most significant changes occurred in the white marlin category when Captain Doug Ortlip backed Sean O’Donnell’s Cape May-based Got Game to the scales at Canyon Club in Cape May and weighed a 78-pounder for angler O’Donnell to jump to the top of the leaderboard. O’Donnell and crew later in the evening accepted the winner’s check of $905,408 in Cape May, a record payout for white marlin! Got Game’s 78-pounder pushed Thomas Colquhoun’s Special Situation from Ocean City, Maryland and Justin Branning’s 3’s Enough from Wall, New Jersey, leaders from Day One of the tournament, into a tie for second place as each had weighed white marlin of 73-pounds. 3’s Enough received $293,712 while Special Situation netted $134,006. Worthy of note is the difference in payouts reflects the level of side bets, known as Calcuttas, each participant enters. Another significant change to the leaderboard on Day Five occurred when Captain Paul Robertson weighed a 69-pound white marlin for angler Joey Hurley from their Dayton, Maryland-based FFMD and moved into a tie for third place with Leonard Tallo’s Gusto from Islamorada, Florida. For their efforts Gusto received $169,466 while FFMD netted $141,376.

A record setting 55 blue marlin were caught during the tournament and two were weighed on Day Five though both fell short of the event’s 400-pound minimum weight. As a result, the blue marlin prize money was equally divided among the winners of the white marlin category.

Though numerous tuna were weighed on Day Five all fell short of the leaderboard. Ed Dunn’s DA Sea from Grasonville, Maryland captured the top prize and a record payout $571,289 for their 116-pound big eye caught on Day Two. Captain Mark DeBlasio’s Blue Runner from Manasquan, New Jersey and Chad Jackson’s Toddy Time from Ft. Meyers, Florida tied for second place with big eyes of 114 pounds which were both caught on Day Two. DeBlasio received $209,260 while Jackson walked away with $114,790. Third place and $16,807 went to Curtis Campbell of Baltimore, Maryland with a 111-pound big eye caught aboard his Reel Estate on Day One.

Ed Zajdel of Ocean City, Maryland won the wahoo category with his 71-pounder caught aboard The Zipper on Day Two and received $19,787 while Michael Chase of Villanova, Pennsylvania aboard his Contrail finished in second with his 49-pounder caught on Day Four and took home $50,149. Chase also weighed a 46-pounder on Day Five which moved him into a tie for third place with Joe Posillico’s Torta from Farmingdale, New York who weighed his 46-pounder on Day Two. Posillico received $23,735 while Chase received and additional $18,753. 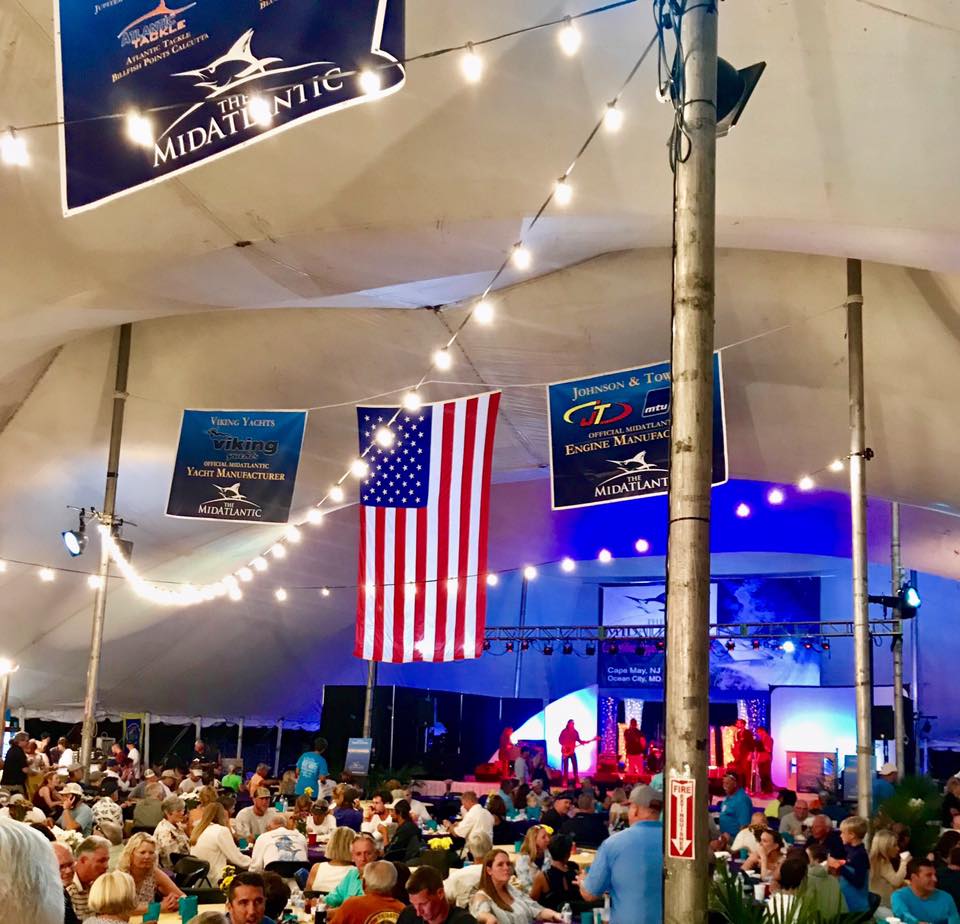 Please note well over 60 individual cash awards are possible due to the wide variety of Calcuttas. See below the payout for the species indicated and please note payouts vary by the number of Calcuttas each participant enters. It should be noted that no less than eight winners received a payout of more than six figures and an additional eight winners received payouts of $25,000 or more!

The following received Calcutta winnings for various positions on the leaderboard during the tournament:

**Ties broken based on time of catch.

Worthy of note is a total of 818 billfish including 765 white marlin and 53 blue marlin were released which translates to a catch-per-unit-of-effort of 1.73 billfish per-boat per-day! That’s the second highest CPUE in the event’s 27-year history behind 2016 which saw a 1.78 CPUE with the same number of entries in the tournament.