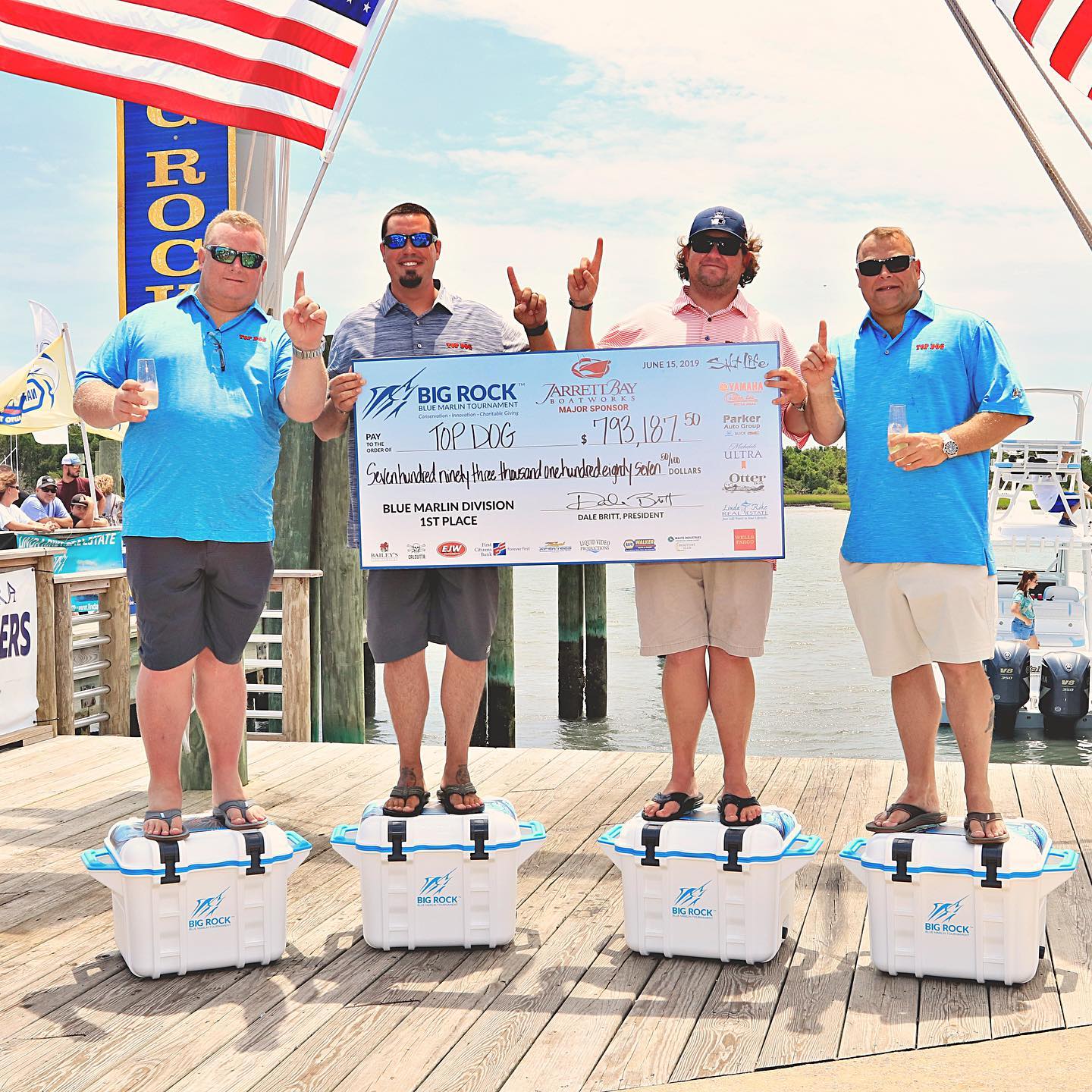 This year’s Big Rock Blue Marlin Tournament came down to the wire with the TOP DOG taking top honors with their last day 914 lb Blue Marlin. The record-breaking fish won the TOP DOG a check for $793,187.50 from the $2,869,050 purse.

SWEETUMS won $531,250 for being the Fabulous Fisherman, which is the crew that boats the tournament’s first 500-pound Blue Marlin.