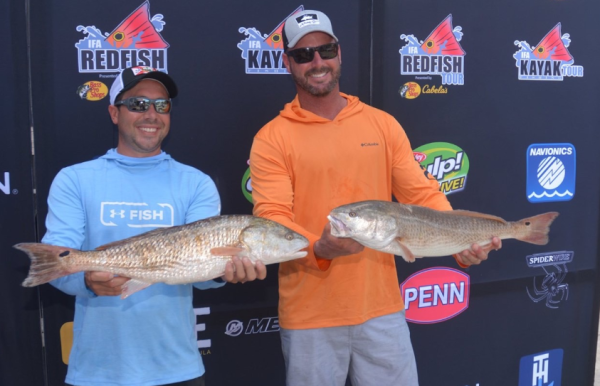 The team prepared for the tournament by pre-fishing the area all week.

“We caught good fish every day,” said Allen. “We found our fish the first thing in the morning and had our limit by 9:00 a.m. We also caught a dozen oversized as well.”

Running south for 30 miles from takeoff, the anglers boated their winning limit with Berkley Gulp! and gold spoons. Their 7.62-pound redfish was the heaviest of the tournament and won the $500 Berkley Big Redfish award, along with $250 in Berkley products. In total the team walked away with $28,650 in winnings.

Second-place finishers Karl Butigian and Brandon Murphy, both of Port Charlotte, Florida, weighed 13.52 pounds to win a total of $3,792. The team fished both north and south of the takeoff and experienced a tough day on the water due to being unfamiliar with the area.

Despite their inexperience around Steinhatchee, the duo did get on some quality fish and enjoyed their day on the water.

“The redfish were with the jacks,” said Butigian. “So we just looked for jacks and fished them. We fished clean and caught a lot of fish. We couldn’t be happier being our first time here.”

The team boated their limit on Berkley Gulp! shrimp and gold spoons.

For more information or to become a member of the IFA, visit www.ifatours.com. 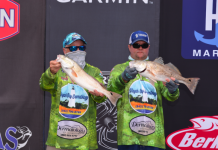 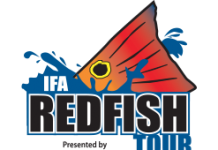