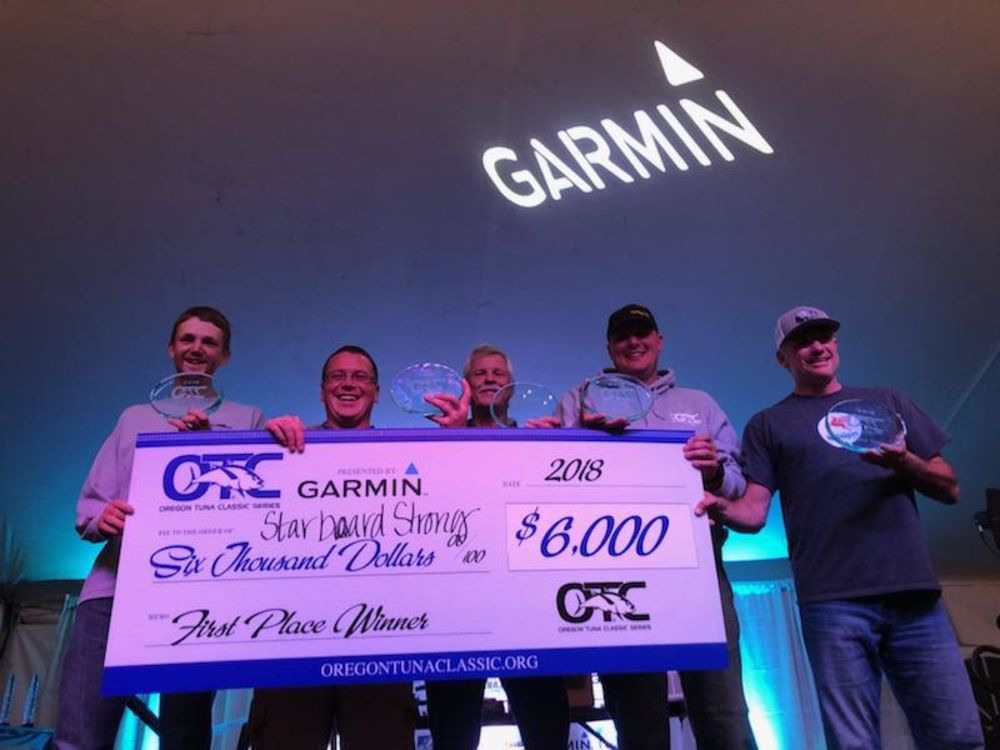 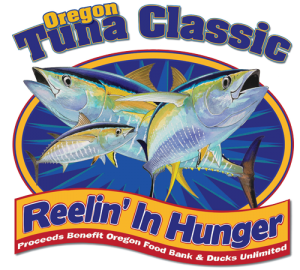 The 2018 Oregon Tuna Classic had 43 teams registered for this year’s competition, and at the end of the day 22 teams crossed the demarcation line and turned in 4,900 pounds of fresh albacore tuna headed to the those less fortunate in Tillamook County. Traditionally 65 percent of registered teams turn in tuna, but this year that number was 51percent, an indication of how the fishing was.

“If you are a tuna fisherman in the northwest, after a while you learn each year is different, and you learn to adapt to conditions or sit on the sidelines,” said Del Stephens, chairman of the Oregon Tuna Classic. “The hearty folks fishing these events are a mixture of those very loyal to the cause and the rest competitive to the core. The last two years have seen tuna too far offshore to pursue or just not very many fish around.”

The evening of the captains meeting started out with a lot of emotion when the crowd inside the tent recognized a few moments of silence in honor of John McCain. Then, all were treated to a rousing rendition of the national anthem by Navy Petty Officer 1st. Class, retired, Generald Wilson.

The teams from the Ilwaco Tuna Club swept the Deep Canyon Challenge a few weeks earlier and had their full game faces on focused and were prepared for the task at hand this year. They did it again in Garibaldi, Oregon. with convincing fashion, taking the top two places, as well as five of the top ten spots, at the 2018 Oregon Tuna Classic.

This year’s Garibaldi Oregon Tuna Classic Champion Starboard Strong took the top honors, led by Steve Wilcox and skippered by Chad Weller, They came in with five fish weighing in at 134.75 pounds. It was an amazing feat considering the hurdles and personal turmoil this team endured. What this team put forth defines their character, faith, perseverance and desire.

Team Fortunate hit the podium in second place with 134.2 pounds. A mere 0.55 pounds under first place.

Tuna Time II, the only Garibaldi team hitting the podium, rounded out the top three places taking a third-place finish at 133.65 pounds.

The tournament and weigh-in were fun and full of laughs, prompting those in the crowd of over 500 people to reach into their wallets generously to help the food bank and those less fortunate. By the end of the evening, over $50,000 had been raised.

Saturday night, Team Fortunate was crowned the new series champions of the Oregon Tuna Classic and they pocketed over $12,000 in prize money. The crowd erupted in big applause, acknowledging the effort they put in to catch tuna for the hungry people of Tillamook County. Team Fortunate will represent the Oregon Tuna Classic next spring in the Offshore World Championships in Quepos, Costa Rica.