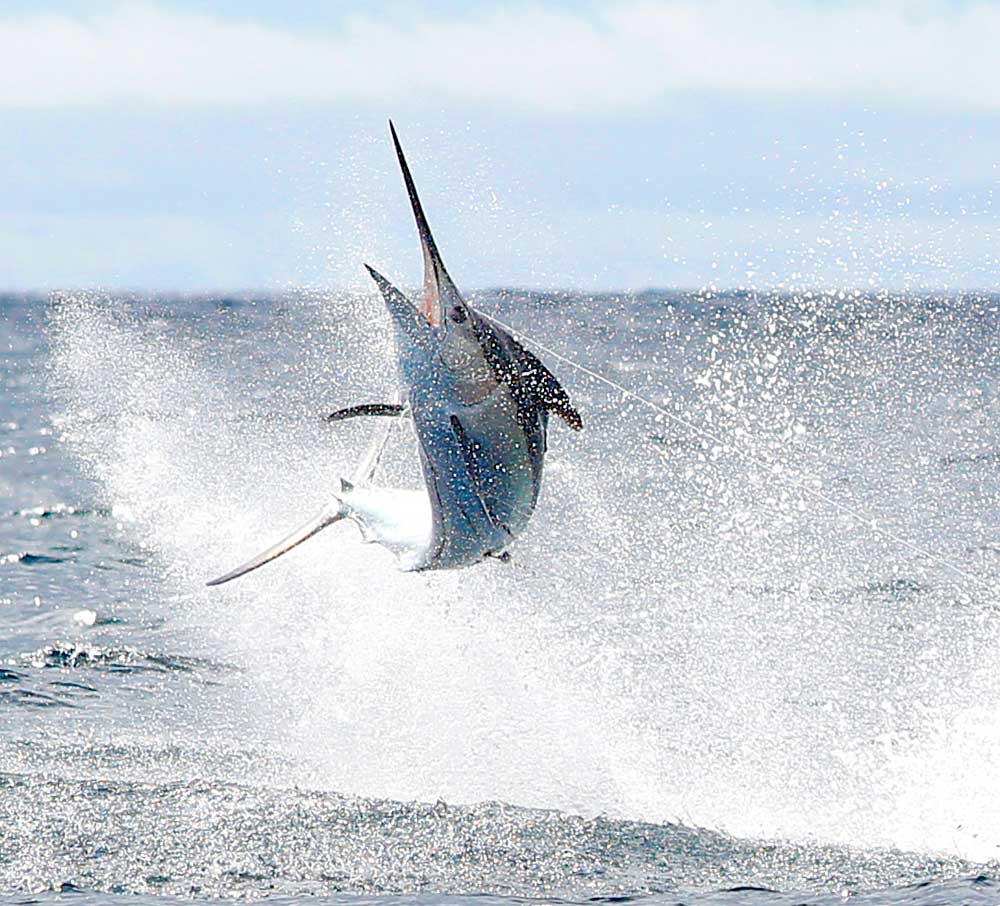 Everyone and the sea.

In my last fishing report I was excited with how the bite was taking shape and there is no doubt my excitement has only increased. I’m sitting in my office at Tropic Star Lodge on Monday morning listening to the shouts on the radio of Captains hooking up to Marlin. Yesterday was an incredible day yet again with our 5th Grand Slam for the season and it’s only the start of our fourth week. There have been two personal Grand Slams and three boat slams so far, thank you Neptune! (EDIT: We’ve had 2 more grand slams TODAY which will be detailed in the next report!)

Last week the bite was on fire at the start of the week with boats hooking up to Blue and Black Marlin, a few were the bigger females over 500 lb. As the week went on, the bite slowed down slightly offshore, and some of the boats headed inshore for Roosters, Cubera Snapper and Bluefin Trevally, which are fun on lighter tackle. Towards the end of the week the bite turned back on and we experienced our fair share of guests “walking the plank” for their first billfish catch.

Summer weather is officially here! We experienced an abrupt season change last week bringing constant sunshine, nearly cloudless skies, and a bit of chop on the water. This happens when the northerly winds start blowing indicating the season change and end to our rainy season. This means it is time to break out the sun block. With each change of season the currents and water temperatures are effected for a short time, it takes roughly 24 to 72 hours for the ocean to adjust and start to produce again. This is why we experienced a great bite at the start of the week, a bit of a lull mid-week, then action again later on.

Kevin Kramich returned with his longtime fishing buddy, Doug Johnson. Doug loves fishing, it was his first time at Tropic Star Lodge. He has not caug 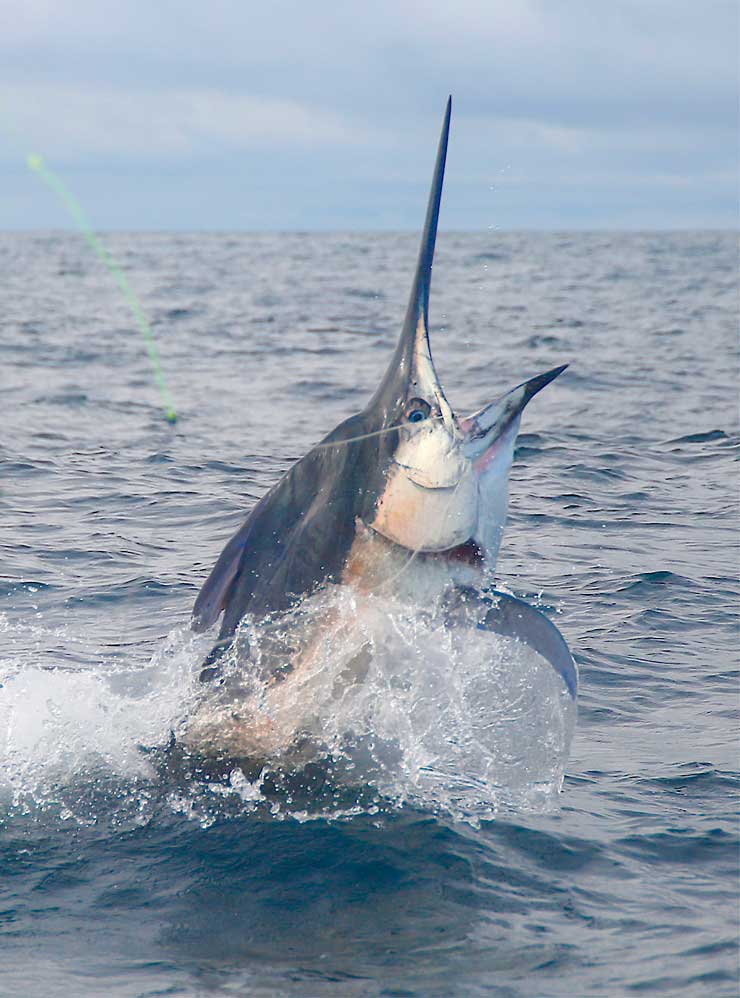 ht a billfish before. Kevin, who has been fishing with us many times, was eager to show him how it’s done. On day-two on the water, Doug released his first Marlin. Throughout the week Kevin and Doug went 8 for 11 on Marlin with Doug releasing his first Blue of 250 lb, his first Black of 300 lb and his first Roosterfish after the guys spent some time inshore after all that offshore action.

Lenton Yates and his wife, Tina, brought their son, Forrest, to Tropic Star to target billfish. The family kept their eye on the prize and on the very first day of fishing the day they arrived in the jungle Lenton released his first Black Marlin of 325 lb. This was after father and son, Lenton and Forrest, had the excitement of a double-up on Marlin, unfortunately, Forrest’s fish came off but both got to celebrate Dad’s Black as he was the first person to “walk the plank” off the end of the Tropic Star dock with our newly installed giant Black Marlin mount from King Sailfish Mounts. Forrest did go on to release his first Pacific Sailfish of 80 lb. We can’t wait to welcome Forrest back for his Marlin.

The Firlit boys; Brian, Neil and Chris visited us for a fishing trip with their dad, George. What a group of just great guys! It was a boys’ trip and family reunion with some time spent doing what they love–catching fish. The Firlit boys all are fishing enthusiasts and came to catch fish but also to learn from our crews. Even though they had a few slow days with Marlin they still released more than a couple with the addition of Sailfish and monster Dorado.

Neil Rossy and Mike Jacobson who have been long time friends wanted to see some Marlin action. The guys got off to a great start with Mike releasing a Black Marlin of 250 lb on day-one and jumping off one of the big ones. The bite slowed down a little for a day or two with their boat catching Dorado and releasing Sailfish. On the last day in the last hours, Neil released an incredible 550 lb Black Marlin. The trip really ended on a high and it was with big grins, high fives and drooling over photos that we said good bye to the gents.

Alexey and Natalia Rybalskiy came with their longtime friends Fredric Jr. and Lars Morris to get Alexey his first Marlin. Alexey and Fredric have been friends for many years and been on many adventures and this was another success. On day one, Alexey got to release his first ever marlin, it was a Blue of around 200 lb. Natalia also got to release her first billfish, a Sailfish of 115 lb.

Marcelo Claro, Marcus Kamoto, and Diogo Lafiandre joined us from Brazil for some inshore action. The gents can often get Blue Marlin in Brazil and so wanted to try some jigging, popping and everything in between. The trip started with Marcus releasing a Roosterfish in his first 6 casts with a walking bait right from the dock and it didn’t really slow down. The guys released impressive Cubera Snapper which they got on jigs along with many other species such as Crimson Snapper, rainbow runners, Bluefin Trevally and Almaco Jacks.

It was a great week at the lodge with many new faces and returning guests, all of whom we like to call family. This week’s group was very lively and everyone really enjoyed our newly remodeled pool area with ice cold drinks in hand accompanied by epic fishing stories from some fun days on the water. It was really great to see the camaraderie and I can’t wait to share some more stories with you next week.

Until then.
Tight lines and fair seas,