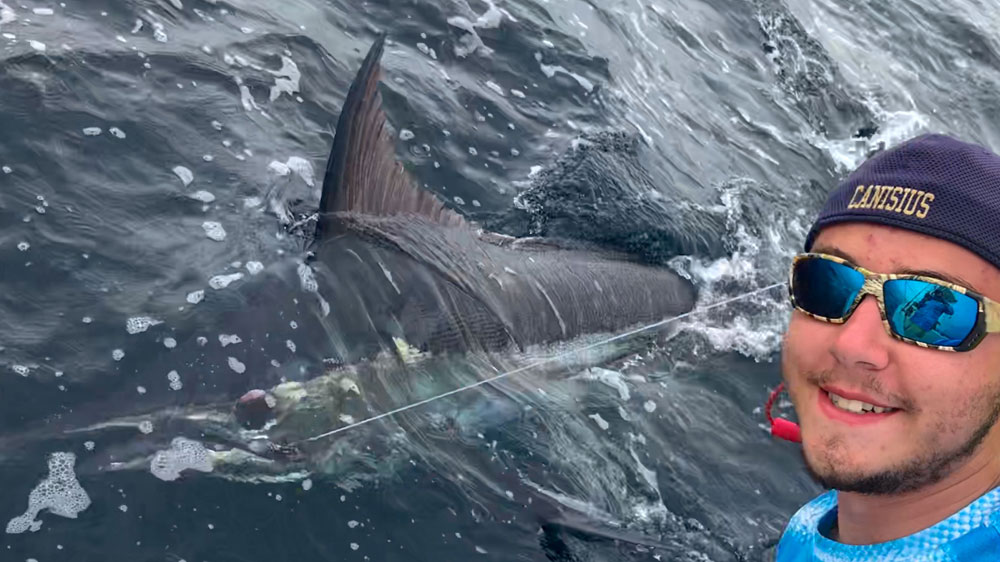 The Billfish bite has everyone excited and we’ve had a parade of lucky guests walking the traditional Tropic Star “first billfish” plank. The Marlin bite has been very consistent over the past two weeks with fish in the 350 lb range being the average. Anything over the 500 lb mark was considered a “good” fish. Sailfish have been amongst the Marlin and we have released a few more boat Grand Slams with boats releasing Black Marlin, Blue Marlin and Sailfish in a single day. The Tuna bite offshore has slowed down but the Dorado have been putting up some good numbers with big ones of 50 lb coming out of the water regularly. Inshore, the Roosterfish have been engulfing live baits, and for a few lucky anglers, they have been able to target them on surface baits. Our anglers have also had a lot of fun with Cubera Snapper and some larger AJ’s caught while jigging. We also experienced the first Wahoo bite of the season which was very exciting for our anglers and guests alike who enjoy such a delicious eating fish. 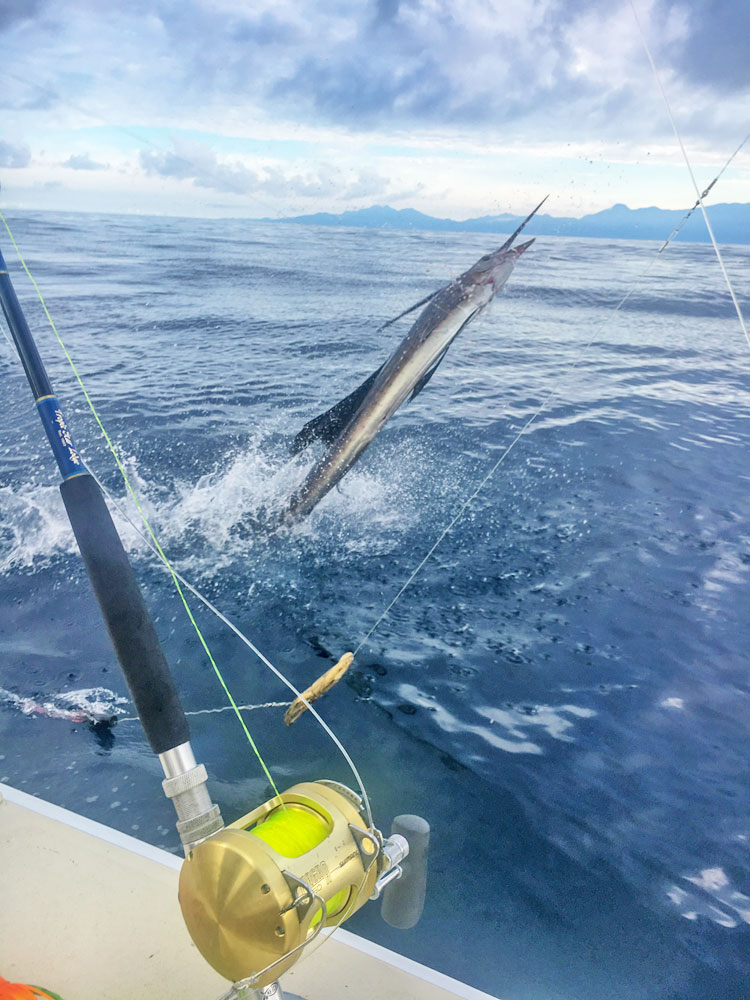 The sea conditions have been ideal with beautiful days offshore. We have been seeing productive current lines with loads of flotsam, birds, and bait all present. The rainfall and large tidal pattern that we experience is one of the reasons we get these current lines as well as the large ocean currents that we have just past the drop off. The rains have been fairly common in the afternoons around the Lodge and inshore, but we have been enjoying the respite from the hot days with a rain to cool things down.

Good friends, Robert Obetz and Kerri Krish, brought both their sons, Grady and Gavin, for a boys trip to the jungle. The team started their trip off right. On arrival day the guys went panga fishing and snorkelling around the dock. Throughout the four days, they also went hiking and swimming at White Beach. Both boys, just nine years old, released their first Blue Marlin and did the plank walk off the dock with Capt. Libardo and Capt. Azael doing the honours of pushing them in. The boys also caught monster Dorado, big Yellowfin Tuna and released their fair share of Sailfish. All in all, it was one amazing summer vacation for the dads and their sons. One that all of them will never forget.

Brian and Debbie Houser returned, along with their sons Clark and Hayden. The family is great friends of the Lodge and always have an amazing time when they are fishing together with us in Panama Paradise. Last time they were at the Lodge they had some incredible Marlin fishing with Capt. Gavilan and mate, Wilmington. This year, they were back with their dream team and again had some excellent fishing. Hayden has dreamed of his big tuna but his brother, Clark, beat him to the rod and landed a Yellowfin of over 100 lb. Hayden is determined to return for that Yellowfin! The family also released multiple Sailfish and put a few of those monster Dorado on the deck. Inshore the family was also very productive, with multiple Roosterfish released along with a variety of Snappers and Jacks.

Flint Besecker returns home to Tropic Star Lodge twice a year. His summer trip is always a very special one as he brings his son, Noah. Each year Noah comes with a few personal goals. Every visit Noah has done a pretty good job of achieving what he’s set out to accomplish. This has included releasing Black Marlin, Blue Marlin, Sailfish, Roosters and Cubera Snapper. This year Noah’s goals were to catch a Tuna on popper and to release a Marlin bigger than dad. And I’m very excited to report that he achieved all those goals and more. Noah caught his Tuna on popper more than just a few times during his stay spending hours on the bow casting at the large schools that have been coming through while Flint was in charge of the deck along with mate, Manuel. Flint and Noah also took on plenty of Marlin, Dorado and Sailfish. Noah released a Marlin bigger than Dad’s, he released two Blues at 450 lb. One he released on stand up! It’s suffice to say that the father -on duo had an amazing two-week long trip.

The fishing has been going from strength to strength this season and it has been so much fun being part of our families’ memories that they create while catching their dream fish with their friends and loved ones. The atmosphere has been incredible at the Lodge with the next generation of anglers telling their stories with infectious excitement.