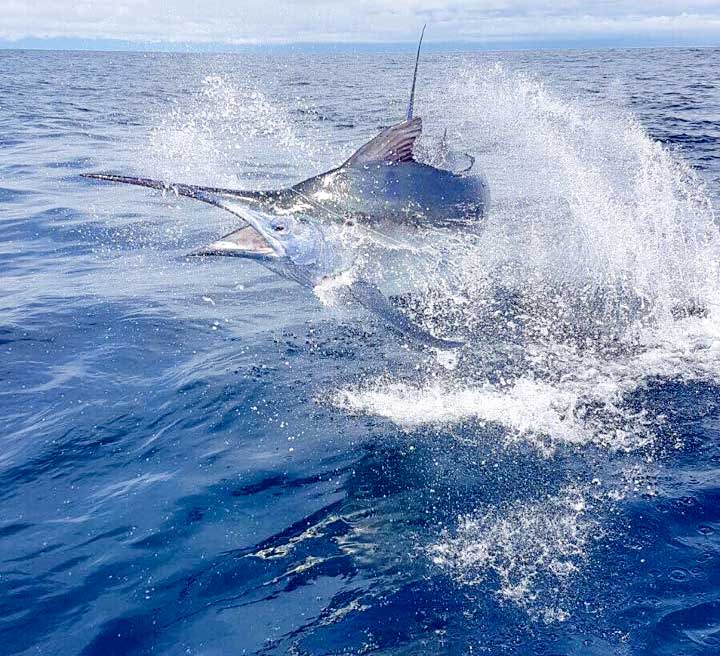 We’re back and it’s with a bang! The season just kicked off at Tropic Star Lodge in a spectacular fashion with a great turnout for our season opening tournament. Everyone was excited about the fishing and the new tweaks seen around the lodge. Private boats and lodge boats alike were out on the water chasing billfish for the chance to qualify for the Offshore World Championships.

It is the tail end of the rainy season thus we have been experiencing a daily downpour for most of our opening week, but then the sun came out and it has been blissful, with only a few short-lived afternoon showers. Offshore the seas have been stunning, except for one or two days that had some swell push through during our opening tournament. After the OWC tournament we had a few guests arrive for a quick 2-day fishing session before our friends from Italian International Game Fish Association arrived at the lodge enjoyed their own tournament.

The bite offshore has been consistently improving and in the first ten days of Tropic Star being open we released 4 Grand Slams within our own fleet. We were very pleased to see the Private visiting boats doing phenomenally well offshore with Blues, Blacks and Sails. Tuna and Dorado have been present in abundant numbers and good sizes. It has been a common sight to see multiple marlin and sailfish flags flying from boats’ outriggers each day with a vast amount of fish being raised. On one particular day the boys visiting Piñas and fishing on their beautiful Viking, (Goose), raised 18 blues and released 9. 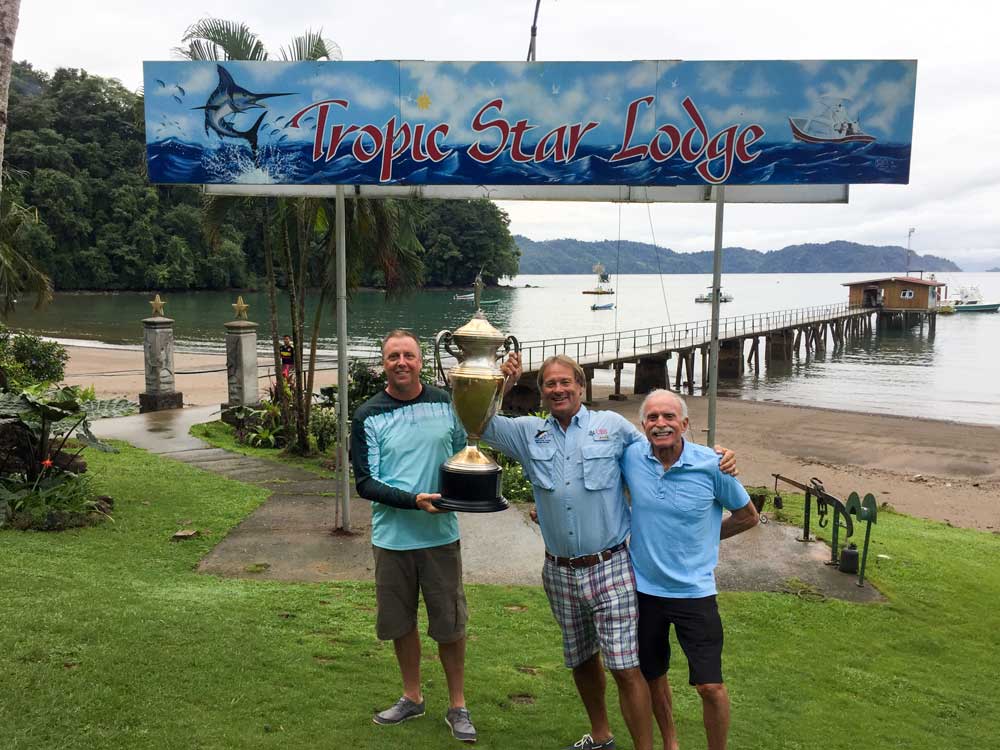 During our annual billfish tournament anglers caught and released 25 marlin and 23 sails. The tournament benefits the Guy Harvey Ocean Foundation and Dr. Guy Harvey joined 72 other anglers and 24 boats over 3 days. The winning teams at the end stood as follows.

Tropic Star Lodge is proud to have two of our own boats in the top three spots, with Miss America claiming the top spot and Pollyanna settling in third place.

After the billfish tournament wrapped up; our guests had some incredible fishing. We had 18 people join us and the Marlin bite was explosive.

Earl and Louise Mimms came down with their daughter Julia and Christopher Shumate. The family went out fishing on their arrival day and returned back to the dock just 2 hours later as they had achieved their goal for the day and released a Black Marlin. It was Christopher’s first saltwater fish, and I think we have him hooked. The next day Julia and Chris returned with even more flags flying. They released three Blue Marlin, a Black Marlin and a Sail with Julia on the rod for a Grand Slam! Team Mimms experienced absolutely incredible fishing and Earl was really thrilled as he had been fishing with us ten years ago and was over the moon with his daughters’ extraordinary Grand Slam, the second of the season.

The Blade family joined us for a good old-fashioned friends and family trip. The group was always full of fun and excitement and it was really special to see Megan meet one of the people she looks up to when she got to meet Dr Guy Harvey. The Group had a lot of first Marlin to the delight of the fathers and husbands. Megan and Matthew Blade all released their first Blue Marlin, in the group Jarret Liles released his first Blue Marlin and Sailfish, as did Beth Hilton. The big fish of the group was awarded to Matt with his 400lb Black Marlin.

Edgar McArthur, originally from the Canal Zone in Panama City, joined us for some big game fishing. Ed is an avid angler and wanted to try out some offshore fishing for the first time. Ed did great on his first day, he headed out after a nice leisurely breakfast and returned to the dock a good while before the rest of the fleet, with his Marlin flag flying high after releasing his first Blue Marlin. The next day he released another Blue Marlin, a few Sailfish and brought some Dorado back with him. It is with a happy heart that the Tropic Star family welcomes Ed to the offshore angling fraternity and we can’t wait to see him back.

Our wonderful friends and family from Peru also joined us for their annual fishing trip. We believe it is safe to say that we here at Tropic Star Lodge are just as excited to have them back again next year, as they booked to return. The Peruvians had their own little tournament going and the winners this year was team Pollyanna with Juan Carlos Cuglievan and Alanso Rey Bustamante who racked up 11 marlin releases during their stay.

Our Italian friends held an IGFA tournament over 5 days of fishing. There was a total of five boats fishing the tournament and the fishing was awesome! The guys managed to hook up to 77 Marlin and Sails releasing 42, this included 3 Black Marlin, 23 Blue Marlin and 16 Sailfish. Congratulations to:

The week concluded in true Tropic Star style, as our tournament anglers, private boats, new and seasoned guests, all mingled and enjoyed a mouthwatering feast and the swopping of tall tales over tall drinks.

It was an honor and a pleasure to be part of the camaraderie, fun and laughter. We are eager to see what the rest of the season will hold, as this is only the beginning!