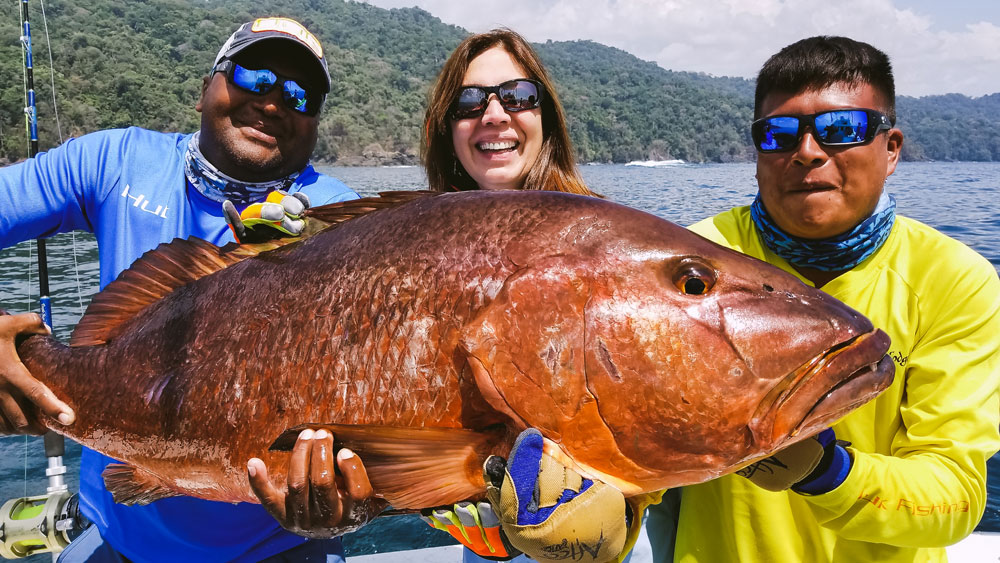 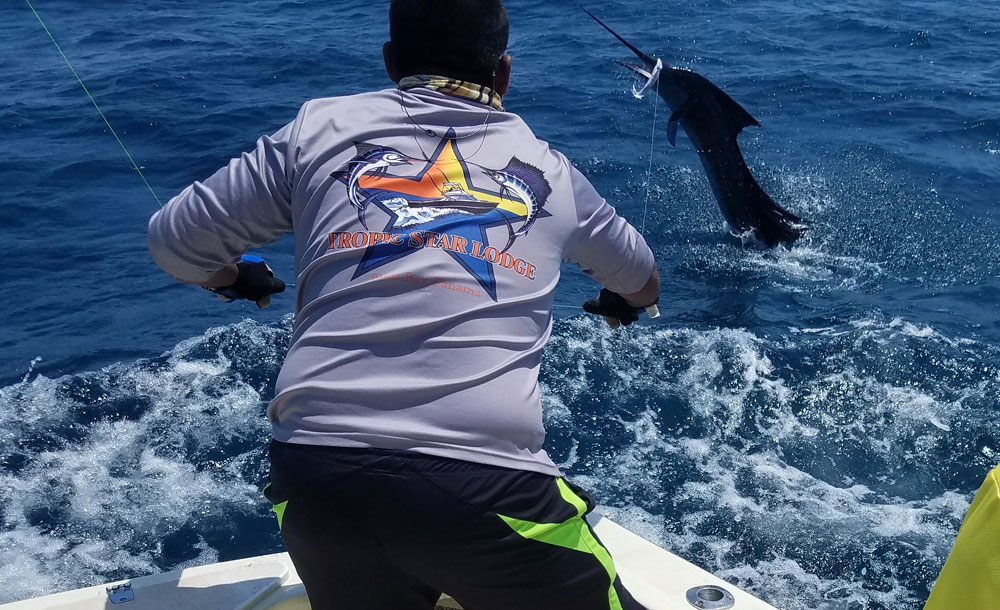 The Black Marlin bite kicked off the week in style with great numbers of fish raised, a few missed and many putting on the show that only Her Majesty can. As the week went on the Black Marlin bite slowed and our anglers witnessed many of the fish tailing on the surface only looking at the bait. The Yellowfin Tuna came through in droves and the frenzies were a sight to see as guests had loads of fun casting their poppers. The Sailfish and Dorado are still around with some giant bulls arriving at the dock each afternoon. Inshore turned on this week with high numbers of Roosterfish released along with the prehistoric-looking Cubera Snappers. Guests had a great time with the different species inshore especially the delicious African Pompano and various Grouper species. Some luckier guests released Tarpon and Bluefin Trevally.

As the water temperatures continue to fluctuate and change so do the fish. The offshore species are more lethargic, except for the Yellowfin Tuna. They became increasingly active feeding with untamed veracity not far from the Lodge. The temperatures jumped from the mid-seventies to the mid-eighties throughout the week, and when the good water was found there were Blacks and Sails tailing and feeding on the surface. Inshore, we saw large shoals of Sardines and Goggle Eyes and Snapper, Jacks, Roosterfish and Tarpon dispersed in different pockets of cooler water along the rocks.

James and Donna Piraino visited us from the snow to join us in the tropical sunshine to target their bucket list fish. Team Piraino are some of the nicest and fishiest people I have ever had the pleasure of meeting and we had a great time. From arrival it was always a sure thing to find the couple without a rod in hand. On this trip, Donna released her first Marlin, a beauty of a Black of 250 lb, that put on a spectacular show for her. Donna, on the same day, went on to release her second Marlin and James a Sailfish. They were not even close to done yet; the couple loves to cast poppers at every opportunity. They caught a ton of species while here ranging from Tarpon, Yellowfin Tuna, and Roosterfish just to name a few.

Jon Devereaux and Steven Poole are great friends and love fishing. Jon is an avid Marlin angler and even brought a few of his favorite Marlin lures along with him. The gentlemen raised multiple Black Marlin while trolling the Piñas waters. Jon achieved his goal and released a Black Marlin of 280 lb for his first! The gents also released the always aggressive Roosterfish and had some exciting Snapper fishing. During their periods offshore, they brought back more than a few Dorado and a big Yellowfin Tuna weighing just shy of 200 lb.

Bob Shirey and Jaime Van Zadelhoff booked their trip just a few weeks earlier at the SCI show in Vegas and it was great to have them down with us. The couple had incredible fishing for the week releasing multiple Black Marlin. Both released their first Black of 300 lb and Jamie also added her first Pacific Sailfish of over 100 lb to the mix. Inshore their luck held out, and they experienced non-stop Roosterfish and Cubera Snapper action.

During the course of the week water temperatures and colors changed daily and fishing was tricky but even so guests were trading photos and fishing tales by the end of the week. The stories that were retold had people laughing and amazed after an unforgettable time in the jungle paradise that we all get to call home. The seasons are changing and we can’t wait to see what the seas will bless us over the next few days. 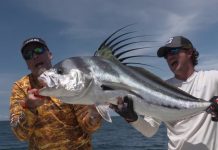 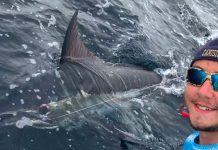