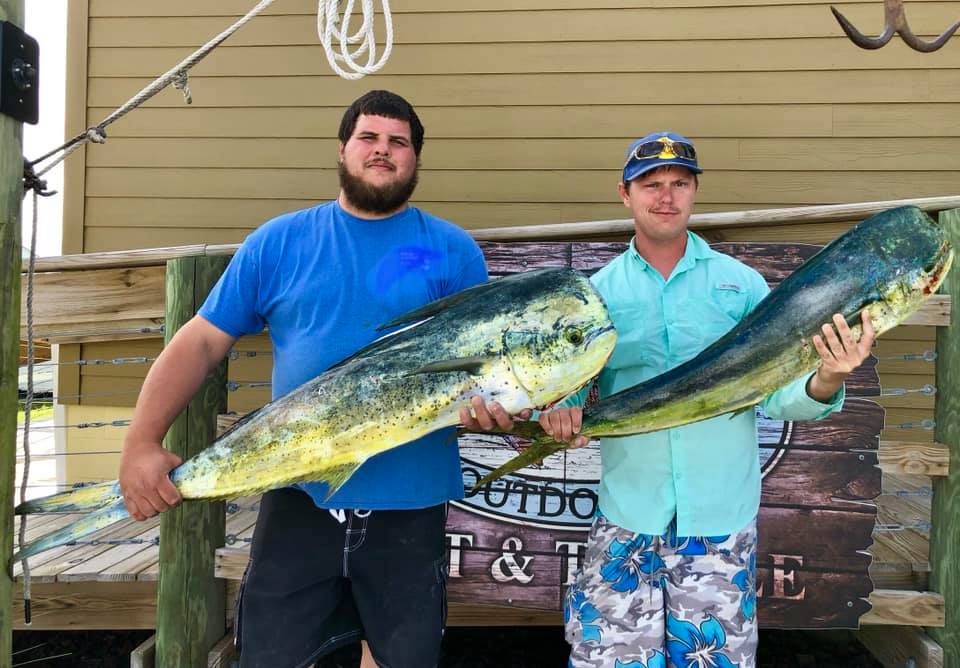 Spanish Mackerel and Bluefish bite has been crazy this week, they’ve been just about jumping in the boat on some of our trips we’ve ran this week. Most have been in the inlet area on high tide, easy to spot since they’ve been jumping all over the place. We’ve caught them just dropping jigs over the side not even making a cast they are so thick. The ones around the inlet areas have been nice keeper size, we have made it to the reefs a couple of days and the larger ones are still there also. Last weekend, not sure how many we weighed but it was a lot over the 5lb mark caught from the reefs just off the beach. Casting Spanish Candies have been working great for us this week, colors not that big of a deal they have been eating them all. On the larger fish at the reefs we’ve been keeping it simple by using Cigar Minnows rigged on Dead Bait Rigs and Mac a Hoos. If you want to troll you can catch all you want trolling Clarkspoons, Bowed Up Lures on #1 and #2 Planers. Up along the beaches have been the best area, seems closer the better as the fish have been hanging close to the beach.

Sheepshead fishing’s been pretty good this week, finally starting to see customers stop by with some numbers. I did see a nice catch of 20 or so yesterday and a few nice catches last weekend. Anglers are having the best luck fishing the High-Rise Bridges in the area, one thing to keep in mind when fishing for these fish is: they aren’t going to be on every piling. So, if you’re not getting bites or catching keep moving around till you find the fish. Live Fiddler Crabs and Live Sea Urchins both have been working about 50/50. But from what we’re seeing the Crabs have been out fishing the Urchins right now. Also, while fishing for Sheepshead we’ve been seeing some nice Black Drum in the same areas, most of them have been hanging more on the bottom where the Sheepshead can be caught from bottom to top.

Still seeing the Kings at the Reefs, last weekend we weighed one over 30lbs that was caught on off the beach. So, hopefully the larger ones are going to start to move in. We have plenty of the 10lb to 15lb fish now. But if you’re going to eat them; the smaller fish are the best. Again, like the Spanish, we have been keeping it simple with just Dead Bait Rigs and Mac a Hoos rigged up with Cigar Minnows and Small Ballyhoo, we have had no problem catching them. As we get into summer, the King fishing will only get better and better with larger fish, then on toward the fall is when we’ll see the best action of the year.

Speckled Trout still good, keep wondering if the bite’s going to slow but again this week, we had a customer stop by with a 6lb trout. We’ve been seeing the larger fish being caught on Top Waters and Live Shrimp. Most of the action has been up around the grass flats and dock areas along the waterway. But crazy enough the other day, a customer stopped by with some nice trout he caught the at the Shack ford Rock Jetty on some of our Live Mud Minnows. Along with the trout, you also are going to run across some Redfish in the mix in the same areas. Also, we still are seeing some nice Red Drum being caught around the Beaufort High Rise Bridge using Live Shrimp and Cut Bait.

Shark fishing is in full swing, if the Shrimp boats are out working then it’s all you want to catch. Just cast and hold on type of fishing and doesn’t really matter what you toss out there. Yesterday, we ran a Shark trip and the boats weren’t working so we fished Cape Lookout area, and it was all you wanted to catch with the Spinner Sharks and Black Tips. If you’ve never caught a Spinner it’s worth the time to try at least once. These sharks jump like crazy and are very hard to land because they will tear up gear very quickly. So, if you’re into Shark fishing nows the time, we have plenty of Shark rigs in the shop along with Spanish Mackerel and Bonito for bait ready to battle.

The Spanish and Blue Fish bite’s just about as good as it gets along the Surf Zone right now, anglers have been catching limits in no time at all fishing at the right times. The best bite has been at the high tides, the fish are coming in with the tides right along the beach; at times being so close they’ll beach themselves. We’re seeing the best luck with the Spanish Candies in the 1/2oz to 3/4oz size, colors really haven’t seemed to matter just more about the size of the lure. Also, Sea Striker Jig Fish in the same sizes have been working well for us. We even weighed one that was over 5lbs a customer caught the other day from the Surf Zone.

There’s been a few Red Drum caught along the beach too, I’ve had a few customers come back with some nice slot fish and pictures with some over slot fish they’ve caught. Most Surf anglers are having the best luck on the fresh frozen chunk mullet we have in the shop; it’s been working great for the Drum. Also, a few been caught on Live Minnows and Live Shrimp from the shop. Good thing about using the live bait it opens the door to catching some Flounder along the beach also.

If you are looking for bottom fish it’s been a mixed bag of SeaMullets, Hog Fish, Croakers, Sharks, and Rays. Not a lot of any, just getting into that summertime pattern when who knows what you might catch. Fishing with Bait Shrimp, Bloodworms, Squid and Mullet on the bottom, maybe some Live Mud Minnows will get you some action to don’t rule live bait out.

Last week, we saw some awesome Blue Marlin fishing this area has ever seen, last day of the Big Rock Tournament a 900lber was brought to the scales. The fish was so large it wouldn’t even fit in the boat, the crew had to tie it off the back in order to bring it to the scales. So, the largest fish record was broken plus I believe most fish record was broken. Just everything lined up last week to make the 61st Big Rock one to go down in the history books. I really don’t think we’ll ever see a finish like what we saw last weekend again.

Now, the tournament is over we’re back to Dolphin fishing and it’s been pretty good this week so far. We have actually seen some Wahoo and Tunas come back to the docks over the last few days. Most of the action has been from the 14 Buoy out to the Big Rock area. I’ve been getting a lot of calls about how close the Dolphin have moved in. Some have been in close as 20 miles or so but numbers are still hanging on offshore of that. The lure of choice over the last few weeks has been the Monkalur; don’t know how many Dolphin these have caught over the last few weeks. It’s just crazy how good this lure works, I think it’s got a lot to do with not having to worry about the grass as much. We got another shipment on the way as we speak for the pretty weather weekend that’s coming up. Next, the ole Sea/Witch Ballyhoo combo has been producing the rest, also just hard to beat this time of the year. We have plenty of both in-stock ready to go as the weekend’s weather is looking nice once again to get back Offshore.

As far as bottom fishing – everything still about the same, our charter fleet has been doing well on the Grouper over on the East Side of the Cape. There’s plenty of Amber Jacks starting to get on all of our Reefs, plenty of Snappers and Bass on the bottom too. The Trigger Fish bite has been good but it seems to be more on off in that 35-40-mile range. But we’ve seen some in close also; just not any really huge numbers hanging close in. 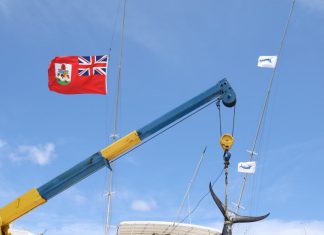