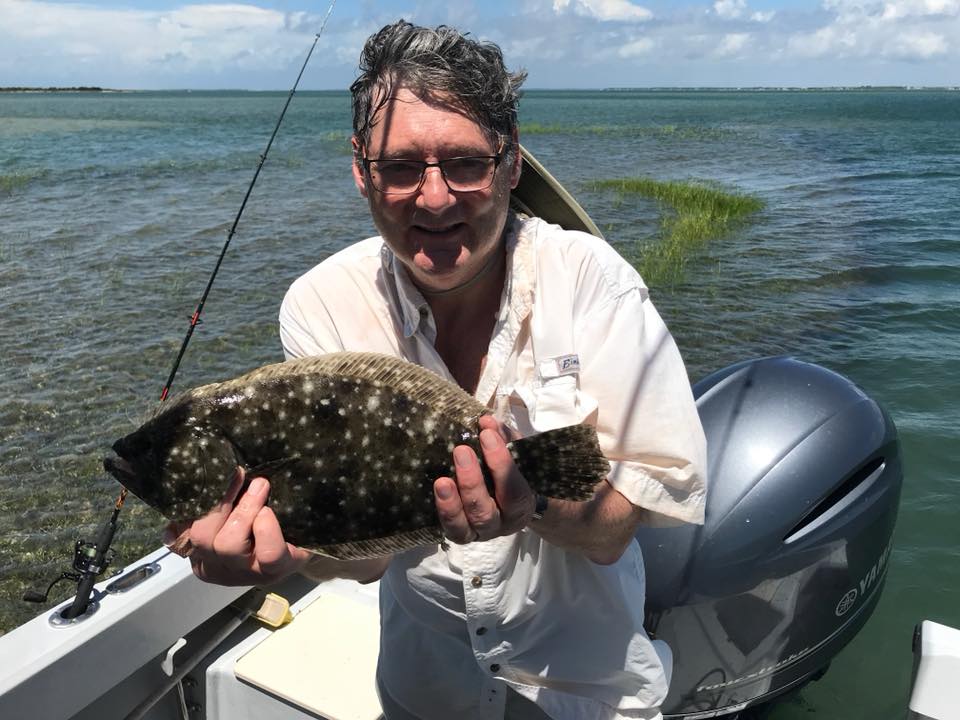 Again, this week we have been dealing with rainy conditions, unbelievable how much rain we’ve seen over the last two weeks all along the coastline, it’s become pretty much an everyday thing. As I write this report and look outside it’s pouring down again and along with the storms we’ve been having wind so that’s kept most boats inside the inlet fishing again this week. But when it’s not raining anglers have been catching some fish. So again, like last week’s report it’s going to be short and sweet.

The most positive thing we have seen this week has been some good Wahoo reports coming back to the dock with the few boats that’s got out this week to the Bluewater.  Most of the action has been coming from the Big Rock, this is just the start of the Wahoo season and it will only get better and better as we move toward September when we see the peak of the Wahoo fishing in our area. Along with the Wahoo catches, still a few Dolphin in the mix, but this week it’s been more Hoo’s. 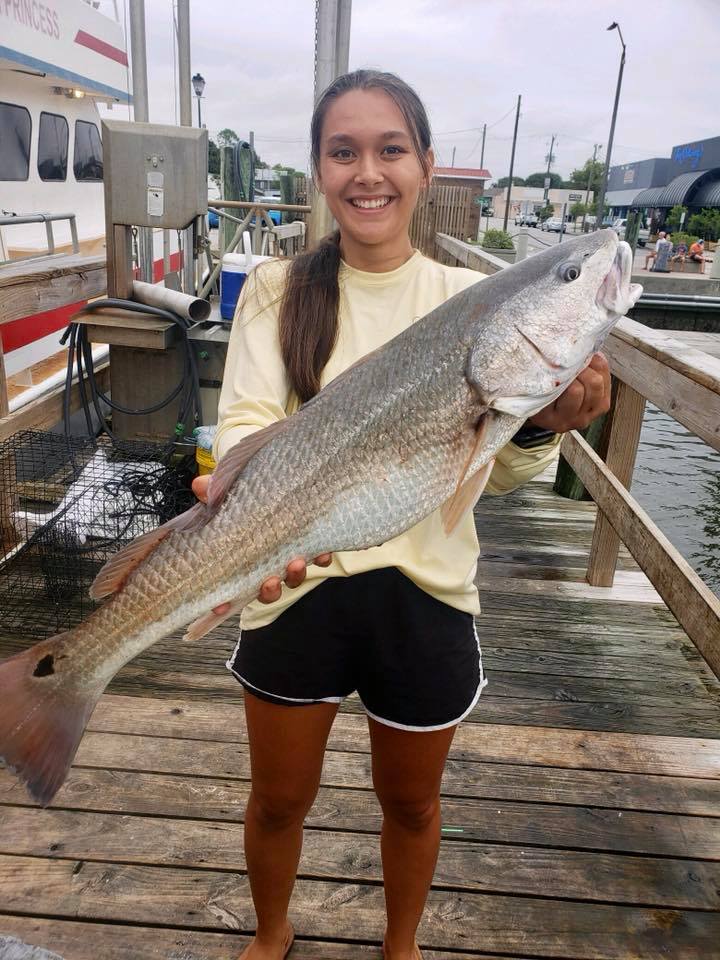 Last Saturday, we had the first King Mackerel Tournament of the season in our area. Even though it wasn’t the best of conditions anglers still saw some action. Even with the bad weather it took close to a 50lb fish to take the win. We just weighed a nice 30lb King Mackerel this morning that was caught by an angler Spanish fishing around the bar, so the Kings still seem to be in the area. We just haven’t had a consistent weather pattern to get back to the fish. As far as the Spanish bite it’s still been slow this week with all the fresh water coming out of the inlet area and boats not being able to get out to fish for them. Anglers have been catching some nice Bluefish and Spanish up around the Cape Lookout area, the water has been cleaner and the fish seen to be liking that a lot better. Yesterday, we saw a good bite around the shoals when the sun was out and the fish were feeding. Casting Spanish Candies was getting the best action on the feeding fish. With the forecast calling for lighter winds this coming weekend hopefully; boats can get along the beaches and reefs where the fish were holding before all the rain.

Most of what we’ve been seeing; angler’s fishing for Flounder and Sheepshead, the bite has been pretty good around the Port area and both high-rise bridges. Tim, (Trout Man) fished Monday and had 5 keeper Flounder, he was using Live Mullet Minnows from the shop. I’ve not heard anything from the nearshore reefs it’s just been too rough to get there and fish.

Also, we’ve been seeing some nice Sheepshead this week, we have weighed in a few over that 7lb mark. Live Sea Urchins and Fiddler Crabs have been working the best and a few has been caught on the Coco Crab. We have plenty of bait for Sheepshead in-stock, one thing for sure when the wind blows you can always find a place to Sheepshead fish.

Some of the Charter Fleet has been seeing some good Red Drum action from the Marsh to the Creeks. The Haystacks, Middle Marsh and North River have all had decent reports. They have been using a combination of both Live Bait and Artificial Baits. Using either Live Minnows or Live Shrimp under a Popping Cork will work well; also, using Berkley Gulp under a cork will produce action to.

The Old Drum are showing up, heard of few good bites this week, in the next up-coming weeks the bite is only going to get better and better as we move more into August with the next full moon, let’s just hope the fresh water doesn’t mess up the season, so far it seems not to bother them too much.

I wish I had more to report but bottom line the weather is killing us, by keeping anglers off the water and us having to cancel charters. By what I’m seeing looks like this weekend the winds are going to be around 5-10mph with the chances of storms being down also. Let’s hope we’ll see some good weather so people can get back out on the water and enjoy the summer before it’s gone.