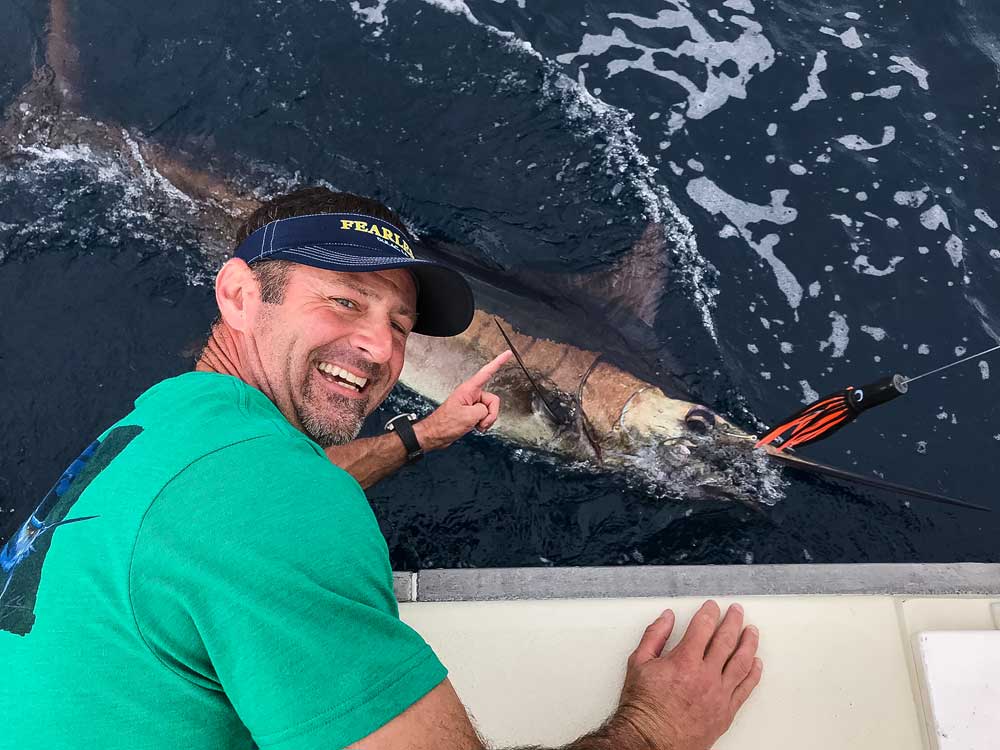 While the year is drawing to a close, it is only the beginning of our new fishing season and it has been an incredible one so far. We produced even more Grand Slams since the last report and came very close to a few more. The Marlin bite offshore has been on fire with amazing numbers of fish being raised and released. It did slow down a little towards Christmas. That is when in the extra-large-Tropic-Star-Lodge size Dorado came through in droves. In amongst the Spinner Dolphin, a few lucky guests hooked up to some arm stretching Tuna. The largest of the week was landed at 190 lb. Numerous larger Yellowfin, unfortunately, were lost on the leader right next to the boat.

The dry season has started in Panama with beautiful blue skies daily and the temperature soaring. We are making sure anglers are lathered up with sunblock, while having their Costas shield their eyes from the glare. The high temperatures has also presented the ideal opportunity for our guests to enjoy the new pool area at the lodge. The seas have had some chop on them during the last 10 days, but have been beautiful and calm in general. The water has been incredibly blue with a nice current most of the week, but after some unexpected heavy showers and a change in wind direction we did experience a bit of murky water for a few days.

Greg Yaffa and company joined us for an unforgettable boys’ trip. The guys had a good time in Panama City but the real fun was had at Tropic Star Lodge. Each of the six newbies in the group caught at least one Marlin, with most catching two to three a piece! They guys also released a few big Sails, boated a giant Tuna of 190 lb and lost a bigger one right at the boat. Their fleet caught a gazillion Dorado with one tipping the scales at over 50 lb. The majority of the group walked the Tropic Star First Billfish plank.

When Scotty Hanratty arrived at Tropic Star he had an astounding ratio of zero Marlin releases from 11 hooked. After day-one Scotty came back to tell the story of his fight with a Marlin where it spat the bait 15 feet from his face; making it 0 releases from 12 shots. The next day was to be his lucky one, however, he maintained is zero percent release ration loosing yet another Marlin. The next day the boat hooked up into a double-up of Blues, Scotty fought his and lost it… all his friends were having their doubts by now. The captain called for another bait while fighting the other Marlin and while chasing it going astern he had the new bait thrown out. Another Blue came up and engulfed the Bonito near the bow of the boat while the boat was still going astern. The captain hooked the fish and made sure Scotty got the rod. It took Scotty some time to get the Marlin to the boat for the release, but he got it with the boat released two out of the three from a triple header. Scotty finally got the Marlin that Neptune had in mind for him and it was one that no one on the boat will ever forget!

Margot Vincent, who has been fishing with us for many years and has multiple world records, joined us with her grandson Kyle, who also has multiple world records. Kyle released a personal Grand Slam on one of their days out, releasing a Black Marlin, a Blue Marlin and a Sailfish. During the week Margot and Kyle had some great fishing which we were fortunate to share with them. We love having Margot down here with us as she is an inspiration to female and younger anglers alike, we are already looking forward to having Margot and her son returning for our annual Roosterfish tournament in May.

Eric and Hannah Guider visited us from Michigan for a father-daughter vacation to celebrate Hannah’s college graduation and her acceptance into medical school. They came to have fun before the hard work starts. Hannah and Eric were here last year when Hanna beat all the guys, releasing a beautiful Black Marlin and a monster of a Roosterfish of over 75 lb. This time they were here to get Hannah her Blue Marlin and that’s exactly what she got, a Blue Marlin of 250 lb!

Keith and Shirley Higgins, along with Chase Merriman and Charles Harrison graced us with their presence, and we are glad they did! Their trip included loads of catches but the highlight was their boat slam! Their slam included Chase Merriman’s first Black Marlin of 400 lb, Shirley’s first Pacific Sailfish of 80 lb, and a Pacific Blue Marlin of 300 lb. 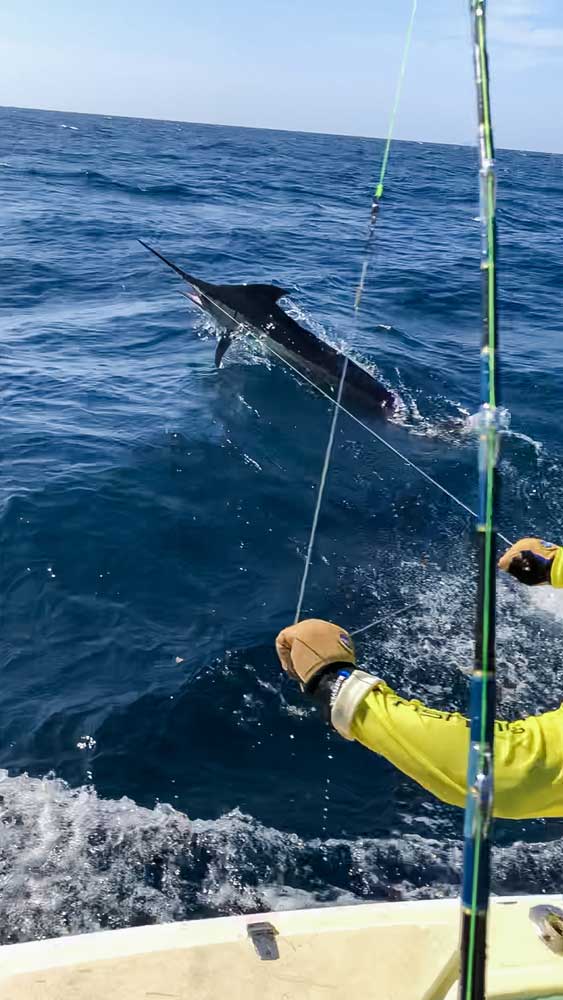 Ralph Dick travelled down from Canada with only one mission, to catch a Marlin. And catch a Marlin he did! Ralph accomplished a goal that he had been after for many years. By 11am on his first day on the water Ralph released a Grand Slam by releasing a 100 lb Pacific Sailfish, and his first 300 lb Blue Marlin and first 350 lb Black Marlin! Over the course of the week Ralph released more Marlin than most anglers get to do in a lifetime and achieved a goal that few anglers complete.

Robert McEniry brought his son, Michael, to the jungle after wanting to visit Tropic Star Lodge for over 40 years. The father-son duo released a pair of their first Blue Marlin on their first half day out. Robert released 450 lb and Michael released his at 375 lb. Later in the week Michael also went on to release his first Black Marlin of 300 lb. We had a great time with these gents and can’t wait to see them back for Robert to get his Black.
The season has gotten off to a flying start and we got to have an amazing Christmas with our Tropic Star family at this special little piece of paradise in the middle of the jungle. It was sad saying goodbye to everyone, but we know we will be seeing them all again to be welcomed back home. I hope you enjoy the photos and a surprise teaser video with more to come. From the entire team here at Tropic Star Lodge Happy New Years and we can’t wait to see what Neptune has in store for us in 2018.