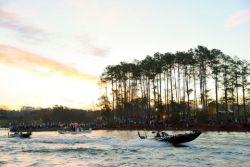 ANDERSON, S.C. —The Bassmaster Team Championship is obviously one of the most important tournaments on the schedule each year because a pair of anglers will be crowned the top team after a year’s worth of team trail events from around the world.

But what truly makes the Team Championship such a hotly contested derby is that one angler is going to grab the last spot in the 2020 Academy Sports + Outdoors Bassmaster Classic presented by Huk.

The race for the 53rd and final spot in the 2020 Bassmaster Classic begins Dec. 11 on Lake Hartwell in the northwest corner of South Carolina, and bass fishing fans can expect the finest team trail anglers in the country to be gunning for glory during full days on one of America’s foremost fisheries.

The team portion of the event will be held Dec. 11-12 and will feature anglers from 30 states and several foreign countries. The winning duo will win a $20,000 Nitro/Mercury cash prize and handsome trophies to commemorate the accomplishment, but they’ll also lead the charge into the Classic Fish-Off which will take place Dec. 13-14.

The top three teams through Day 2 — six anglers in all — will have their weights zeroed and then compete individually in the Fish-Off. The competitor with the heaviest two-day total of the group will nab the final coveted berth in the historic 50th Bassmaster Classic, which will be held March 6-8, 2020 on Lake Guntersville in Alabama. Weigh-ins will take place daily at the Birmingham Jefferson Convention Complex in downtown Birmingham.

B.A.S.S. Nation Director Jon Stewart said any tournament that has a spot in the Classic on the line is a big event. But the chance to fish in the 50th installment of what has is known as the “Super Bowl of Bass Fishing” brings added luster.

“That whole Classic week next March is going to be a celebration of our sport and all of its history,” Stewart said. “It’s going to be amazing. For anyone to be a part of that is going to be really, really special. I’m sure it’s going to be on the minds of many of the anglers competing on Lake Hartwell in the Bassmaster Team Championship. The Classic is what everyone shoots for, and they’ll have a chance to get there if they do well.”

The tandems set to battle on Hartwell have been tested through a series of qualifying tournaments on their respective team trails from around the globe. Stewart said there were between 10,000 and 11,000 anglers vying for a spot in the Team Championship, which is a record number for B.A.S.S.

“The way these anglers are qualifying through the trails, it’s impressive,” Stewart said. “The grass roots of our sport is excelling. It’s as strong as ever before.”

Daily take-offs and weigh-ins during the Bassmaster Team Championship will be held at Green Pond Landing in Anderson, S.C.

The event is sponsored by Visit Anderson. 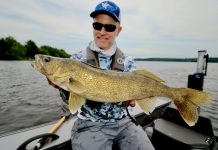 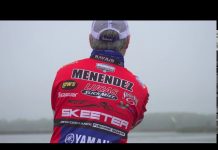 Mark Menendez on Burning a Spinnerbait in the Fall 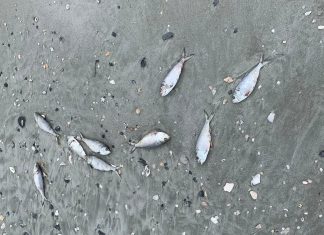