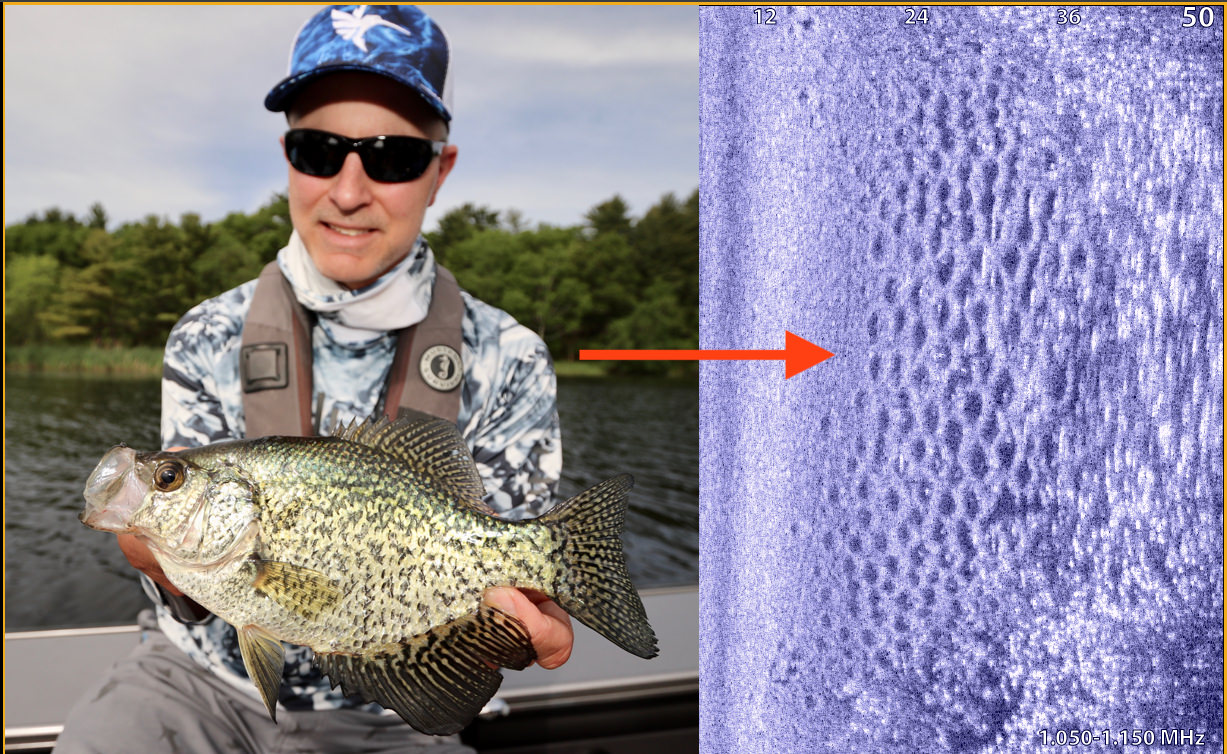 One of the annual rituals enjoyed by anglers across the country is the movement of panfish, especially bluegills and crappies, into the shallows to form spawning colonies. These areas can concentrate hundreds of aggressive, protective fish into a very small area, making for some fantastic fishing action. Over the years, I’ve developed a three-step approach to chasing bedding panfish, which will help you to locate these colonies, learn more about them and their inhabitants, and target the fish holding there.

In many ways, finding panfish spawning colonies may not be more difficult than cruising the shorelines of your favorite lake, as many fish will bed up in water that is two to four feet deep with a firm, sandy bottom. Hard bottom is preferred over silty substrate, as nests built in the mud and muck tend to fill in quickly from wave action. However, you’re sure to face one significant challenge when looking for bedding panfish along the shorelines: that’s exactly where everyone else is! Boaters, waders, dock-bound anglers – everyone looking for a quick meal of bluegills or crappies is beating the shoreline to death. Colonies that pop up over the course of a couple of days get picked clean quickly, with any remaining fish so heavily pressured that they simply don’t bite. There has to be a better way – and indeed, there is.

I turn my attention offshore to locate unpressured panfish spawning colonies: not out to the middle of the lake, but rather to offshore flats that are connected to shore, with water six to eight feet deep, and featuring some scattered cover – weeds, stumps, scattered rocks, or similar. Because these flats can be expansive, I rely on Humminbird Side Imaging sonar to help me locate the spawning colonies, which have a characteristic appearance on the Side Imaging display; colonies tend to look line honeycombs, with densely packed depressions in the bottom that are dark in the middle and bright on the circular edges. Each of these nests have been fanned out of the bottom by a single fish, which will protect the eggs and fry that hatch there. With ultra-high frequency MEGA Side Imaging, it is frequently possible to not only see the nests, but also the fish guarding them: look for a bright spot, which is the fish, as well as an associated dark spot, which is the fish’s sonar shadow.

Next, we turn our attention to learning more about the residents of these colonies – are they bluegills or crappies? The answer to this question is important, as knowing which fish have created a particular spawning colony will dictate how I target them. This is a great opportunity to leverage the power of underwater video to provide me with the answers I need. I rely on Aqua-Vu underwater cameras to provide me with visual insights into the underwater world. An Aqua-Vu HD7i Pro camera is mounted right on my console, and a quick dip of the optics into the water shows me – in the form of full color, 1080p high-definition video – exactly what I’m dealing with beneath the surface: which types of fish are present, and roughly how many are in the area. There’s no guesswork with Aqua-Vu underwater video; the answers to my underwater questions are crystal clear.

Finally, It’s time to catch a bunch. I’ll begin by revealing that during the spawn – and for the entirety of the summer thereafter, I only use soft plastics when chasing panfish. This is critically important when fish are on the beds, as a quick, injury-free release – especially for big male bluegills – is essential for preserving a desirable panfish size structure in our lakes. Biological studies have repeatedly demonstrated that removal of the big bulls from their nests – those fish over 9” in length – rapidly causes the bluegill populations in lakes to shift to larger numbers of small fish. I’d much rather catch a handful of bruiser bluegills than a hyper-abundance of potato chip sunnies, so every big ‘gill goes back, right away. Soft plastics make that possible, as they ensure that fish can’t swallow a hook so deeply that they are injured during the catch and release process. My favorite soft baits differ depending on the type of fish I’m hovering near: for crappies, I use 2” minnow profile soft plastics, while ‘gills prefer baits that are shorter and “buggier”, like a 1.5” tube. I rig each plastic on a 1/16 oz jig – look for jigs with a wire plastic “keeper” to hold the bait tight to the jighead.

I use the Spot Lock feature of my Minn Kota trolling motor to hold the boat well upwind of my target spawning colony, and then present the jig/soft plastic combo on a long cast; remember, we want to avoid spooking those fish. I lob panfish lures using a seven foot, light power, extra fast action rod, rigged with a 1000-series spinning reel and spooled with 20 lb test Seaguar Smackdown braided line in the Flash Green color pattern. The smooth finish and thin diameter of Smackdown helps provide those long casts that I’m looking for. I complete the rig with a two-foot leader of 8 lb test Seaguar InvizX 100% fluorocarbon to maintain a nearly invisible link to the bait, and to provide just a little stretch in case I end up tangling with a larger fish, like a bass or walleye. Swim and hop that jig back to the boat, and enjoy the fun and satisfaction of locating and catching your very own collection of bedding panfish, off the beaten path. 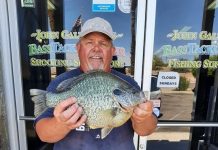 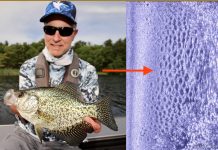