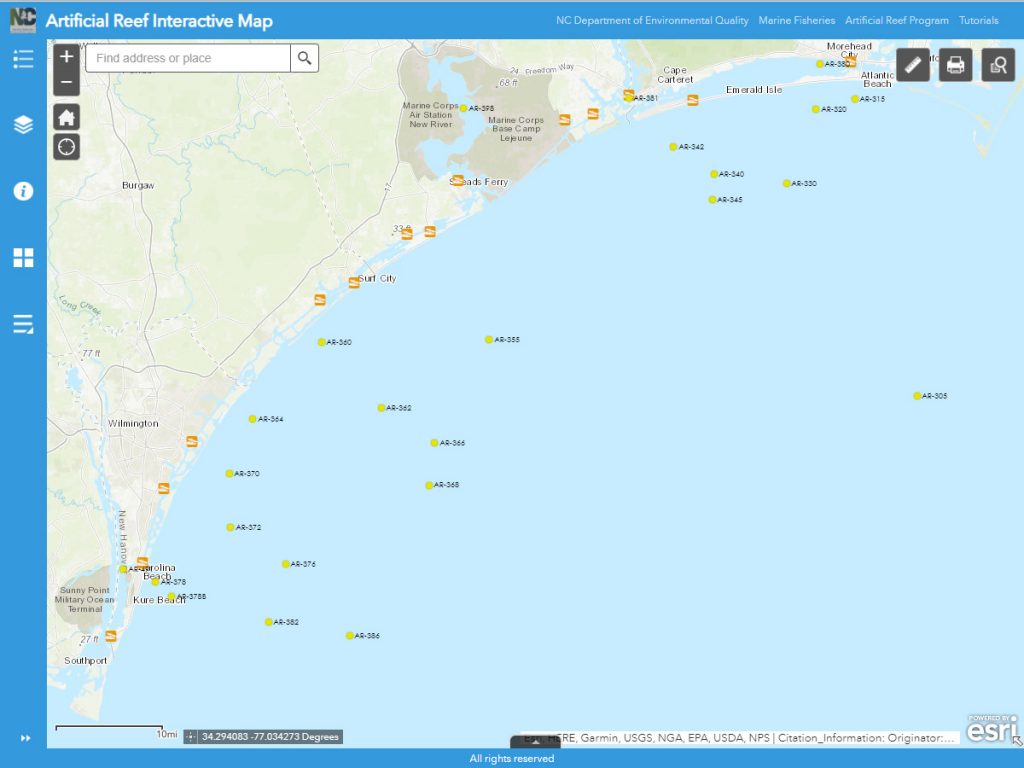 The Brian Davis is a 180-foot Iris class buoy tender, originally named Salvia.  It was built in 1943 and commissioned by the US Coast Guard to begin work in the Great Lakes as an icebreaker in 1944.  The Salvia also was stationed in Portsmouth, Virginia during World War II and was moved to Alabama after the war.  The Salvia was decommissioned in 1991.

Before it could be placed at the artificial reef, the vessel had to undergo a thorough cleaning. It was cleaned of environmental pollutants in accordance with Environmental Protection Agency, US Coast Guard, and US Army Corps of Engineers regulations prior to being towed to the reef site and sunk.  The superstructure was also cleared of masts to leave a navigational clearance of approximately 20 feet.  The division plans to sink some large reef balls and concrete pipe at AR 368 later this fall.

The project to place the renamed vessel on the artificial reef cost $268,000.  Part of this was provided through donations from the Davis family and the local diving community, with approximately $200,000 coming from a Coastal Recreational Fishing License grant.

AR 368 is located in approximately 66 feet of water.  It began in 1986 with box cars that were stripped, cleaned and had openings cut in them before being sunk on site.  These were joined in 1994 by a 241 foot barge, the LC-16.  In 2002, 130 tons of concrete pipe was added to the reef.  There were no other additions to the reef until the Brian Davis was added this July.  The reef is known to hold a variety of fish and the addition of another 180 foot vessel should make it even more attractive to fish.

An artificial reef is a manmade underwater structure, typically built to promote marine life in areas with a generally featureless bottom.  In North Carolina, they serve as crucial spawning and foraging habitat for many commercially and recreationally important fish species.  The Division of Marine Fisheries maintains 68 artificial reefs, that vary in location from the coastal rivers and bays to 38 miles offshore and extend from the Outer Banks almost to the S.C. state line.  The great majority of N.C. artificial reefs are located within 10 miles of shore so they can be enjoyed by a large number of fishermen.

There is an interactive Artificial Reef Guide on the N.C. Division of Marine Fisheries website at: http://portal.ncdenr.org/web/mf/artificial-reefs-program.