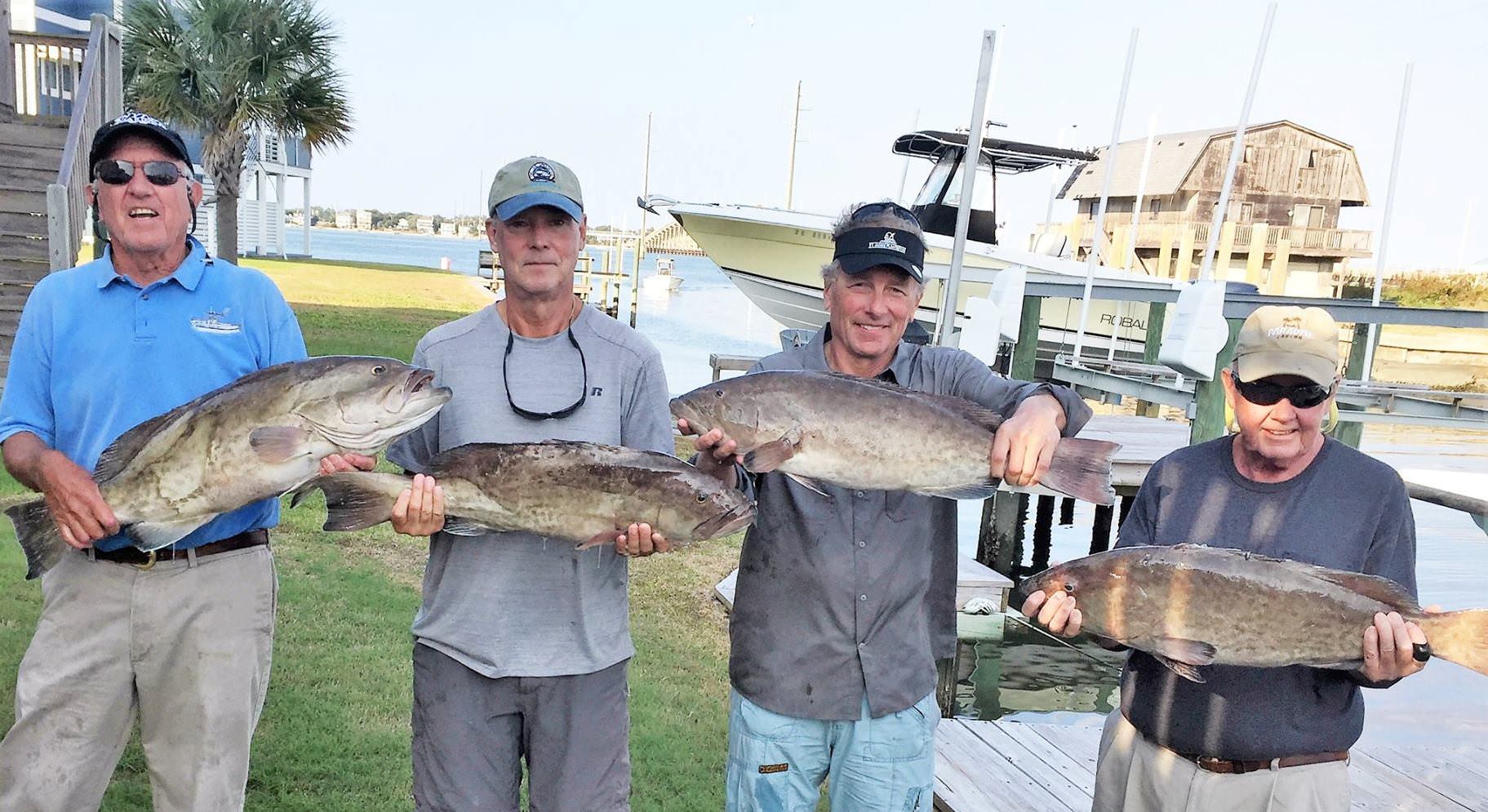 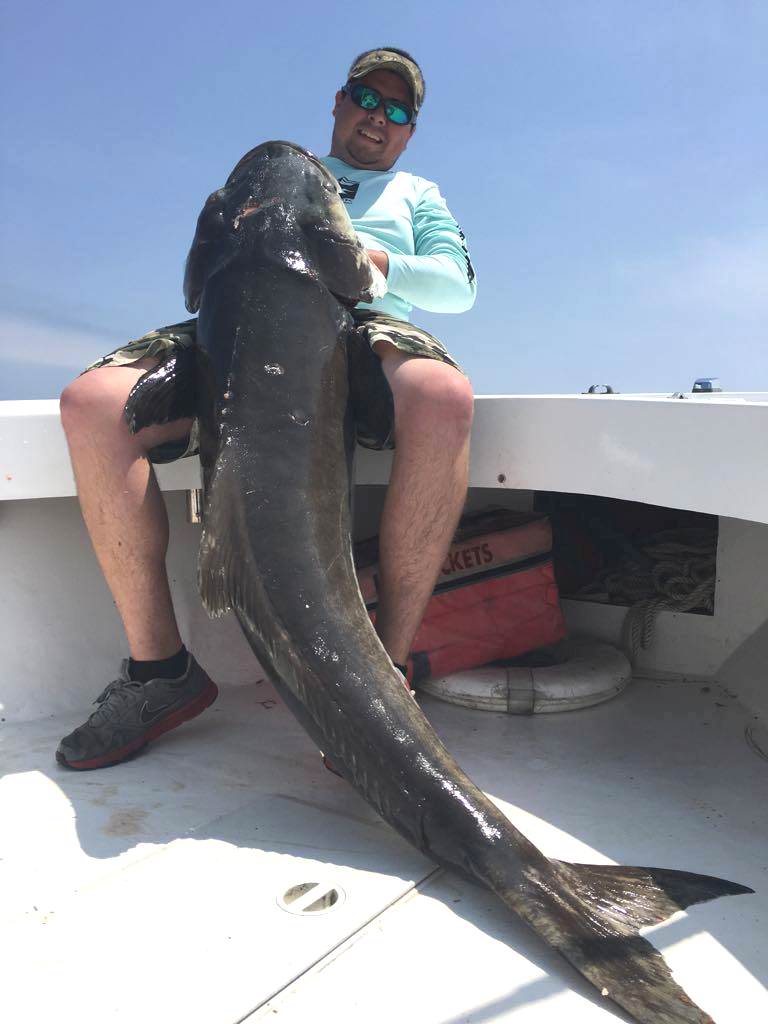 I’d like to say that effective on May 1, things will be right again for fishermen seeking cobia and shallow water grouper. I’d like to, but that isn’t really the case. The seasons will reopen then – and that’s a good thing, but there are new restrictive regulations in place for cobia with more changes being considered. Plus, lowering the annual catch limit for red grouper is under consideration.

​Let’s start with cobia as they will be in range of many more fishermen. Cobia season in federal waters (3-200 miles offshore) has been closed or closed early along the eastern seaboard for the past several years due to overages in the recreational catch allowances. States lobbied and had limited seasons in state waters (0-3 miles offshore).
​There are arguments that the process used for estimating recreational catches and the stock status isn’t particularly accurate, but this isn’t about that. There are good arguments regarding that and that’s another story, but this is about the season and limits that have been allowed for 2018. There may be more changes coming after the cobia stock ID assessment is completed in June and/or if East Coast cobia management is transferred from NOAA Fisheries to the Atlantic States Marine Fisheries Commission.

​The road to the current season and catch regulations has been long, with several detours and a lot of potholes. Last fall the NC Marine Fisheries Commission submitted a proposal for the 2018 cobia season to NOAA Fisheries. It languished in their Technical Committee for several months and was eventually turned down. That led to some wrangling and the NC MFC developing a new plan. The current plan was finally accepted, but it wasn’t a smooth process.

​The 2018 N.C. recreational cobia season opens on May 1 and is scheduled to run through December 31. However, it could be shortened by proclamation if the catch is higher than anticipated.

​The possession limit for recreational fishermen from shore or piers is one cobia per fisherman per day. Fishermen on private recreational boats have a change in their limit during the season. It begins as one cobia per person, with a max catch of two cobia per boat for the month of May and on June 1 reduces to a single cobia per boat, regardless of the number of fishermen. For-hire boats (charter boats) have different regulations even though they are fishing in the recreational fishing allocation. Fishermen on for-hire boats may keep one cobia per person up to a maximum of four or one per fisherman, whichever is less. The minimum size for all recreationally caught cobia is 36 inches fork Length (bottom of lower jaw to middle of fork in tail). 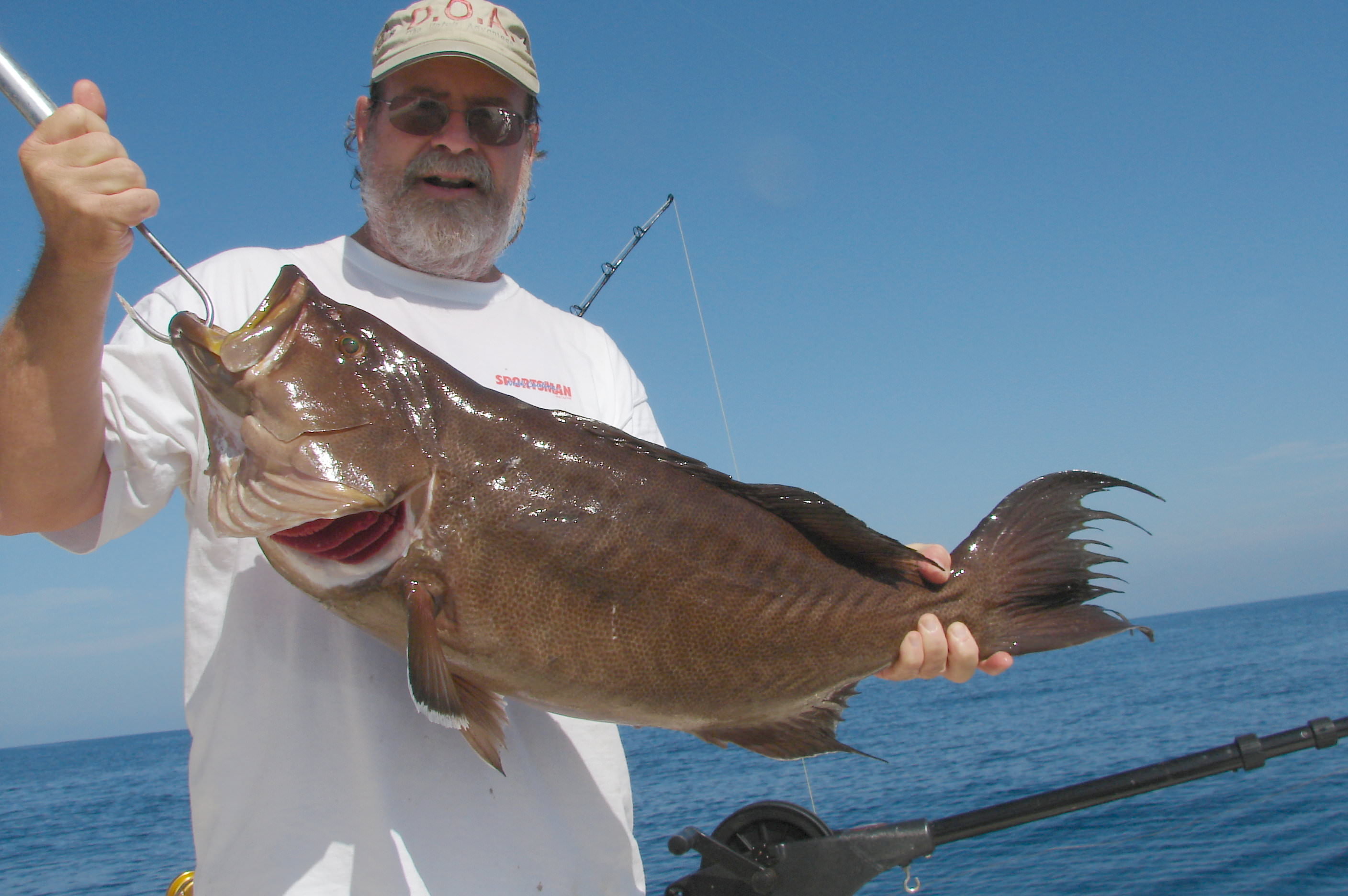 ​Shallow water grouper is a fishery complex that includes black, gag, scamp, red, red hind, rock hind, coney, graysby, yellowfin and yellowmouth grouper. These are offshore species off the N.C. coast and are federally managed, but the state follows the federal regulations. This fishery has an annual spawning closure that begins at midnight on December 31 and ends at midnight on April 30.

​The shallow water grouper season reopens at 12:01 A.M. on May 1, with a 3-fish aggregate limit of all the species. This aggregate may not include more than 1 of black and/or gag grouper. Black and gag grouper have a minimum size of 24 inches total length (tip of lower jaw to end of tail) and the others have a 20 inch total length minimum size. Non-stainless steel circle hooks are required for all grouper species.
​Federal fisheries managers have concerns that red grouper are being overfished and there is a need for separate regulations to lower red grouper limits. NOAA Fisheries has requested fishermen’s comments on a proposed rule for Abbreviated Framework Amendment 1 to the Fishery Management Plan for the Snapper-Grouper Fishery of the South Atlantic Region, which addresses red grouper in the South Atlantic. The proposed rule would reduce the annual catch limits for South Atlantic red grouper more than 80 percent in response to lower numbers of red grouper in the latest population assessment.

​The comment period is open through May 3, 2018. Comments may be submitted electronically or by postal mail. For electronic comment submissions via the Federal e-Rulemaking Portal go to www.regulations.gov/#!docketDetail;D=NOAA-NMFS-2017-0162, click the “Comment Now!” icon, complete the required fields and enter or attach your comments. Comments submitted by mail should be sent to Frank Helies, Southeast Regional Office, NMFS, 263 13th Avenue South, St. Petersburg, FL 33701.

​Abbreviated Framework Amendment 1 may be found online at the NOAA Fisheries Southeast Regional Office website. The direct link is http://sero.nmfs.noaa.gov/sustainable_fisheries/s_atl/sg/2017/red_grouper_framework/index.html. 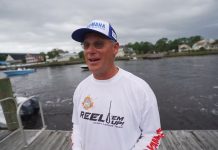