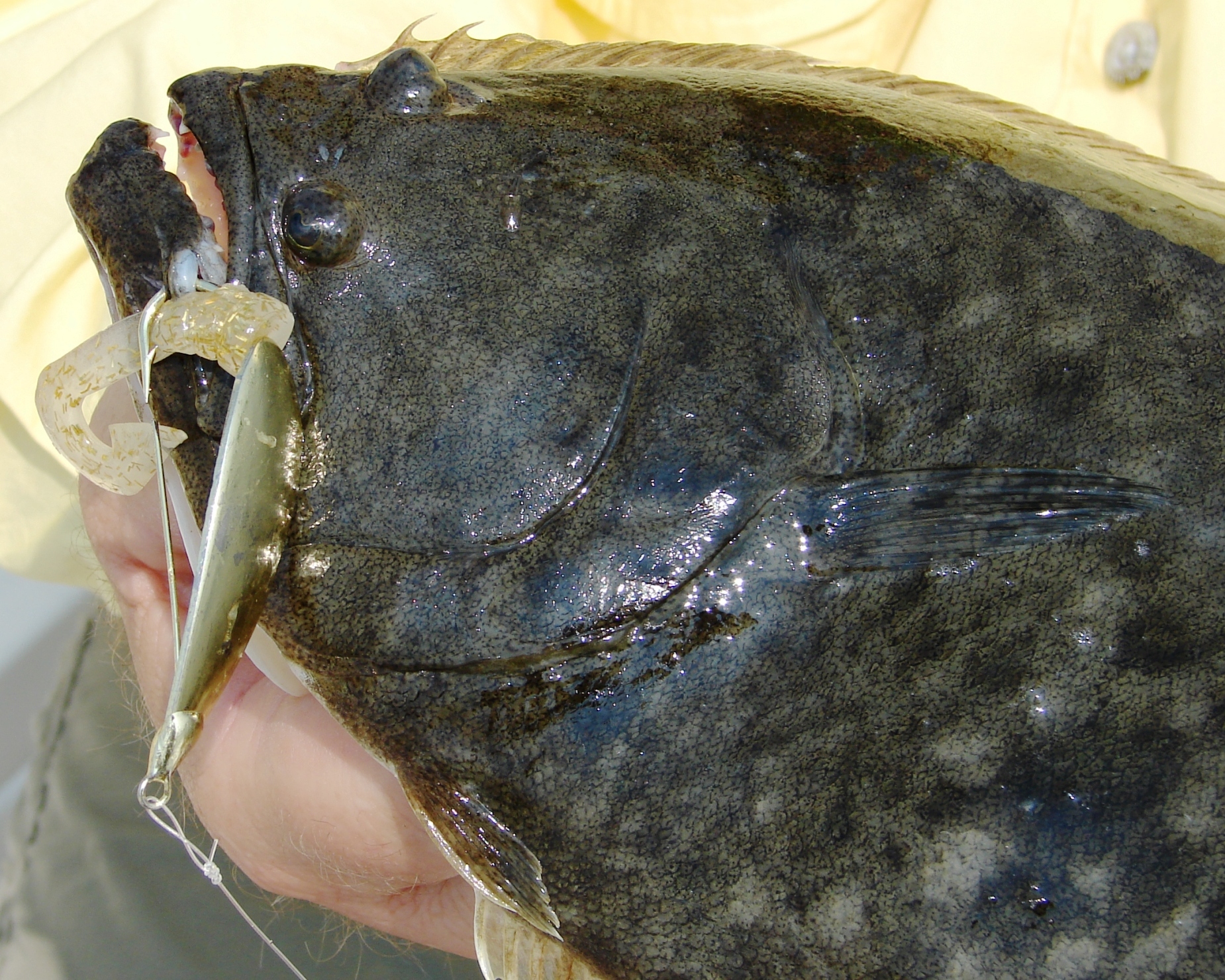 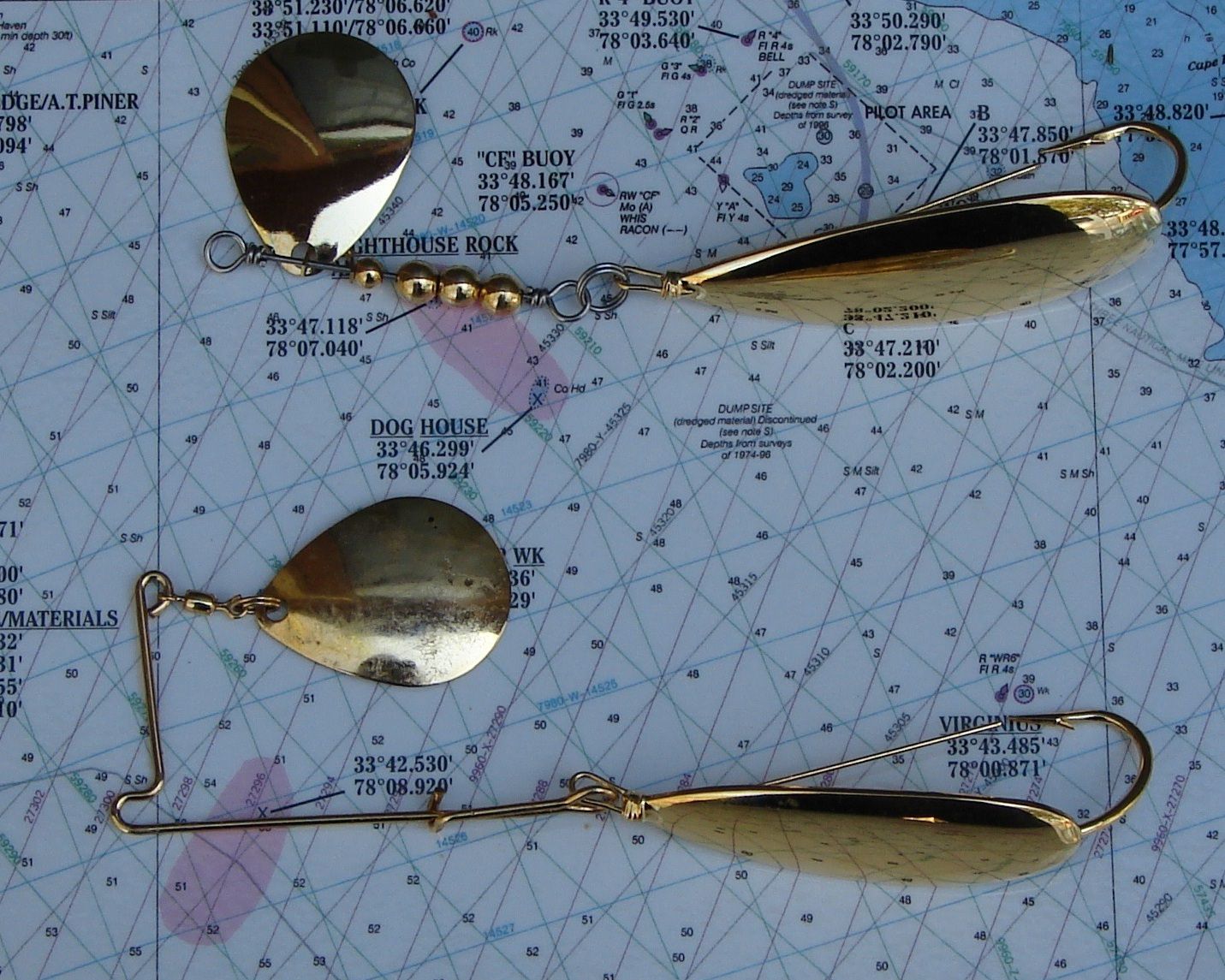 We’ve all heard stories and many of us know of folks that were born as the old saying says, “Born with a silver spoon in their mouth.”  Our tip for this month follows this idea a bit by offering several ideas for fishing with spoons.  Spoons are a bit of a fisherman’s gift horse, but it’s time to look them in the mouth and I think you’ll like what you see – I do.

The spoons many fishermen remember were the weedless spoons made by Johnson that are called Johnson Silver Minnows.  These spoons came in silver, gold and several painted colors and designs.  Saltwater anglers have embraced the gold color, while freshwater anglers may use them all.  This line of spoons is still called Silver Minnows even though silver may currently be the least popular color.

I still smile when I think back on my pre and teen years when I would go into the tackle shops to buy Johnson Silver Minnow Spoons in the gold color.  If you said it quickly, you could confuse the poor salesman at the tackle store and get him to ask you to say it again, but slowly.  I – said – I – would – like – several – 1/2 ounce – gold Johnson Silver Minnows.

Other tackle companies made spoons in the gold and silver plating, then added hammered or etched versions to give a scale look and several even added more colors.  Weedless spoons still catch fish as well as they did 60 years ago.  They lost some popularity and weren’t a preferred technique for several decades and fish didn’t see them every fourth cast, so they might even be a better choice now.  With the rebounding red drum populations and the proliferation of tournaments for them, salt water fishermen began a renewed love affair with weedless spoons and their use is blossoming again.  It hasn’t peaked, but is growing and that’s the highlight of the following story.

Many fish are attracted to spoons.  The spoons we’ll discuss here are all weedless spoons and use some sort of hook guard to help prevent grass, debris and whatever else is in the water from snagging on the hook.  They range in size from 1/8 ounce to 1 1/8 ounce.  There are smooth versions and versions with a hammered or etched finish to give the effect of scales reflecting light.  Weedless spoons are available from multiple manufacturers and are available in several colors.  However, year in and year out, the most popular colors are gold and copper.

Only a few saltwater fishermen use silver spoons, even though they may use silver jigs.  A few more, who fish over white or yellow sand bottoms, use black spoons for some contrast as they move along the bottom.  Most fishermen use gold for all but the brightest days and switch to copper, which doesn’t reflect as brightly and are less likely to spook fish, for those days with a glaring sun and no clouds in the sky.  Using plain or hammered/etched spoons is a personal choice.  The general consensus is the scale pattern of hammered and etched spoons takes advantage of light from any angle to flash their presence.

I learned to fish weedless spoons in three configurations and all are very productive at times.  There really isn’t much difference in these setups, but sometimes those little differences make a big difference to the fish – and that’s what matters.  The first way to fish them is plain.  Just attach them to a mono or fluoro leader (depending on water clarity) with a loop knot and go fishing.

I prefer the No-Slip Loop Knot as it is true to its name and doesn’t slip.  However, it has another quality that is just as endearing.  Once the knot is snugged, the tag end of the knot points back towards the spoon and it’s far less likely to snag grass or debris in the water and make the spoon look odd or affect it’s movement.  I bet you’ve never seen a baitfish swimming along with a grass or debris mustache. 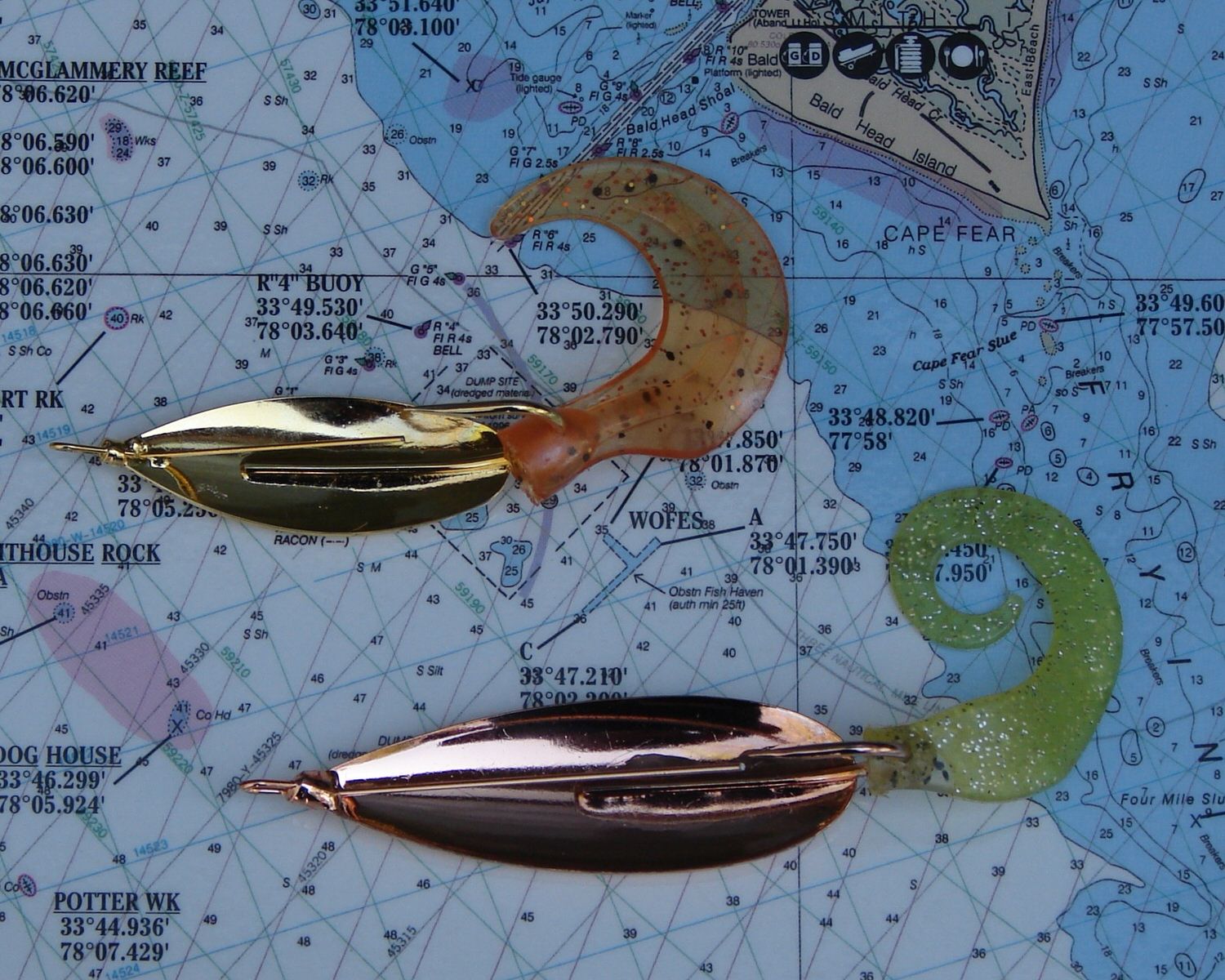 The second way to fish a weedless spoon is to add a trailer to the hook.  I like to use just the curled tail of a curltail grub.  Slide the base of the tail down on the hook with it oriented sideways.  This will allow the tail to grab a little, stretch and release when worked across the bottom or swim frantically without making much headway when off the bottom.  Use the No-Slip Loop knot to attach the spoon to the leader and it will move naturally, which gives the appearance of the spoon being an injured or frantic bait and easy to catch.  This is particularly effective when the water is very warm, like in late July and August, or very cool, like in January and February.

The third way to fish a weedless spoon is with a spinner blade in front of the spoon.  Some fishermen prefer a L-shaped spinner blade arm and some prefer a straight arm so the spinner is in-line with the spoon.  When fishing grass edges, the in-line usually pulls through them easier, but the spinner on the L-arm is typically more visible.

My best success has come using a Colorado Blade or double-cupped Colorado Blade for the spinner and using an in-line spinner.  This blade moves at a slower speed and the vibration from the spinning blade is a lower frequency that penetrates through the water.  It creates an attraction for red drum and flounder (yes, flounder) that other blade shapes can’t match and moves through the water easily.

Fishing a weedless spoon is pretty simple and straight forward regardless of its configuration.  It really is as simple as casting it into a favorable area and reeling it back in.  The X-Factors are knowing where to cast it and how quickly, or slowly, to retrieve it.

Let’s talk the “where” first.  It seems over simplified, but look for places that concentrate bait and they will also attract fish.  The list is creek mouths, small grass islands, oyster rocks, sand bars, grass lines on creek edges, where two or more tidal currents merge and more.

The other part of the “how” is the retrieve speed.  Start slow and speed up gradually if slow isn’t working.  Spoons have some resistance in the water and retrieving them quickly will raise them off the bottom, even with the rod tip held low.  I have found that most often, and especially so when using a trailer or a spinner spoon, the speed when the rod tip barely begins pulsing is a good speed.  I fish weedless spoons using fast tip rods rated 6-14 and 8-17 and the spoon is often still bouncing along the bottom when the tip begins pulsing. 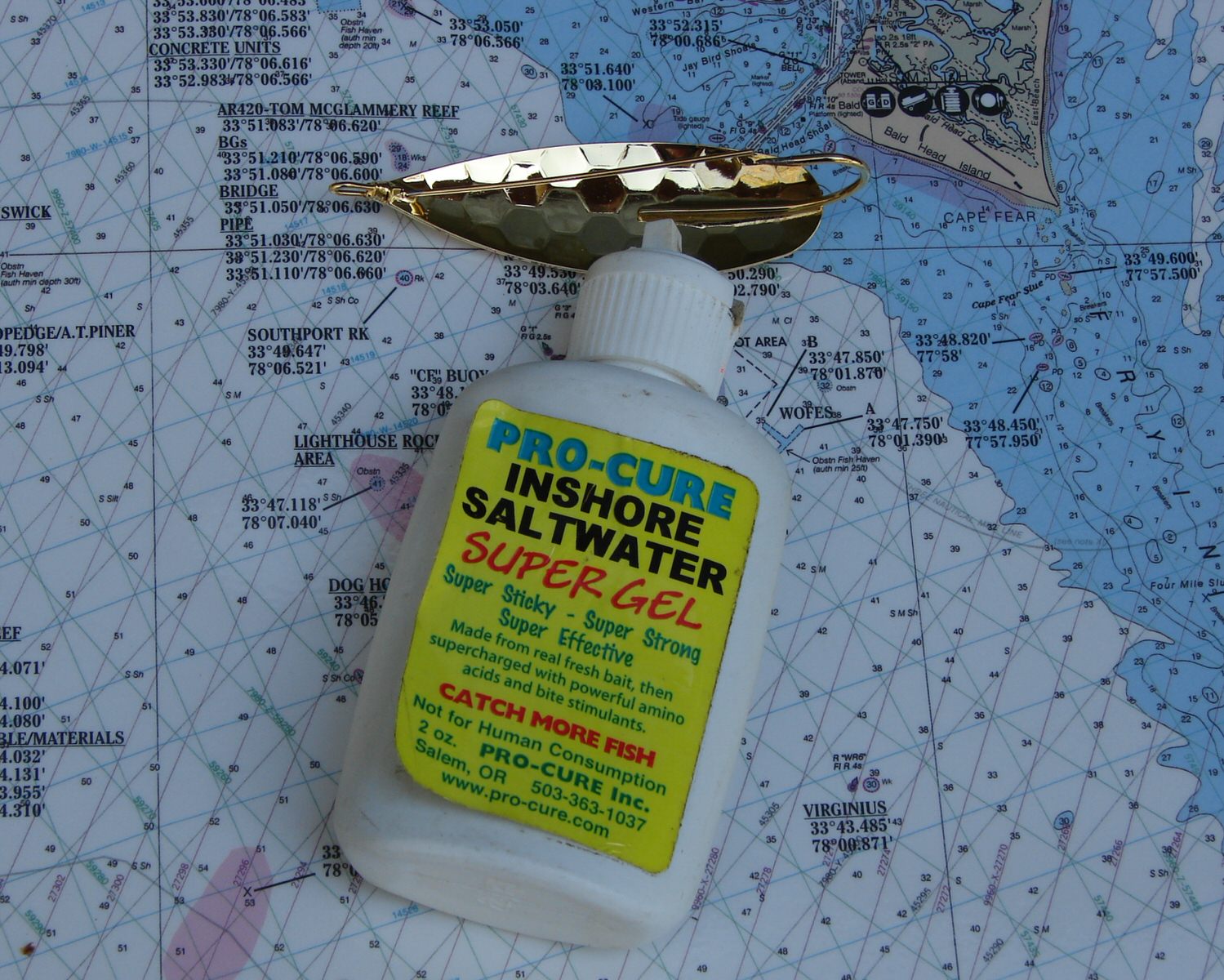 One other tip for fishing weedless spoons is to add some scent – regardless of the configuration.  I like adding scent to just about any lure that won’t be moving too quickly.  I like Pro-Cure Scent Gels and run a small bead down the shank of the hook where it is attached to the spoon.

Spoons will catch a variety of fish and the weedless ones allow fishing in a variety of habitats.  Red drum like them a lot, as do flounder, snook and striper.  I have also caught speckled trout, juvenile grouper, ladyfish and others using them.  In fresh water they catch bass, salmon, northern pike and large spinner spoons often are just the ticket for muskies.  Give them an honest try and you’ll begin stocking them in your tackle box also. 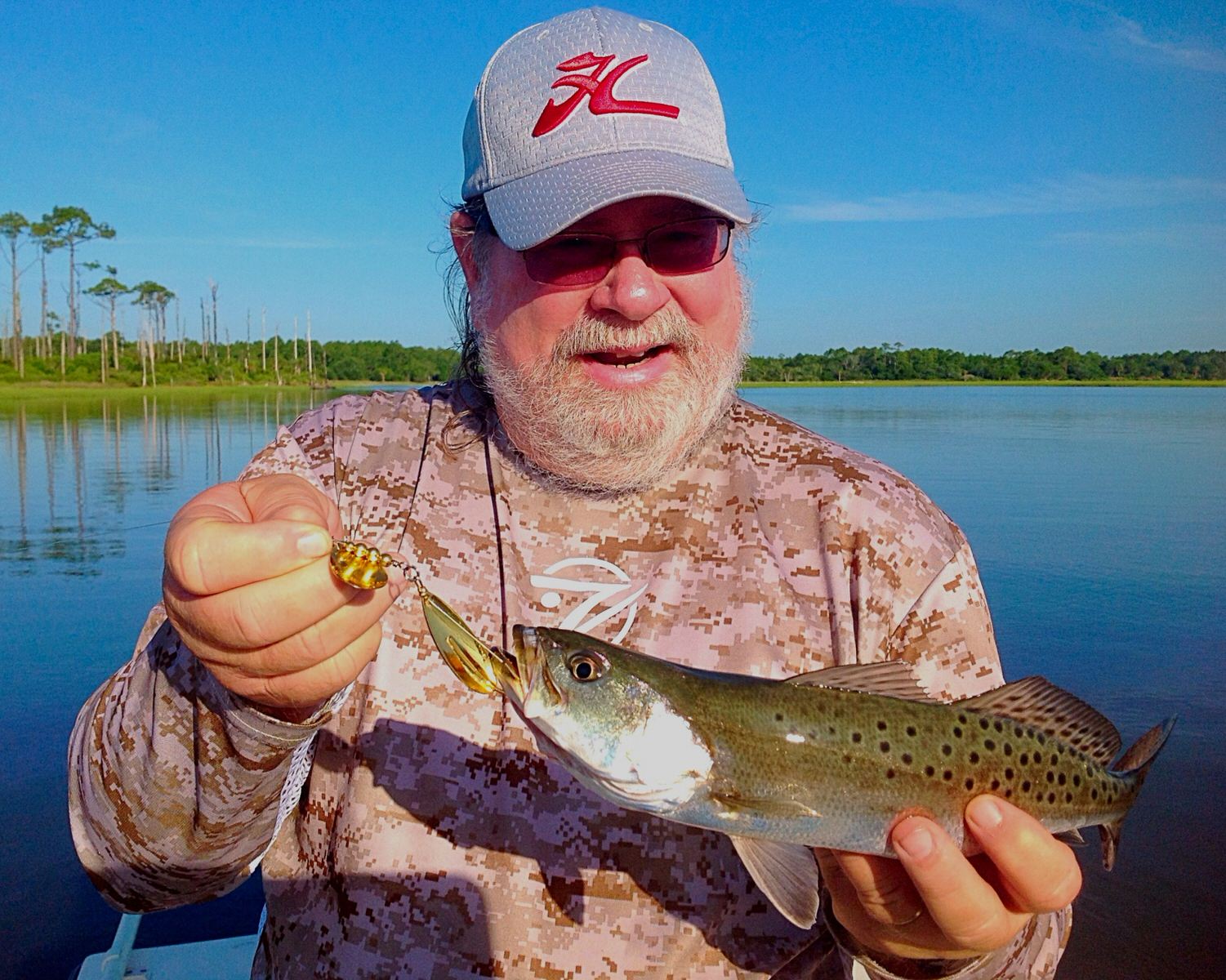