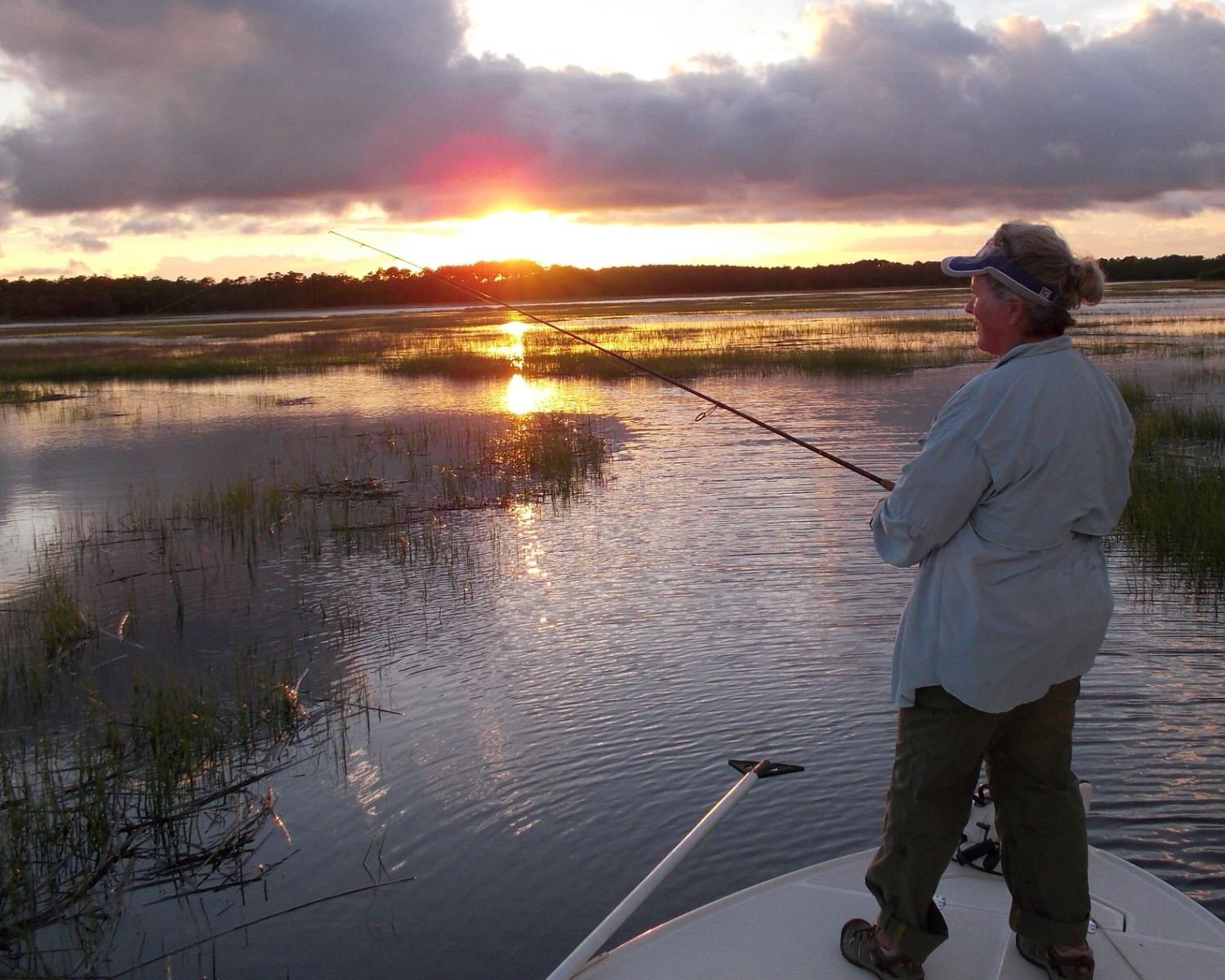 Every winter it seems like there is a topic or two that get talked about more than usual.  Well, with the unusual winters we had in 2020 and are currently having in 2021, there are a lot more of those things being discussed.  However, instead of at the bar or a favorite table at the marina watering hole, right now they are being discussed online or at least at greater distances when a few folks gather.  COVID precautions have greatly reduced boat shows, seminars and such this winter, so our off season lessons become either widespread by being on one of the social media platforms or individual quests to learn a little more for when things get better.

Recently I was drawn into a discussion on tides.  It started because a group of kayakers from inland headed out at Oak Island on the wrong tide and when it changed and became too strong for them to return, they had to call for help.  First things first – they were all OK.  However, the news coverage and social media discourse regarding this opened an ongoing discussion on tides.  There was some snarkiness at first, but folks calmed down and it was interesting to hear the diverse interpretations of how tides work.

Many folks that move to the coast from inland have never experienced tides, so they don’t have even a basic understanding.  All inland rivers flow downstream all the time, the differences come from faster or slower flow caused by excess or limited amounts of rainfall.  At the coast, rivers flow both ways.  The tide rises and rivers flow upriver, then the tide falls and rivers flow downriver.  There are areas where the tide change and flow is extreme and areas where it is almost negligible.  There are also differences in tide timing, the amount of rise and fall and the strength of the tidal currents when the tide is rising or falling. 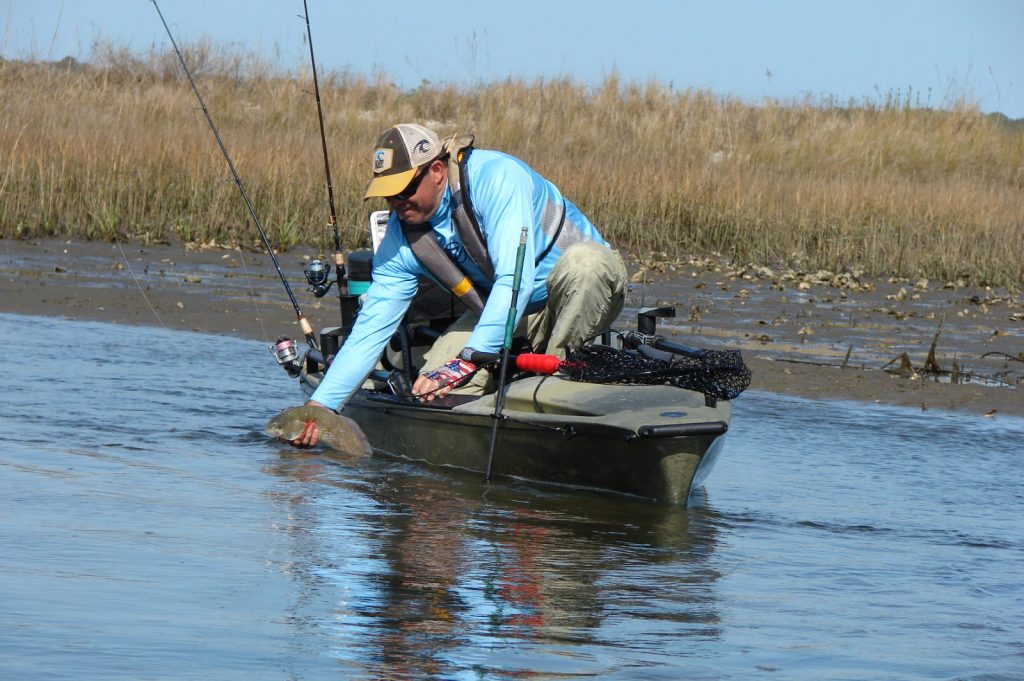 I mention tides any time I’m giving a coastal fishing presentation and elaborate when it is a kayak fishing presentation.  A bay boat with a 200 HP outboard can move against the tide almost as well as with it.  Unfortunately, the same can’t be said for someone paddling a kayak.  The stage and strength of the tide should be a factor whenever planning a fishing trip, whether fishing from shore, a pier, paddling or zooming along in a boat.

There are several basics that must be acknowledged and understood when discussing tides and tidal movement.  The first is that tides refer to the movement and level of water and that water is a liquid that can bend and may even move in different directions at the same time.  The next thing is to understand that the sun and moon affect the movement and intensity of the tides.  We must also understand there are other factors, such as wind direction and velocity, that can also affect the timing, level and velocity of the tides.

Once we realize there are factors that influence the tides that can’t be predicted in advance, we can understand that a tide table is simply a book of tide height and time predictions, based on the positioning of the earth in relation to the moon and sun.  While tide table predictions are usually very accurate, there are unforeseen and unpredictable factors that can alter the exact timing and water levels of any tide.

I live on the Southern North Carolina Coast and our tides are classified as semi-diurnal, which means there are two sets of roughly equal tides each day.  There will be two high tides and two low tides in an approximate 25 hour time span.  Each change of the tide takes approximately 6 hours and 15 minutes.

The tide change in my area runs 4 to 4.5 feet between high and low on most days, but will reach 6 feet on a full moon and equinox tides may approach 7 feet.  The tidal range drops a little to around 3- to 4 feet in the central N.C. Coast and even more to 1.5 to 2.5 feet along the Outer Banks.  Going south the tidal change increases to around 6 feet in South Carolina and to around 8 feet in Georgia.  Even though they sound like a lot more, these tide changes are not extreme.  I have personally experienced 25 foot tide changes in Alaska.  Tide changes in the Bay of Fundy, between New Brunswick and Nova Scotia in the Canadian Maritime provinces, run around 50 feet.

Tidal changes are greatest around the full and new moon phases.  The full moon pulls more water, so the tides are higher than normal, while the new moon may have higher than normal tides too.  There are equinox tides as the seasons change and the fall and spring equinox tides are the most extreme of the year.  The fall equinox is the strongest and affects the tide for more days and brings the highest tides of the year.

Even in these extreme tide changes, the tide cycle still runs true.  There is a complete tide change (high to low or low to high) roughly every 6 hours and 15 minutes.  As more water has to move for the greater tide change, the tidal currents are faster and stronger during the full and new moon phases.

NOTE:  RULE of TWELFTHS – There is an axiom, referred to as the Rule of Twelfths, that is a good guide for judging the intensity of tidal flow at a given point during the change.  This is rated for the amount of water that will flow in each hour during the tide change and it is divided into twelve’s, hence the name.  This is helpful for fishing and an absolute must for coastal kayakers.

This shows the water flow increasing into the middle of the tide change and then slowing as the change is completed. The Rule of Twelfths is surprisingly accurate most of the time.  The tide flow tends to pick up a little earlier and stay stronger a little longer during extreme lunar tides, but the Rule of Twelfths is a good guideline for predicting tidal flow.

Wind speed and/or direction can affect the intensity of a tide change and the amount of change.  Wind can push water or hold water back – sometimes to a surprising amount.

Along the N.C. Coast, the affects of wind on water movement are most noticeable along the edges of the large sounds and the rivers that feed them from the central to northeast coast.  There is some regular lunar tide exchange in the sounds around the ocean inlets, but virtually none on the mainland side.  Any significant water level changes there are produced by wind.  A strong wind will push water from one side of the sound to the other and occasionally even up the rivers that feed them.

This is the most easily seen during hurricanes and nor’easters.  In recent years, several storms have pushed almost all the water away from the Outer Banks and flooded the mainland side of the sounds.  A couple even pushed water up the Neuse and Pamlico Rivers and flooded many lower areas around Swan Quarter, Belhaven, Bath, Washington, Oriental, New Bern and Eastern Carteret County.  Some storms follow a path that their winds push the water the other way and cause sound side flooding along the Outer Banks.

Another important thing to know about tides is that they are not at the same stage at all places at the same time – even just a few miles away in the same river and inlet system. Tide changes begin along the ocean beaches, then move through the inlets and inland.  There may be a variance of several hours between the tide stage at an ocean inlet and at a location several miles inland from the inlet and the inland tide stage will be later than it was closer to the inlet.

Several examples are the same tide stage on the Cape Fear River near Wilmington will be several hours later  than that stage in the Cape Fear River between Southport and the inlet.  A similar example in the Morehead City/Harkers Island area is that similar tide stages at Spooners Creek and the Harkers Island Bridge occur approximately 2.5 hours later than at Beaufort Inlet.

It is important to understand the tides for many reasons.  Most fish prefer to feed in moving water, so knowing the tide includes knowing when the water is moving.  Some spots fish better on either a rising tide or a falling tide, so understanding the tide gets you in position at the right time.  Some preferred fishing spots are only accessible during higher stages of the tide, so knowing the tide lets you be there as soon as you can get in and know how long you can stay without getting stuck.

Last, but certainly not least, fishermen in underpowered boats, kayaks and such will greatly benefit from knowing the direction and stage of the tide.  Knowing this, they can choose launch sites located so the tide can push them to where they want to fish and after the tide changes, it will push them back to where they launched.  As several kayakers learned a few weeks ago, there are times and places the tide is really strong and making headway is near impossible.  Understanding tides can make the travel to and from your favorite fishing spot easy – or at least easier.

The rise, fall, and intensity of the tides definitely have an effect on how and where the fish bite and affect the ease or difficulty of reaching them.  When something affects the fishing to this degree, it is important enough to take the time to thoroughly understand it.  With a little experience, you can plot out your favorite areas and know when and where to move.  The tide changes several times each day and understanding its movement, timing, and how it affects the feeding priorities of fish, will usually change your fishing for the better.  That’s what’s up with the tide!