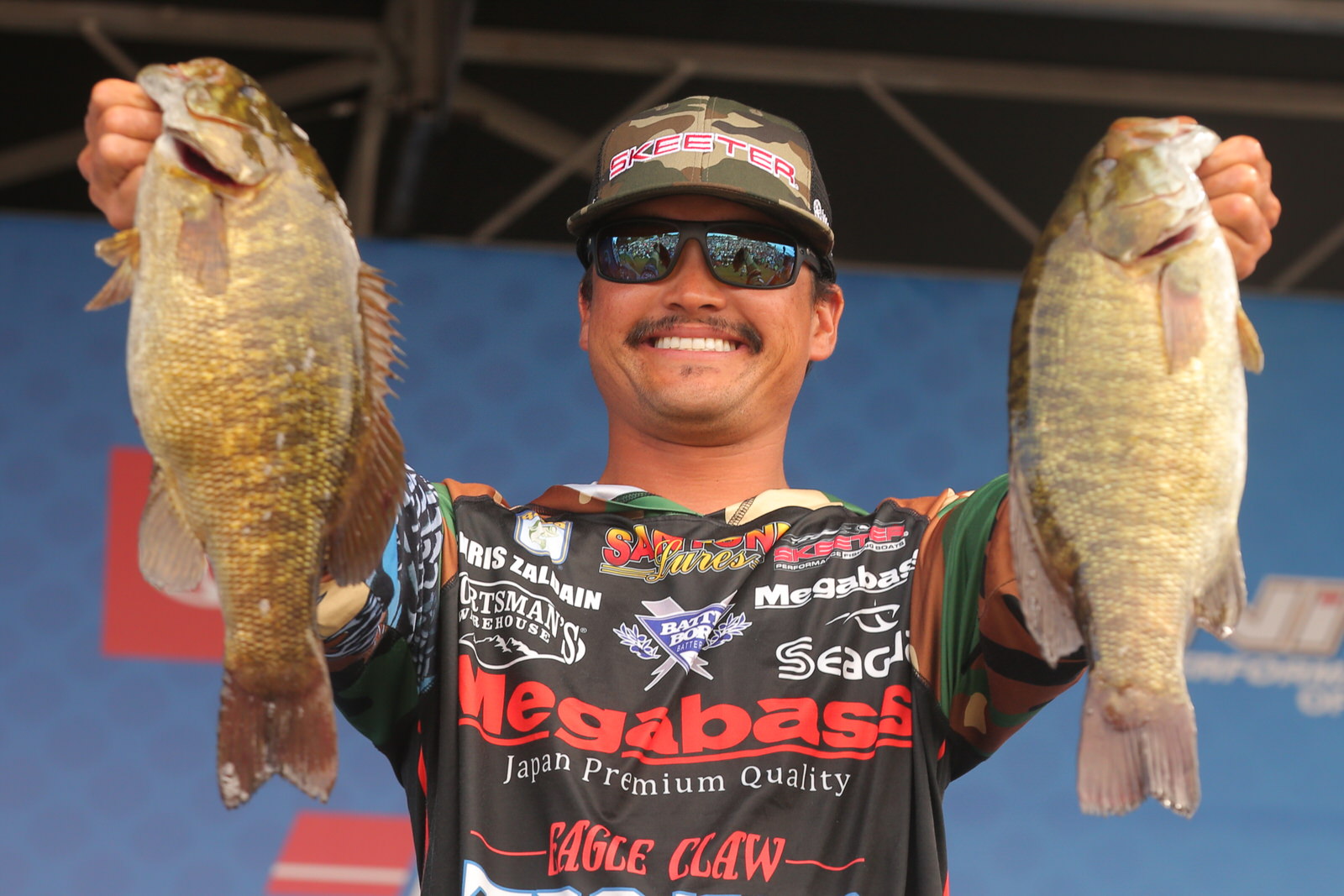 Or ended much better.

The California native who now lives in Fort Worth, Texas, woke up Thursday to find that several of his best rod-and-reels had been stolen during the night.

But with what he had left, he went out and caught five bass that weighed 24 pounds, 5 ounces to take the first-round lead at the SiteOne Bassmaster Elite at Cayuga Lake. His catch was 10 ounces better than that of second-place angler Jeff Gustafson (23-11) and one of 14 bags of the day that weighed at least 20 pounds.

“I opened up my rod box and my whole top layer — my starting lineup of Megabass rods and Shimano reels, $1,000 combos — were just gone,” Zaldain said. “It started out really bad. But I decided to salvage what I had, re-tie a few things and just stick to what I knew.”

As is often the case during the early rounds of an Elite event, Zaldain was tight-lipped about how he caught his fish. He said he only used two or three baits most of the day, but wasn’t specific about what they were.

It helped him, he added, that the situation took place on a fishery where the bass are often very cooperative once you locate them.

“Just like any northern fishery, when you find the bass here, they will bite,” he said. “I will say they’re not as easy to find as they were when we were here in 2016. I’m not finding huge groups of fish where you catch one every cast.

“You’ve got to work every spot, see what’s there and mine everything out of it.”

Despite not finding giant schools of bass, Zaldain was hopeful about his chances of repeating his success Friday.

“This place is unique in that your spots replenish,” he said. “I learned that the last time I was here. There are so many bass in Cayuga that it’s not even funny — and when they pull up to some of your waypoints, it happens fast.

“The average fish on this place reminds me of Clear Lake back in California — just fatties that weigh about 3 3/4 pounds.”

Zaldain’s excellent day was just enough to put him ahead of Gustafson, who came close to leading an Elite Series event on Day 1 for the second time this year. The Canadian newcomer led the first round on Georgia’s Lake Lanier — the second event of the season — only to struggle on Day 2 and finish 48th.

Gustafson, who is making his first trip to Cayuga, said he was surprised by the size of his catch, judging from what he caught in practice.

“I was hoping to catch 19 or 20 pounds today,” he said. “I wasn’t really expecting to catch the quality of fish that I did. I don’t really have a lot of spots — and the ones I do have, I’m having to lean on pretty hard.”

Gustafson grew up fishing deep water in Canada, and he said the offshore bite on Cayuga has been relatable to what he’s used to at home.

“This time of year and into the fall, we’re fishing deep water back home,” he said. “The same thing is kind of happening here — at least for me.

“I know guys are fishing grass and fishing shallow, too. That’s what’s really cool about this place. You can kind of do what you want to.”

Alabama angler Scott Canterbury continued his impressive run of consistency by catching a five-bass limit of 22-14 that landed him in third place.

It also helped him maintain his lead in the Toyota Bassmaster Angler of the Year race. He now has 687 total points, with Zaldain following in second with 655.

“Today was an unbelievable day on the water,” Canterbury said. “We blasted them today — and I had no idea I was going to catch them like that. It was a lot of fun.”

After finishing third last week at the St. Lawrence River, Canterbury now has three Top 10s this season and has finished lower than 22nd in only one event.

For maybe the first time all year, he admitted Thursday that thoughts of the AOY title are starting to creep into his head.

“There’s still a lot of fishing left,” he said. “But you know, you are starting to think about it a little bit. I just want to keep fishing — and fish to win.”

Florida pro Drew Cook caught 19-2 Thursday and finished in 20th place, but he maintained his lead in the race for DICK’S Sporting Goods Rookie of the Year. Another rookie, Louisiana’s Derek Hudnall, took the lead for Phoenix Boats Big Bass of the week with an 8-1 giant.

The tournament resumes Friday with takeoff at 6:30 a.m. ET from Frontenac Park and the weigh-in back at the park at 3 p.m. After Friday, only the Top 35 remaining anglers will advance to Saturday’s semifinal round.